Reports On The Death Of Parking Needs Are Greatly Exaggerated

If you believe what you read, even on this very site, humanity will be car-free any minute now. Not so fast. While advancements in automobile technology are accelerating, commuters have yet to significantly change their habits, especially in sprawling markets like Houston. The increases in worker density sweeping across the office sector are making parking issues worse, not better. 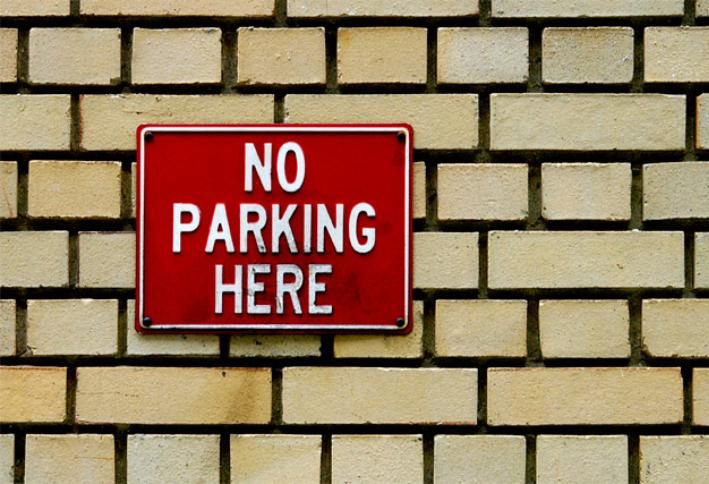 “Parking is a tricky issue because every landlord friend I talk to tells me we’re going to have driverless cars,” Cushman & Wakefield Executive Vice Chairman Tim Relyea said at Bisnow’s Future of Downtown Houston event Tuesday. “Every deal now has provisions about parking being reduced down the road. Yet every deal I’m doing Downtown, tenants want more parking. It’s long term, they’re committed and they need it. That’s one thing Downtown needs to keep a handle on. Downtown monthly parking rates reflect a $5-10 SF premium relative to rents for offices in the suburbs.”

Downtown and adjacent neighborhoods EaDo and Midtown have been exempted from Houston’s minimum parking requirements under an ordinance approved by city council. The move was celebrated by opponents of parking minimums who argue they eat up space in the urban core and no longer reflect the state of commuter habits. Why not let developers decide their own parking situation, they say.

But as parking minimums are stripped away, Houston’s parking needs are increasing.

“It’s driven by the new density in almost every industry,” Relyea said. “Law firms aren't cutting back on people, they’re cutting back on space. They need more parking for less space.”

Currently, the national average is 194 SF per employee, which is down 8.3% from 2009, according to Cushman & Wakefield research. In some industries, the numbers are more dramatic. Add coworking, the densest form of office space and a format that is proliferating Downtown, to the mix and you have a real problem. 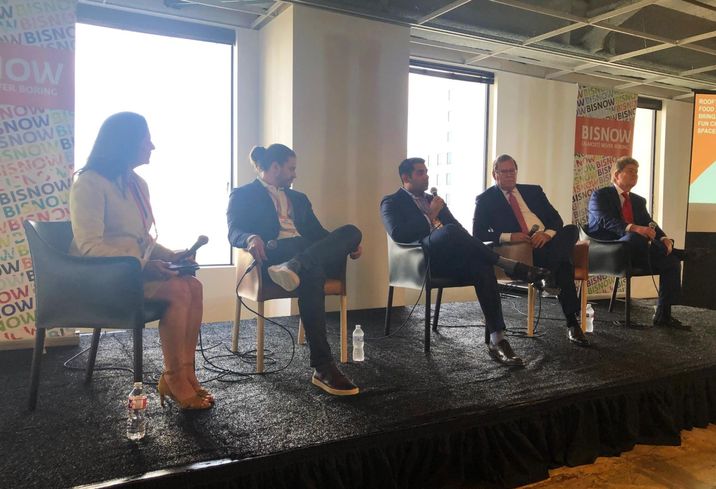 "I agree with Tim,” Transwestern Executive Vice President David Baker said. “The Downtown standard was one [parking space] per thousand [SF] and that’s a pretty big ratio. Now every tenant wants four, five or even six per thousand. To me, parking is a premium. They say we’re at peak parking. I don’t know if that’s true in Houston. That’s probably true for other cities, but 53% of all Downtown Houston employees still drive — that’s a big group. Most tenants probably need at least 2.5 per thousand.”

NewForm Real Estate President Dan Zimmerman said even his hip, tech-focused employees who ride their bikes to work still ask about parking. Zimmerman has been redeveloping several historic buildings Downtown into creative office and retail space. While Downtown’s parking exemption has helped those properties, which lack parking, he admits it comes at a price.

“I think rents do suffer [with a lack of parking],” Zimmerman said.

“[Parking] was a struggle at Jones on Main,” Lionstone Investments Vice President Zain Sayed said. “In the medium term, parking is going to be an issue.”

Not content to rely on Houston’s public transit pipe dreams, years away at best, Lionstone took matters into its own hands.

“We actively found land and built a garage,” Sayed said.

Filling the vacant office space plaguing Downtown is made more difficult by the lack of connectivity to residential suburbs where workers live, incentivizing commuters to drive into the office. 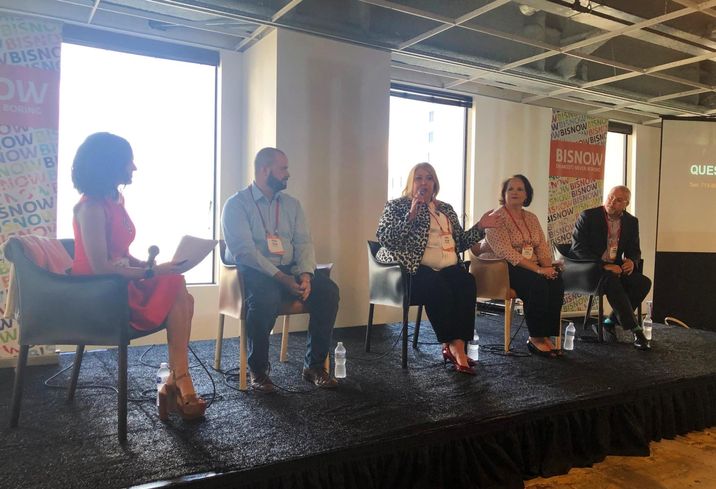 The parking versus connectivity issue Downtown’s office buildings are struggling with will be tackled in Houston’s Nov. 5 ballot.

Houston METRO will ask voters for a $3.5B bond, more than ever before, in hopes of funding 75 miles of rapid bus service, 16 miles of light rail and $600M in local bus system enhancements like restored stops and sidewalks. The full plan, which can be viewed here, would connect Houston’s sprawling metro through the heart of Downtown, solidifying its place as the dense urban core Downtown officials aspire for it to be.

If the plan passes, implementation will take time. Changing commuter habits will take years. A future where Houston needs less parking is possible. Numerous Downtown surface parking lots have been transformed into dense urban real estate in the last two decades. Downtown’s before-and-after-photos from even a decade ago are a stark reminder of how much Houston's parking landscape has changed.

Getting rid of surface parking is one thing. Getting rid of parking altogether is another. Sprawl with a lack of connectivity means Houstonians will always need parking. Stuffing more workers into an office means they will need even more. For now, Houston’s parking needs are alive and well.