For the first time, oil patch companies are starting to talk about efficiency and value assets. Katy is primed to be one of the main beneficiaries. 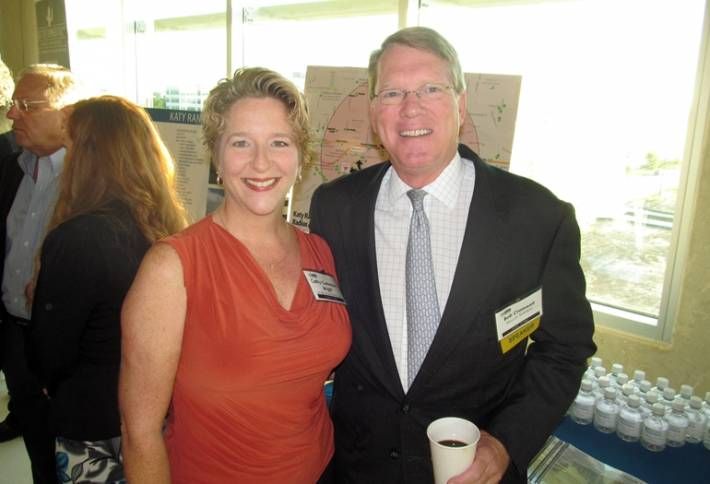 Transwestern EVP David Baker and Moody Rambin managing director Bob Cromwell told 265 attendees at Bisnow’s Future of Katy event yesterday that Katy has the perfect storm to take off as a strong office market. (Which is strange for Bob, who used to duck hunt there.) Its proximity to the Energy Corridor means it captures spill-off demand from energy and energy services companies, and at significantly more appealing rents. David says Katy is a value office market, but it’s Class-A value. We snapped Bob with Landscape Forms’ Cathy Comeaux. 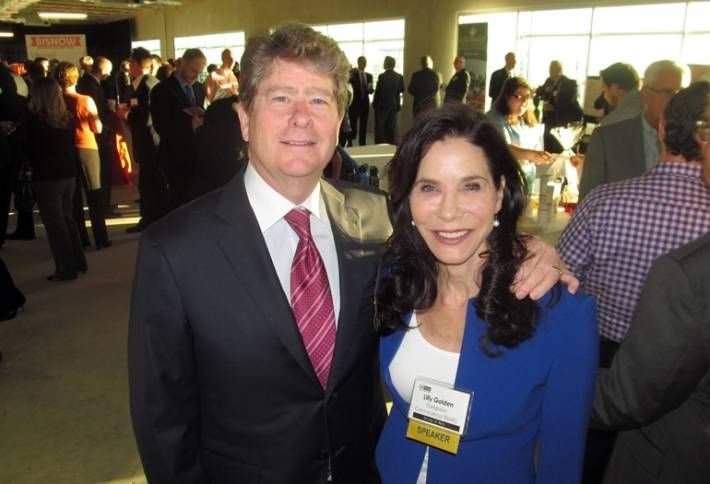 The Energy Corridor will provide another perk to Katy soon: As it densifies and traffic worsens, it’ll become difficult for Katy residents to get through it into the Inner Loop. Katy’s killer master planned communities (more on that in a second) house many of Houston’s execs and employees, and Evergreen Commercial Realty president Lilly Golden (pictured with David) says that means more companies will feel pressure to office in Katy or at least have a satellite office there. Bob is seeing that play out already—he’s got about nine live proposals out for office space in Katy Ranch Phase 1 (which hosted our event yesterday), and says prospective tenants are telling him they refuse to commute into Houston anymore. 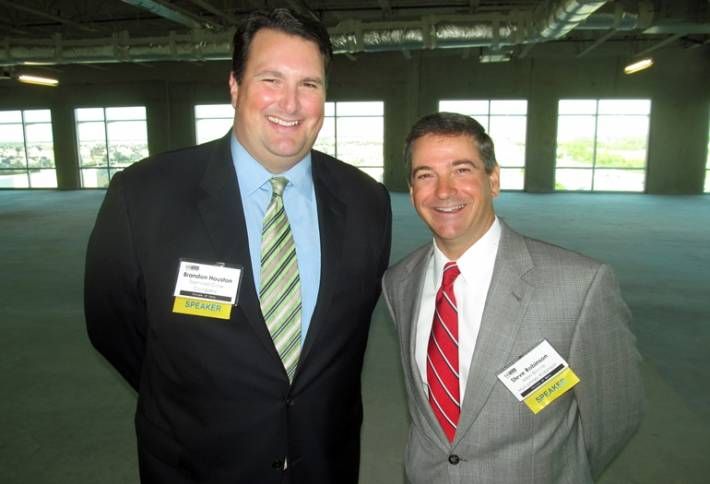 There are some major (600k-plus SF) R&D and energy complexes in the works along I-10 and the Grand Parkway, and Trammell Crow principal Brandon Houston says that’ll spur more spec office. (Brandon’s here with fellow panelist Allen Boone Humphries Robinson partner Steve Robinson.) It’s a very diverse market with lots of flexibility, he says, and it’s a long-term play. Trammell Crow has paused its office portion at Grand Crossing, but Brandon says it’s about to announce lots of restaurants and retail there. Those tenants are excited by the increase in office activity recently because it drives night and day population. 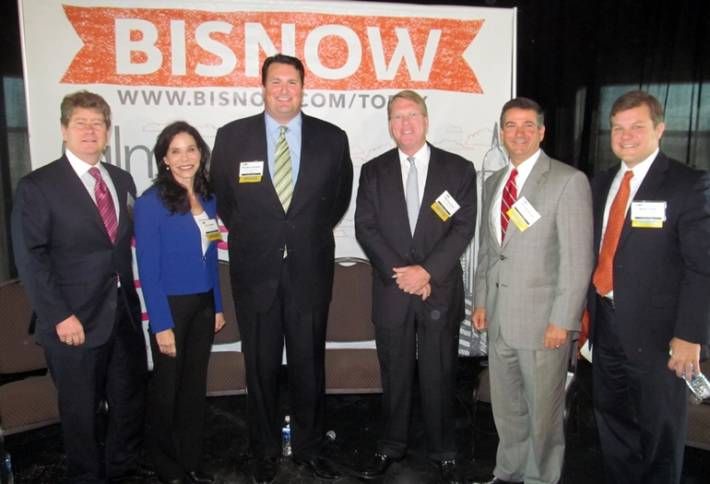 But the main driver of Katy’s success is Katy ISD and the residential base, Steve says. Multiple Katy-area master planned communities are named among the nation’s best each year, and they attract a highly educated workforce that office companies love. David says there are 1 million people living within a 20-minute drive of I-10 and the Grand Parkway, and Steve notes that there are other major thoroughfares being built that’ll open up other parts of town for development, like SH 36A and Cane Island Parkway. The City of Katy is really upping its game to improve quality of life and build up a stronger leisure market—Steve says it realizes those types of projects are hard to pencil, so it’s doing a lot of PPPs (like at Katy Boardwalk). It’s also redeveloping Downtown Katy and building a new City Hall. Here’s our panel: David, Lilly, Brandon, Bob, Steve, and our moderator, Hoar Construction VP Brian Cook. 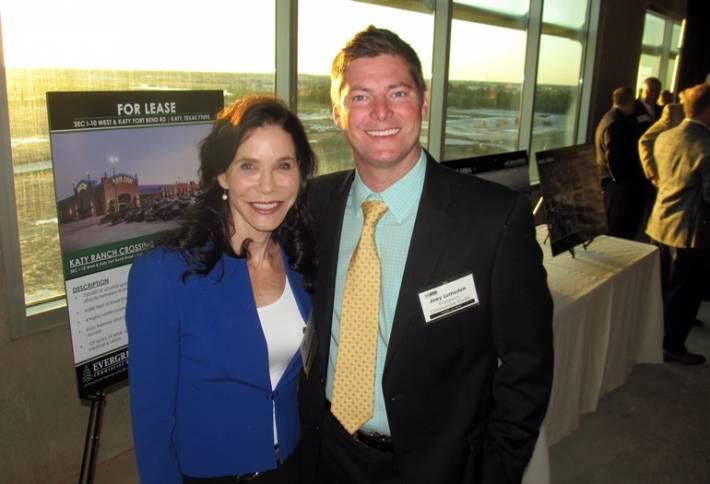 Lilly (here with colleague Joey Lumsden) says Katy-area retailers get sales that would blow your mind, and certainly attract new retailers. Top Golf sells $500k of liquor each month, and popular restaurants sell $200k a month. She says they particularly love the submarket’s reasonable rents and the major highway frontage available (there isn’t anywhere else in town where that’s still left). She’s got 200k SF of deals at the finish line in Katy Ranch’s retail portion. 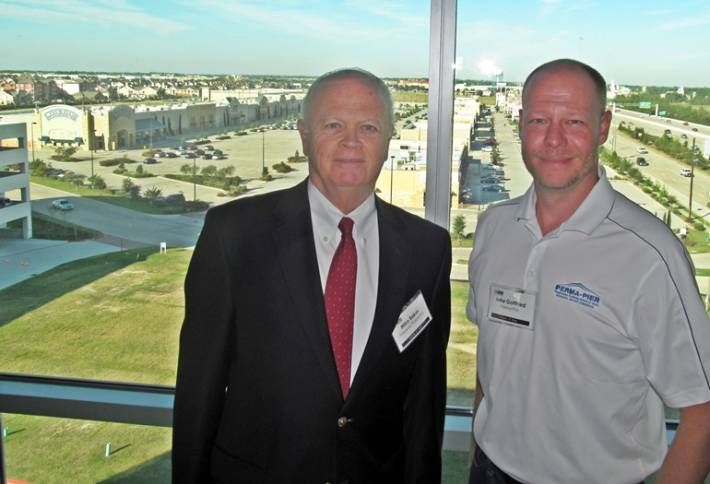 Katy Ranch was developed by Freeway Properties—we snapped owner Mike Baker with Perma Pier’s Jake Gottfried overlooking Katy Ranch Crossing. Katy Ranch is the tallest building for miles, and Mike tells us he loves looking out the windows and seeing new projects start. (It’s a pretty regular occurrence.) He’s got Phase 2 designed and its infrastructure ready but says it could be a few years before that office building launches. While oil prices have slowed that, he’s got a trick to weathering rough cycles in his retail portions—he says he’d rather have a Walmart than a Tiffany’s, because Walmart does well in boom and bust times. Katy Ranch has also focused on entertainment offerings, like the Main Event you can see behind Mike's shoulder. 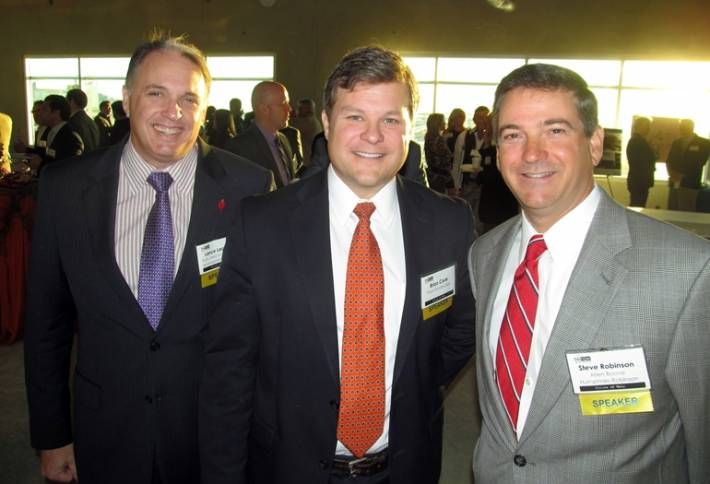 Katy EDC president Lance LaCour (with Brian and Steve) says Katy encompasses the 179 square miles covered by the Katy ISD. That goes out to Igloo Road and includes some of the Energy Corridor. Its population has quadrupled since 1990, and it’s added 14,500 jobs since the EDC was founded in ’03.