Multifamily renters today are living the high life as developers have been constantly raising the bar on amenities. That includes some amazing spaces to cool down during the hot Houston summer. Here are 11 pools that’ll blow your mind. 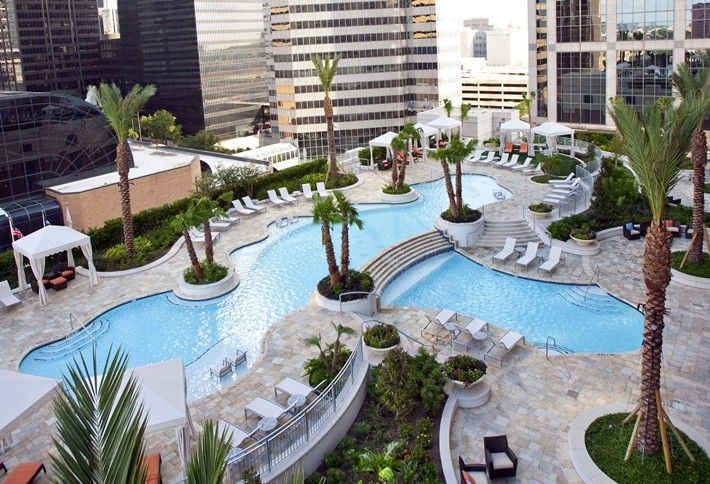 One Park Place is the father of Downtown living, and was ahead of the amenities game. The two-tiered 35k SF pool deck is nestled among skyscrapers and has been called the Oasis in the City. With a cascading waterfall, four outdoor grilling stations, cozy fire pit, and 8’ by 8’ private cabanas, the pool deck’s wow factor contributed to One Park Place winning the 2010 ULI Development of Distinction, 2010 Allen Award and 2013 Cornerstone Award. The landscaping is lush but sustainable, with environmentally friendly materials, drip irrigation to conserve water, native and adaptive plants, and low-maintenance turf. 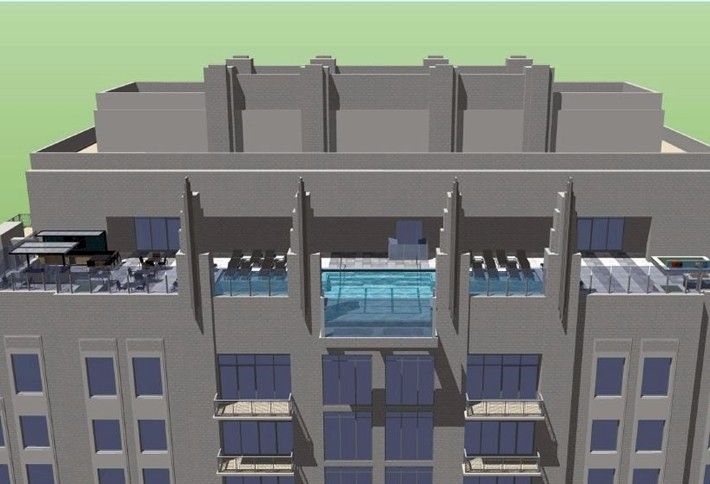 One of Market Square Tower’s two pools will be a heart-stopper—40 floors up, it cantilevers over the edge of the tower. Three sides are glass enclosures, and there will be three window panes so bold swimmers can peer down to the street from the bottom of the pool. The deck will be top-quality, all granite on pedestal pavers. Kudela & Weinheimer (which released this new rendering for us) tells us it’s been particularly challenging meeting hurricane requirements on the 40th floor. 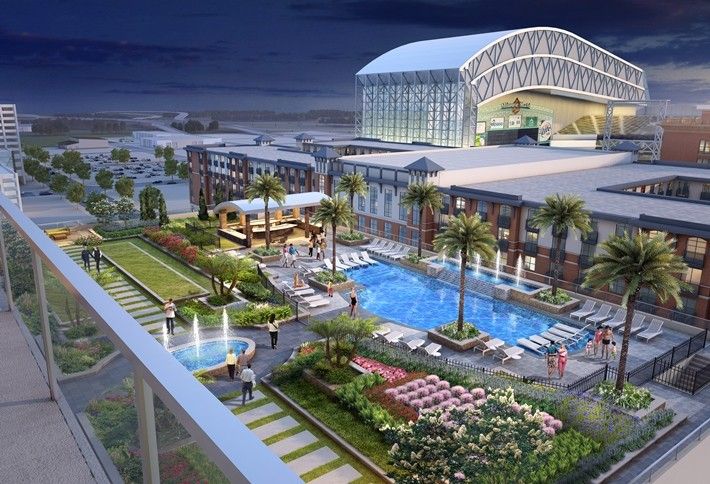 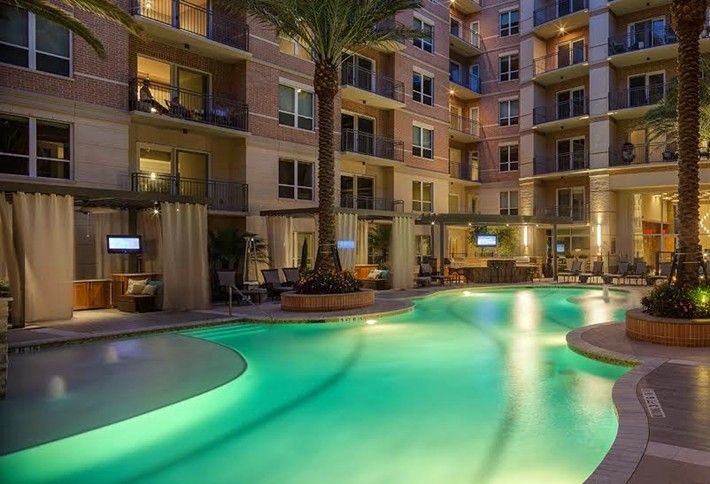 Also known as West Ave II, Gables River Oaks features a rare saltwater pool. The cabanas that line it each have their own electronic safe and refrigerator. And for some pizzazz, the pool is adorned with a fountain topped with fire. 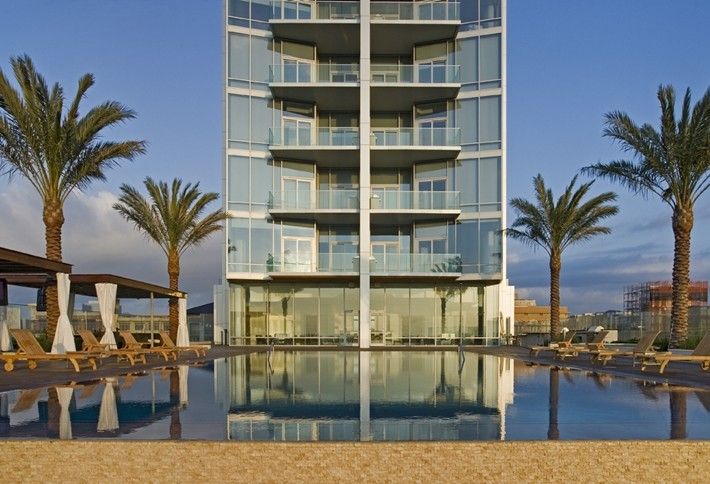 A classic wood pool deck warms the seventh floor pool deck, which includes a putting green. The infinity-edge pool cascades down a wall of sparkling glass tiles that becomes the backdrop for a therapeutic hot tub. 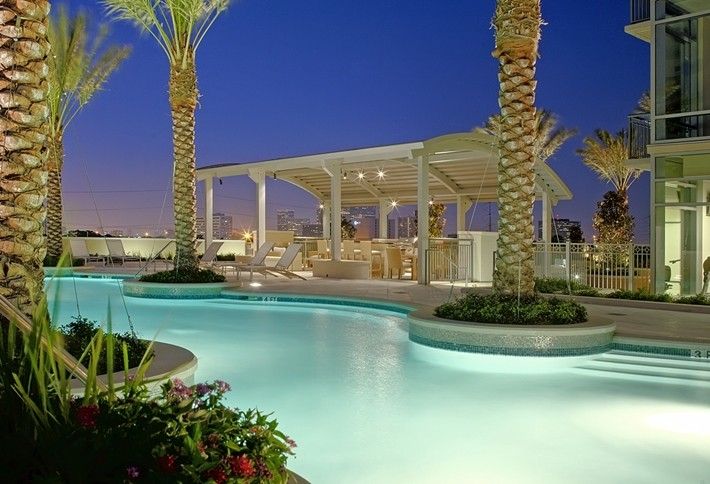 7. The Sovereign at Regent Square 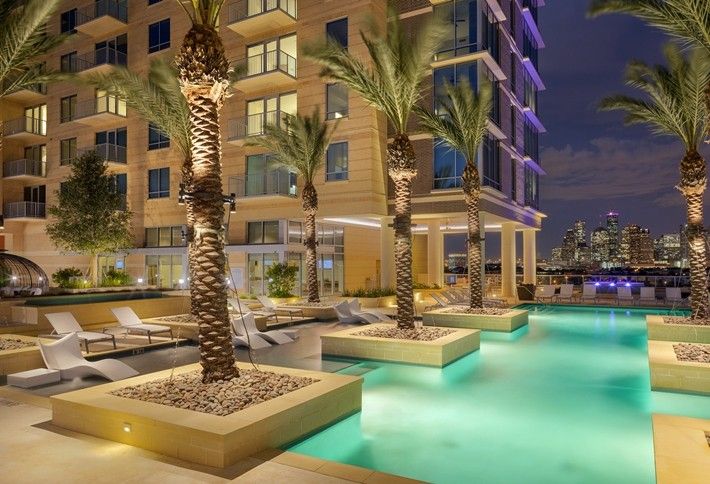 Welcome to one of the best views of Downtown you can get on a floatie. Residents at the Sovereign get to enjoy a high-end 75’ lap pool, modern appointed furniture, and planters with mature palms. If they’re not up for a dip, they can relax in poolside cabanas around fire pits. 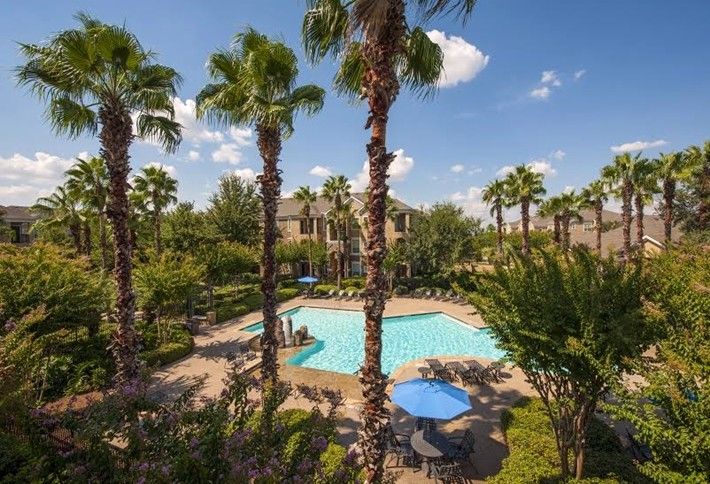 PPI acquired Estates at Fountain Lake from TCR last May (it was previously called Alexan Fountain Lake), and has been upgrading the units and common areas. That includes the pool deck, where PPI recently added a grilling area. 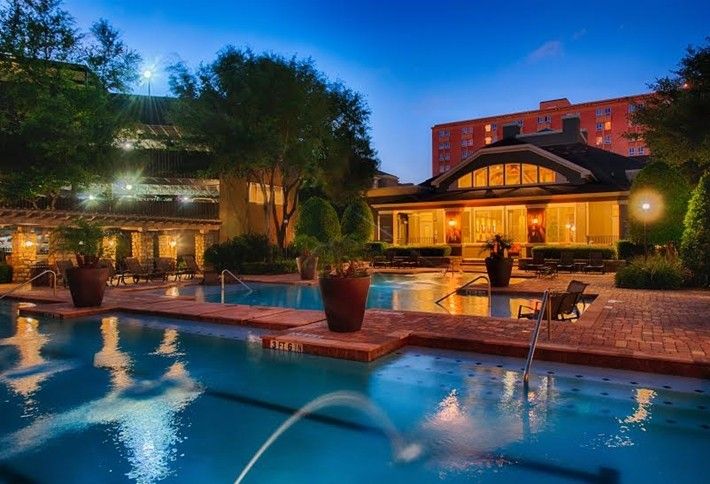 In January, Waterton Associates purchased Villas at Hermann Park, where residents also have two pools to choose from. A lap pool sits alongside (but separate from) a recreation pool with geysers and tanning ledges. The pool deck also includes a pair of outdoor kitchens with grilling stations, perfect for spring and summer barbecues. 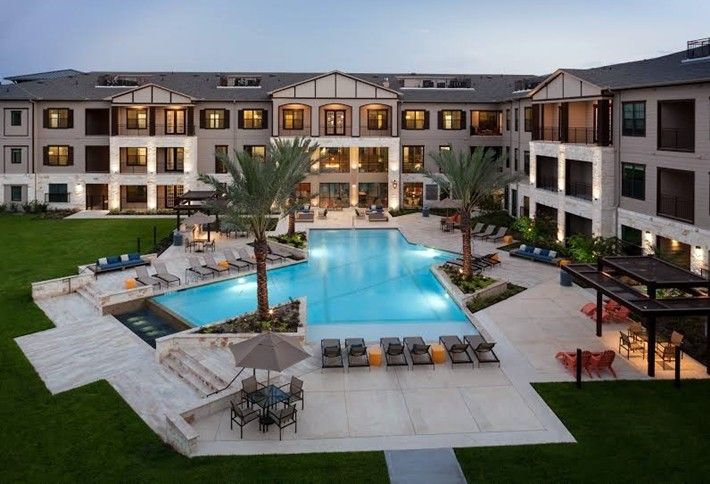 Two pools are better than one at Alexan Auburn Lakes, which features both a lap pool attached to a large outdoor pavilion and a leisure pool attached to the clubhouse. The sun decks are enhanced by waterfalls, cabanas and an outdoor kitchen. Just beyond the pools, residents can go more natural by jogging around the private lake. 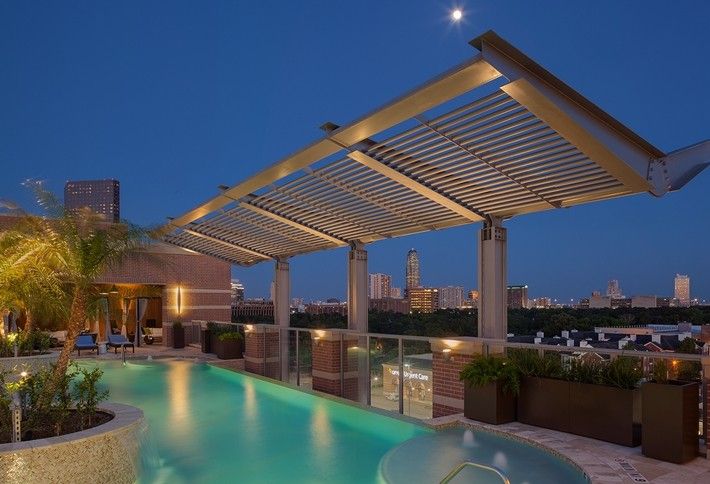 Gables Tanglewood's spectacular rooftop pool terrace has a club room and outdoor living room overlooking the Galleria and Uptown Houston. Tenants can relax by the infinity edge pool and outdoor cabana, entertain in the demo kitchen/lounge, or watch a favorite movie in the private movie theater. 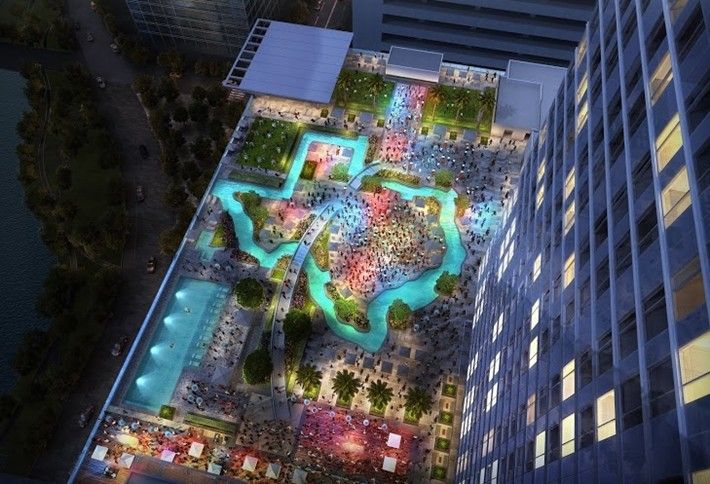 It’s not an apartment, but you can no longer talk about pools in Houston without mentioning the Marriott Marquis Convention Center’s Texas-shaped lazy river towering 110 feet above Downtown. The resort terrace also includes an infinity pool, full-service spa and fitness center, outdoor bar and grill, and group pavilion.