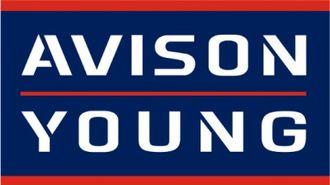 The city known for horizontal expansion might be the most flexible in the U.S. when it comes to investment in CRE. Houston is the largest American city without zoning regulations. High-rises can crop up next to single-family homes, or on lots previously occupied by industrial facilities, with little or no red tape.

In the past, the market for single-family homes in Houston pushed development away from the urban core. Developers several years ago were purchasing tracts of land over 1,000 acres to build master planned communities in suburbs like The Woodlands.

Large land purchases outside of the Inner Loop have slowed, and interest has moved toward higher-density construction closer to Houston’s center. Residential developers have shifted their focus to lots ranging from 10 to 15 acres, with utilities and entitlements already in place. City officials have added benefits to sweeten the deal, offering $15K/unit for building multifamily Downtown.

In Houston’s East End, land development possibilities are transforming a sparse area on the edge of Downtown into an up-and-coming hub for residential and commercial activity. The addition of a four-mile light rail line and the $7M in pedestrian improvements underway will help attract development to the neighborhood's 16 square miles of empty or underused industrial land.

But Downtown has some competition for higher-density development. As the local government pushes for increased density, investors can leverage the ability to transform less popular asset classes into those that are in demand, thanks to the city's laissez-faire approach to land use.

The breadth and flexibility of city zoning has allowed areas outside of Loop 610 to develop mixed-use “town centers.” Suburbs like The Woodlands and Sugar Land, 20 and 30 miles from Downtown, respectively, advertise walkable urban amenities. CityCentre, an upscale development in Memorial City, advertises a live/work/play experience 14 miles west of Downtown.

“Higher density tends to happen around the centers of employment,” said Todd Mason, an Avison Young principal specializing in industrial, land and investment sales. “So you have Downtown, but there are other areas in the suburbs that are starting to pop up. Developments like Sugar Land Town Square and Market Street in the Woodlands, a town center area with several big office moves, like Exxon.”

Regardless of location, the flexibility offered by Houston’s lack of zoning is good news for land investors. They will never be locked into one asset class on their land.

“In a zoned community, once you have your product on the ground, it is a barrier to entry for the next guy," Mason said. "There really isn’t a barrier in Houston.”

Without those barriers, development can happen at a much faster rate. A site can go from greenfield to finished product in under 18 months, instead of the three years it would take in highly regulated cities like New York or Los Angeles. Property type conversions can happen just as fast and with limited restrictions.

“That is the distinction in Houston," Mason said. "For land investors it is a little less risky because if apartments are hot right now, you can sell into the multifamily market. If apartments are down and office buildings are hot, you can sell to office developers or retail developers. A developer is not limited by artificial regulations that may have nothing to do with demand.”

Institutional investors have caught on to the possibilities and lower risk in Houston. City officials have to make urban density worth their participation, but given the ease of development, it should not be that difficult.

“With less cost to entitlement, and fewer political entanglements, developers can bring their product to the market much faster and cheaper,” Mason said.