When the Downtown Living Initiative was enacted in 2013, developers were off to the races. Thousands of new hotel rooms and multifamily units later, some are worried Downtown’s development is outpacing its growth. Midway chairman Brad Freels isn’t one of those people. He’s ready to grab Downtown’s bull market by the horns. (You can hear Brad at Bisnow's The Future of Downtown event on May 25.) 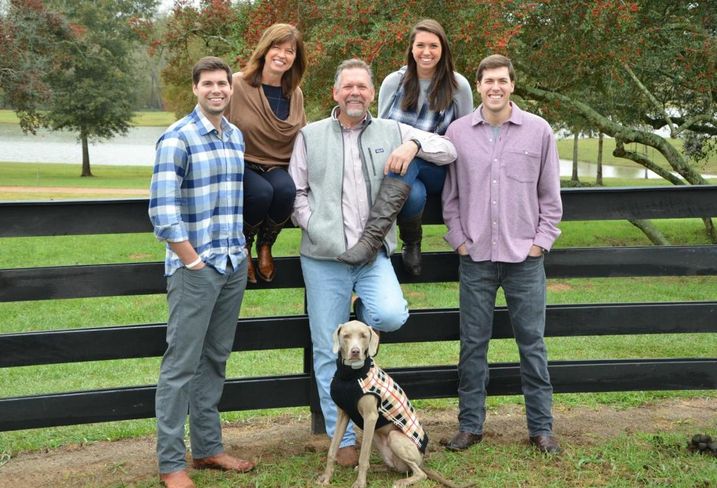 Brad has no doubt the Downtown Living Initiative was the right thing to do. Houston’s CBD needed to become a 24-hour environment, and he says the only way to do that is through residential and hospitality development. As one of the most expensive areas in town, Downtown has not attracted many residents. So far, the initiative has accounted for about 8,000 new residential units. Brad wants to see that get up to 20,000. More residents living affordably and working Downtown is key to the area's revitalization vision, he tells us.

Brad's center here with his family: Kevin (a financial analyst at HFF), wife Claudia, Carly (a senior at A&M), Clayton (a development associate at Midway) and their dapper dog Tusker. 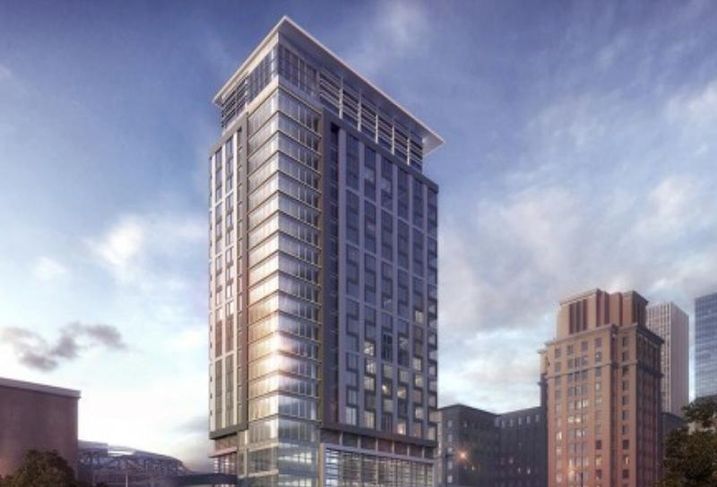 One sector won’t be enough to fully revitalize Downtown, though; it requires commitment from every angle. Downtown has also added about 6,000 much-needed hotel rooms. Despite having the largest concentration of business in Houston, the Downtown hotel market has been grossly underserved. With much of the existing stock outdated, Houston's hotel market has been in dire need of a revamp. Midway has just the project.

Midway, in partnership with Valencia Group, will open the 223-room luxury hotel, Hotel Alessandra, at GreenStreet in 2017. The 20-story building was designed by Gensler while the interior was designed by Houston-based Lauren Rottet. With so much expertise and elegance coming together in one spot, Brad is sure the future 5-star hotel will be the nicest in town.

Other hotels like the Marriott Marquis and JW Marriott will drive Houston’s convention business to the next level, Brad says. With premier accommodations and the newly renovated George R. Brown Convention Center, Houston will be able to attract major national conventions, driving business and further development Downtown. 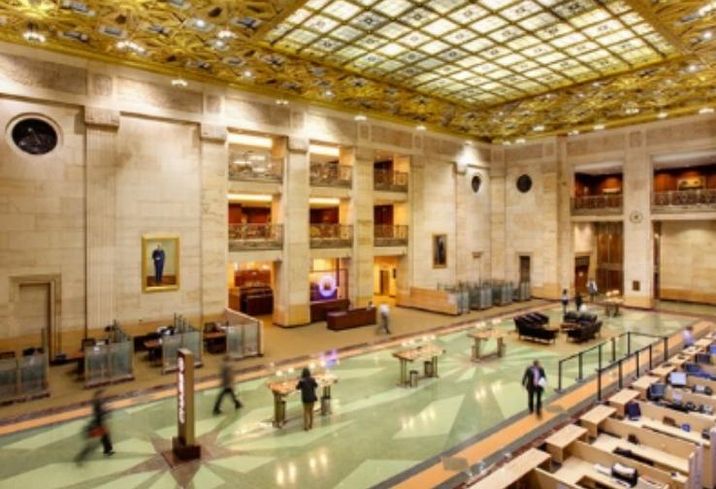 Downtown is also undergoing extensive retail and office redevelopment. Stunning projects at Allen Center and 712 Main (pictured above) are underway. The goal of the redevelopment at 712 Main, spearheaded by Midway and Lionstone, is to reactivate the street by opening it up and adding restaurants and retail. When the project is completed, the building will be called The Jones at Main and retain the honor of housing Houston's largest financial institute, JP Morgan Chase, whose lineage in the building can be traced to 1929. 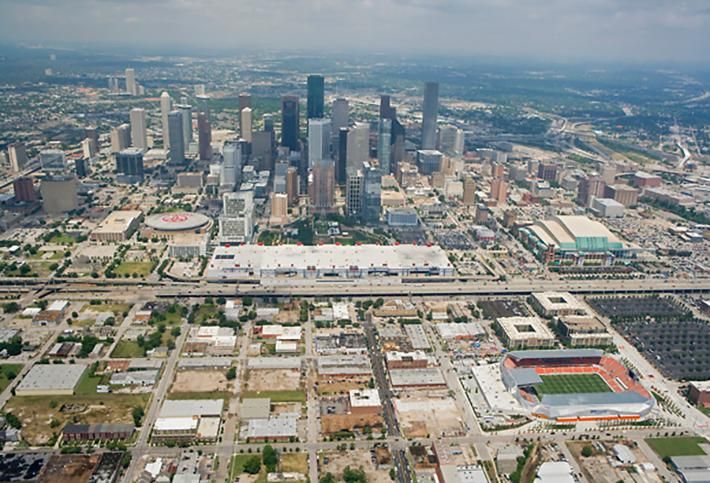 COPYRIGHTED BY JIM OLIVE -- NEED DOCUMENTED PERMISSION TO USE

Brad is uniquely positioned to see all the pieces coming together Downtown. In the years to come, he predicts Houstonians' habits will change. Instead of heading out of town, residents will head into the heart of the city, to enjoy the best of what Houston has to offer.

Make sure to get your ticket to hear Brad Freels, Central Houston's Bob Eury and Cushman & Wakefield's Tim Relyea discuss The Future of Downtown on May 25 at the Hilton Americas, starting at 7:30am. Register here.