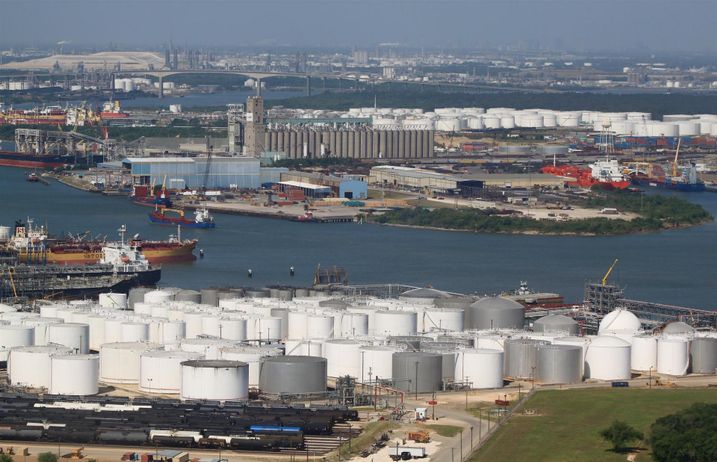 Flickr/Roy Luck
View of the Houston Ship Channel from the San Jacinto Monument.

Activity at Port Houston is expected to pick up in the second half of the year, bolstered by the return of global trade, according to the latest U.S. seaports outlook report from Colliers International.

Port Houston and the other eight major U.S. seaports experienced a robust year in 2019, with year-over-year increases in cargo capacity for both inbound and outbound traffic.

When the coronavirus pandemic caused manufacturing shutdowns in China and elsewhere, the flow of goods into Port Houston slowed dramatically, resulting in a 2.3% decline year-over-year. However, petrochemical exports contributed to the health of outbound cargo volumes, which grew 9.3% year-over-year.

Houston’s industrial real estate sector was only marginally impacted during the first quarter of 2020, as CRE market trends tend to lag broader economic trends, according to the report.

Over the past few months, Port Houston has seen rising demand for industrial warehouse space, primarily for use as storage for a “safety net” of goods and materials. That demand appeared after domestic supplies were swiftly exhausted in the first weeks and months of the pandemic.

“As the economy continues to open, we are seeing an optimistic outlook for third and fourth quarter activity to increase substantially,” Houston Colliers International Principal Gary Mabray commented in the report.

The U.S. Army Corps of Engineers signed off in April on a report that recommends the adoption of a $1B initiative to widen the Houston Ship Channel, allowing marine terminals to handle two 14,000 twenty-foot equivalent unit, or TEU, vessels at once. The project is expected to begin in 2021.

The undertaking of major infrastructure improvements at Port Houston is necessary to accommodate future demographic growth in the region, as well as larger vessels and increased cargo, the report said.

Prior to the pandemic, Houston was already emerging as a top big-box market, with nearly 94M SF of inventory, 5.6M SF of new leasing inventory and nearly 5.2M SF of occupancy gains in 2019. Overall, nearly 9.6M SF of new supply was added in 2019.

The flow of goods through Port Houston is not only driving the growth of big-box retailers in the local area but also in other markets across the region. One of the top benefactors is the Dallas-Fort Worth industrial real estate market, which is one of the most active in the U.S.