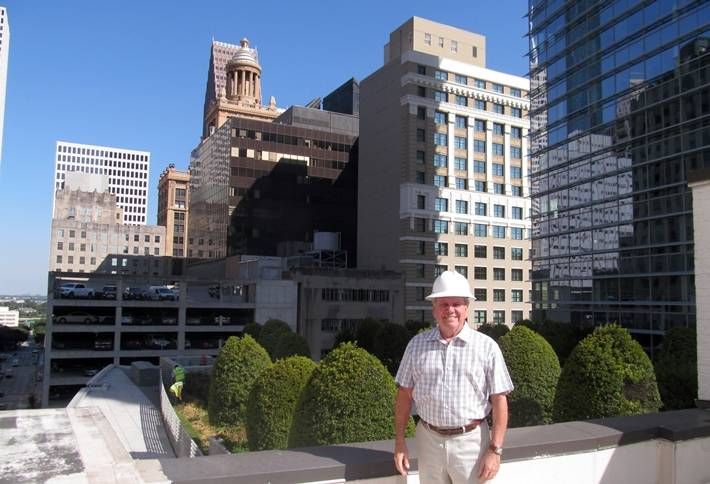 Bill got into historic redos by buying distressed assets during the oil bust of the '80s. At the time there were no historic preservation guidelines in Houston, so he was winging it as he went along. 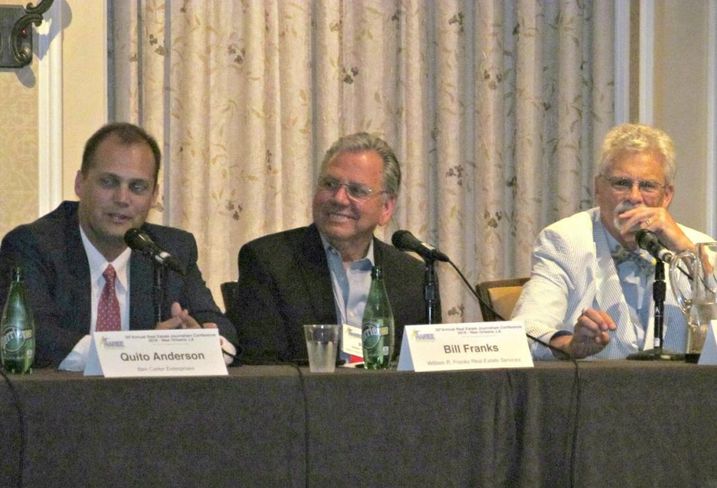 Bill (pictured between panelists Ben Carter Enterprises CEO Quito Anderson and HRI co-founder Pres Kabacoff) has since done four historic adaptions in Downtown Houston. According to Bill, when you buy vacant historic properties everyone is excited and helpful at first, but when you actually start planning redevelopment, suddenly a litany of codes to work around start getting thrown at you. Bill is 82% finished with the renovation of the Stowers building (seen below), but recently got a call from Parks Services saying the project was in danger of losing its tax credits because they didn't like the pipes and sprinklers the city made them put in for fire code. The hotel lost some rooms trying to work around the problem and remain historic.

Fellow panelist Pres Kabacoff (right) of Historic Restoration Inc agreed with Bill on the difficulty of preservation in Houston. He's done over 75 projects around the country but when he worked on the Humble Oil building in Houston it was almost the end of him. (Still, it put the taste in his mouth for major historic mixed-use projects.) 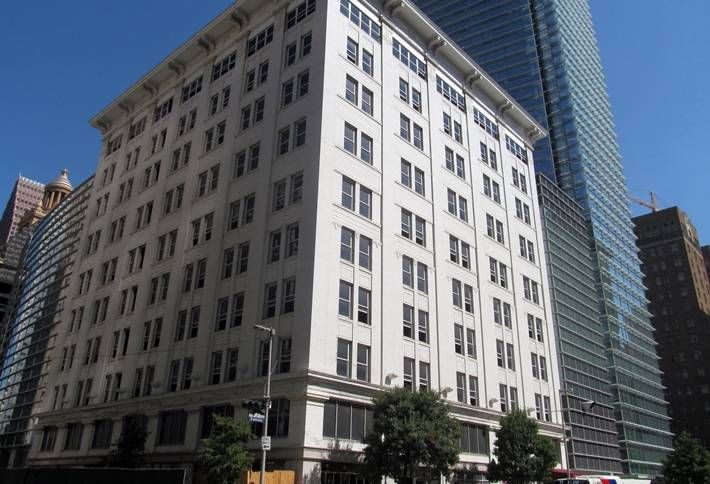 Bill has now successfully converted the Carter Building to a JW Marriott and is working on preservation projects at four Houston hotels, three downtown and one in the med center. In August, the Stowers Furniture Building's three-year conversion to Aloft will be complete.

While Bill is a pioneer in historic preservation in Houston, some might be surprised to find out he's also building a shiny new convention center hotel (breaking ground after the Super Bowl) and helping to pioneer hot new developments in young neighborhoods like Midtown, where he is serving as chairman of the Midtown District. Bill is proving you can cherish the young and old at the same time.

Special thanks to Bisnow's Catie Dixon for the panel discussion notes.