The Texas A&M University system announced on Thursday that it will spend more than half a billion dollars to build a new complex in the Texas Medical Center. 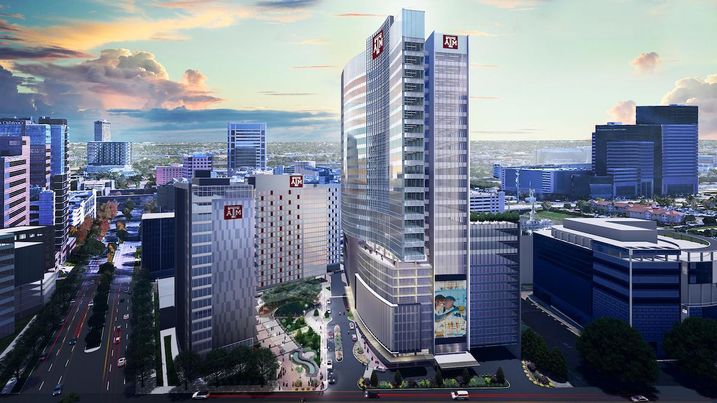 Courtesy of Texas A&M
A rendering of the three new Texas A&M buildings in the Texas Medical Center.

The $546M price tag will include the construction of two new towers, as well as the purchase and renovation of a third building.

Texas A&M has already acquired 1020 Holcombe Blvd., an 18-story building that is undergoing renovations. The building will be used for the university’s two-degree Engineering Medicine program, which will allow students to earn a master’s degree in engineering from Texas A&M, as well as a medical degree from the university’s Health Science Center.

The purchase and renovations are expected to cost $145M, and the overall project is expected to be completed by the summer.

In addition, Texas A&M will build two new towers: a student housing project, and a mixed-use development for medical offices and retail.

The mixed-use building is an integrated medical plaza. The 30-story, 587K SF building will contain 72K SF of retail space and 8,700 SF of green space, and will also include a 13-story parking garage and a grocer.

“We’re looking for a grocer for this because we’re trying to support our EnMed students and our Prairie View students. This is the catalyst, and have them a nice, safe place to live,” Texas A&M Vice Chancellor of Business Affairs Phillip Ray said at a press conference Thursday.

The medical plaza is expected to break ground in the fall of 2021, and completion is slated for June 2023.

The student housing project will be a 19-story, 365K SF building with 572 units and 704 beds. It will include a 1.2M SF parking garage with 3,444 spaces. The project is expected to break ground in October, and is slated for completion in June 2022.

Both projects will be constructed through public-private partnerships. The combined price tag of the two new projects is $401M. 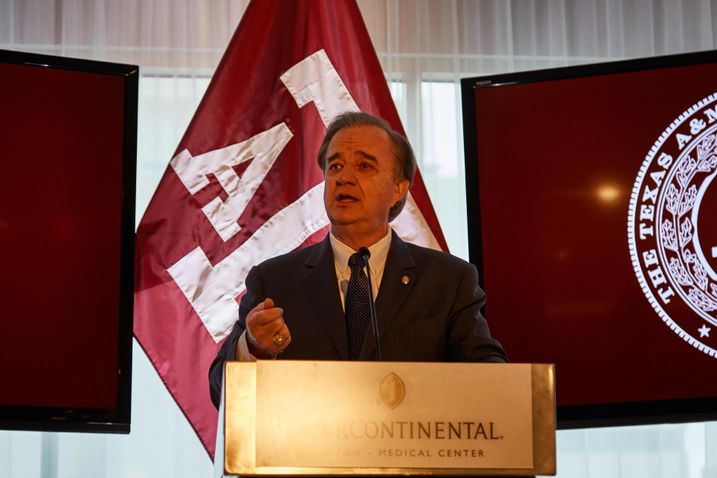 Texas A&M Chancellor John Sharp told attendees at the press conference that the new complex would help bring the assets of the Texas Medical Center to the rest of the state.

“What we want to do is take the future of medicine, which is embodied in the Engineering Medicine program, where really smart kids are going to become the developers of the medical care technology of the future,” Sharp said.

“We’ve done a little over $2B in P3, privately funded projects during [Chancellor John Sharp’s] tenure, and this will be the largest one,” Ray said.

Sharp has been chancellor since 2011.

The developer of the P3 projects is Medistar Corp. American Triple I Partners, founded by Texas A&M alumni Henry Cisneros, is part of the financing team. EYP led the design of the renovated building, while Kirksey Architecture designed the two new towers. Linbeck Group will construct the two new buildings, while Vaughn Construction is the contractor for 1020 Holcombe Blvd.

CORRECTION, FEB 21, 8:40 A.M. CT: A previous version of this story listed Vaughn Construction as the builder of the two new structures. Linbeck Group is the general contractor for those buildings. The story has been updated.