Houston's reputation as a hospital city is well-cemented, thanks to the Texas Medical Center, a collection of universities and a growing life sciences sector.

All the large healthcare systems have been very active over the past decade, opening up satellite hospitals in neighborhoods with growing residential populations. But much of that activity came to a halt during the second quarter of 2020, as the demands of the coronavirus pandemic became a priority.

“I would say, essentially every healthcare system had some expansion plans that were postponed. I mean, literally all of them,” JLL Region Lead, Healthcare, Life Sciences and Higher Education Chris Wadley told Bisnow. 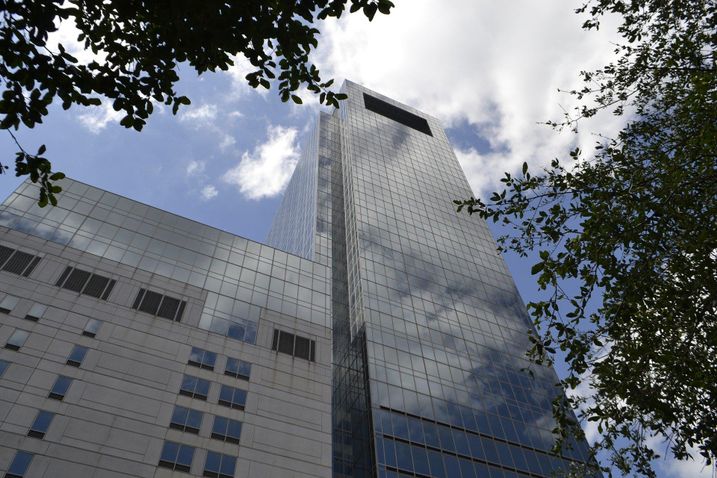 Wadley said the first half of 2020 was a roller coaster for Houston’s healthcare real estate, as the industry struggled to adapt to the effects of the pandemic.

“I think that there was maybe initially a perception in healthcare, [that] healthcare real estate would be isolated or insulated, rather, from the negative effects of COVID. But that's absolutely proven to be wrong,” Wadley said.

Major hospital systems have been dealing with the double-whammy of quickly preparing and staffing facilities to receive coronavirus patients, while lucrative elective surgeries have been placed on hold. Wadley noted that fundraising activities have also likely been affected, reflecting the cancellation of high-revenue events like galas and luncheons.

“It’s throwing a wrench into even just being able to do some capital projects for their existing facilities,” Wadley said.

Many factors have limited income or increased expenses for healthcare providers. Medical office buildings have been forced to embrace stricter cleaning protocols, which in some cases meant closing down buildings temporarily. Elective procedures were placed on hold, and many offices saw a drop in the number of patients scheduling appointments.

“It's really had a negative effect on a lot of the private practitioners that are trying to see patients for whatever their specialty is. Not to mention the public sentiment of like, well do I really need to go and have this doctor look at this thing right now? Or can it wait a few months?” Wadley said. “There's been a lot of people postponing their appointments and their exams that they would have otherwise done. This has had an effect on every small practitioner, all the way to the very largest health systems.”

Wadley noted that even now, with patient numbers beginning to tick back up, businesses in medical office buildings have not reached pre-pandemic patient levels. Subsequently, some tenants are having difficulty paying rent, which is placing downward pressure on rental rates across the Houston market.

“In probably another two quarters from now, you're going to start seeing leases being done at a discount to what they were at that same time last year,” he said.

Despite the effects of the pandemic, medical office remains an attractive investment for healthcare providers and investors, according to JLL's 2020 Healthcare Real Estate Outlook report. The positive outlook for medical office is based on several factors, including long-term leases, stable occupancy and income, strong tenant credit quality and tenant retention.

Although a few medical office tenants in Houston have gone out of business, Wadley said it hasn’t been a widespread trend, as most landlords have been willing to work with tenants to find rent solutions.

The Houston market was not oversupplied before the pandemic, and medical office buildings in the city typically have 85% to 90% occupancy. As Houston’s population continues to grow, Wadley said he is optimistic demand for medical office will remain strong in the long term. 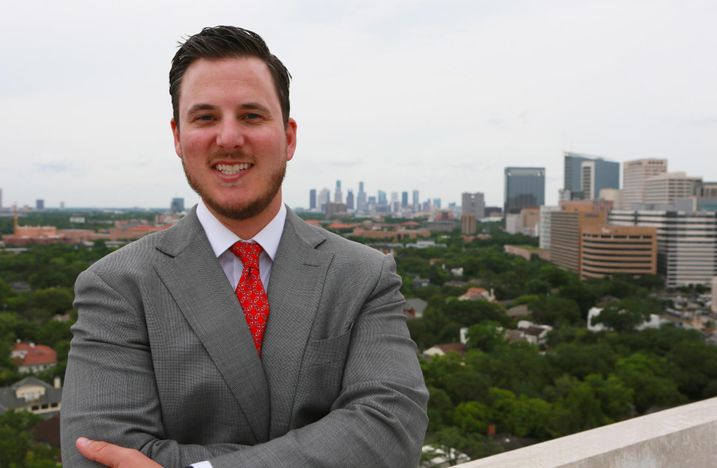 JLL's 2020 Healthcare Real Estate Outlook also noted that the pandemic will accelerate the segmentation of wellness and acute care in real estate. As the pandemic continues to strain large hospital systems, low-acuity health providers are increasingly looking at moving into retail centers.

Retailization of healthcare is not a new trend, but Wadley anticipates a wider array of non-surgical medical specialties will appear in Houston's retail centers, closer to neighborhoods.

“I definitely expect more specialties that you would have historically not seen in retail going into retail,” Wadley said.

“Historically it's been the lowest acuity services have been in retail, like urgent care or primary care or dermatology or optometry. Now, I think you're going to see more things like diagnostics, imaging. Even specialists like cardiologists may set up retail locations.”

Another trend that has begun to appear in other U.S. markets is health and wellness-focused retail developments, usually in areas with younger populations. Those developments may combine healthcare providers and specialists with other wellness-adjacent concepts, such as a fitness clothing store or a yoga studio.

“I know there's going to be an emphasis on new developments in the future on healthcare and wellness. Whether it's just an amenity to the development or the entire development is focused around it, I think that's something that we will see in the next several years,” Wadley said.

NewQuest Properties’ Vice President – Healthcare & Wellness Division Ashley Strickland told Bisnow that despite the pandemic, it is an advantageous time for healthcare providers to expand into highly desired retail locations.

The company conducted an assessment and found 3.5M SF of big-box retail space in Houston that is either available or likely to become available in the near future. Strickland noted that NewQuest’s definition of big-box is 20K SF or larger, so that figure does not include any smaller spaces that could also be attractive for healthcare providers.

“Many of these spaces are in wellness centers that notoriously have remained 100% leased,” Strickland said. “From a real estate perspective, I think now, we're really just trying to look at, what are the strategic maneuvers that we can go after and take advantage of [in] this current market.”

NewQuest is the biggest holder of 24 Hour Fitness gyms in Houston, with at least six of those locations in their portfolio. Each of those locations is around 25K SF. Amid that company’s bankruptcy proceedings, Strickland said she has those opportunities in front of her healthcare clients, and some are even considering taking all six locations.

On the land side, Strickland said many of her physician and healthcare buyers are also becoming active because they see the value in investing and owning their locations, rather than leasing.

“They're seeing the value in investing and owning as kind of their ultimate long-term strategy, versus leasing — especially as healthcare regulations and [the] current climate continues to change, their margins and their volume ability change at the same time,” Strickland said. “Ultimately to actually own an asset in real estate is really the best long-term strategy for [them].” 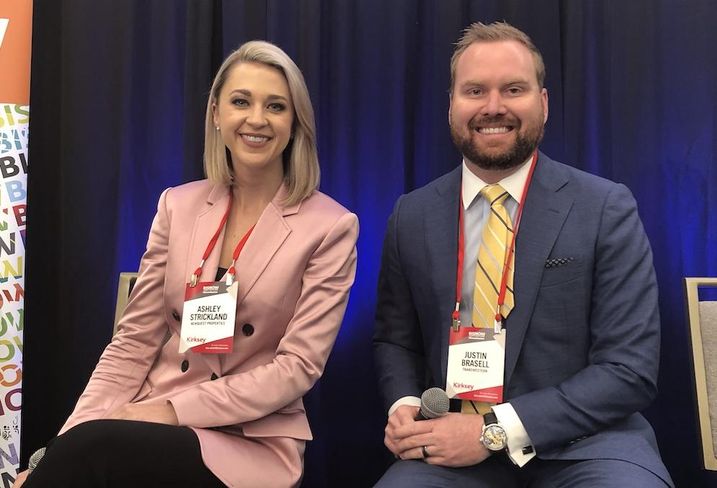 Healthcare systems are known for being slow to adapt to the needs of consumers. But that could be set to change, with another new trend underway: more retail options within hospitals themselves.

Transwestern Vice President, Healthcare Advisory Services Sarah Carter said hospitals look at their patient satisfaction scores, and one of the main pieces of feedback gaining traction is that people want more amenities available in the real world to be brought into the hospital world.

“The consumer trends are finally coming into the hospitals now, where people are wanting fresh, healthy grabbing of stuff that they can easily get in a retail setting. They’re really wanting to do that in hospitals. And it’s not only ... for the doctors and the nurses, but also for the patients, and the visitors of the patients as well,” Carter said.

One example is the Children’s Medical Center Dallas, which partnered with 7-Eleven to open the company’s first-ever retail pop-up store within the hospital in April. The pandemic created an acute need for hospital employees to access food and other essential items, as many were unable to go to a grocery store.

Carter said that as a 24-hour vendor, the concept was well-suited to the environment, and opened the door to other opportunities for more retail in healthcare settings.

“We are in talks with several developers and MOBs here in the Houston area to bring this elevated 7-Eleven market concept into the hospitals. And I'm having those talks with hospitals both in Dallas and in Houston,” she said.

“Hospitals are going to have to be looking at what vendors they want to bring in that bring the most impact to their community, and that can maximize kind of their space in terms of who they can serve in their building.”

The pandemic has underscored the need for convenience, in all of its forms. Whether it is a medical specialist in a neighborhood retail center or a convenience store in a hospital, consumers want easy access to goods and services, while minimizing risk.

“Honestly, I think it's going to continue to grow as a sector. And I think that we're going to inhabit a larger footprint,” Strickland said. “As the years evolve, and as our uses evolve throughout traditional one-use projects, we're going to see multiple uses now and I think that there's certainly going to be an advantageous synergy for healthcare to expand.”