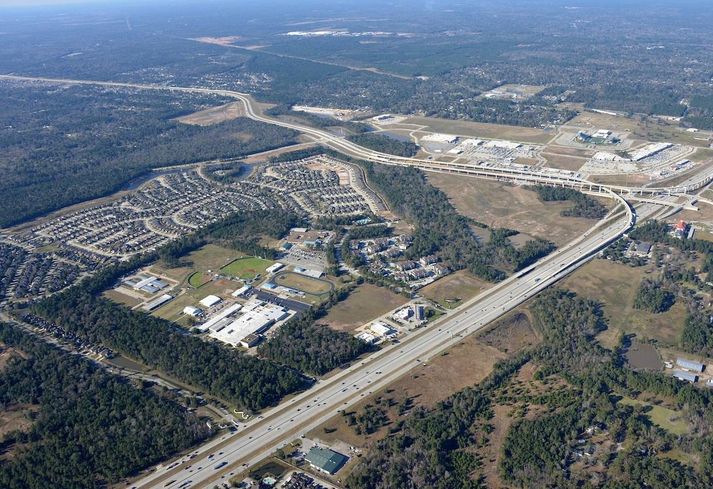 Courtesy of The Signorelli Co.
An aerial view of Valley Ranch, at the intersection of Interstate 69 and Grand Parkway.

Houston boasts one of the most robust hospital landscapes in the U.S., thanks to the Texas Medical Center and several large research institutions. There is a wealth of healthcare available in the city, but it isn’t evenly distributed.

The Signorelli Co. President and CEO Danny Signorelli said during a Bisnow webinar June 30 that his company is focusing on healthcare opportunities in the northeast quadrant of Houston, near the intersection of the U.S. Highway 59 corridor and the Grand Parkway.

There are only two major acute care facilities in the region, the Memorial Hermann Northeast Hospital in Humble and the HCA Houston Healthcare Hospital in Kingwood, which was originally built with the intention to be a mall.

Around 600,000 people live in the trade area, and nearly 40% of that population is traveling elsewhere for medical care, according to Signorelli.

“What we're seeing is, strong growth, strong opportunity and just a massive void,” he said.

To fill that void, The Signorelli Co. is developing Valley Ranch, a 1,400-acre master-planned community in Porter, just north of Kingwood. The community will have a dedicated medical district, among other offerings. Physicians have expressed strong interest in being part of that development, and become investors in real estate in the area, Signorelli said.

“Today, it's not just about whatever their practice may be in how they make money, taking care of you, but they also want to be investors, they want to see that real estate side,” Signorelli said.

Arch-Con Corp. CEO Michael Scheurich said he has been seeing the same trend.

“A lot of these physicians, after years, have been in the Medical Center, operating in their space there, and have a desire to get out, practice closer to where they live and also have an investment in the real estate,” Scheurich said.

Scheurich said he anticipates the sector to continue being strong for his company and The Signorelli Co., especially as the bigger hospital systems continue to seek ways to expand. Scheurich also expects more revamping of existing hospitals and expansion into the life sciences.

“[Hospital systems’] capital is very restricted right now. Not only do you have the current situation with COVID-19, and dealing with that, but they're having to anticipate long-term, what's going to follow this and how they're going to operate,” Scheurich said.

The outcome of the presidential election in November could play a major role in the future of healthcare policy, which Scheurich said he is also bracing for.