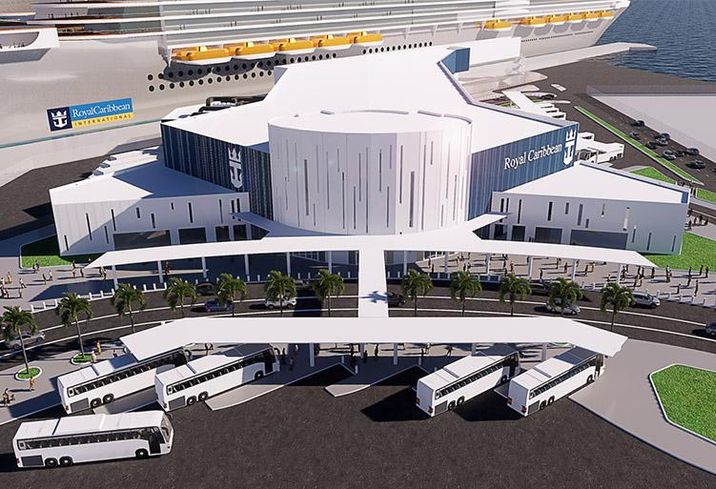 The Port of Galveston approved a long-term deal with Royal Caribbean for a third cruise terminal capable of handling the liners' largest vessels.

Royal Caribbean leased 10 acres at Pier 10, where the company will invest around $100M to construct a 150K SF terminal, according to the Houston Chronicle.

The deal has been in the works since the two parties signed a memorandum of understanding last December. Engineering and minor site work has already begun, with an expected delivery date in November 2021.

The new terminal could be a game changer for Galveston. A new terminal means the ability to accommodate Royal Caribbean's Oasis Class vessel with space for 6,600 guests aboard. Getting a new ship to Houston will take time, though, as the full fleet schedule of Royal Caribbean's Oasis Class vessels is set through the next three years and the next generation of liquefied natural gas-powered vessels, dubbed Icon Class, is still years away from completion.

Efforts to bolster Galveston's cruise business have been ongoing for years. Opened in 2000, the port now ranks fourth in total cruise ship volume with business from Carnival, Disney and Royal Caribbean at its two existing terminals. Earlier this month the port hit an important milestone, welcoming its one-millionth cruise passenger of the year, a new record.