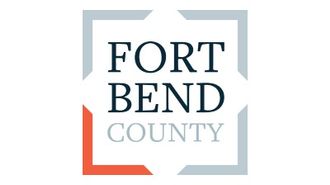 When Frito-Lay decided to open a manufacturing facility in 1982, the snack manufacturer wanted to find a place where it could grow. The company decided on Rosenberg, Texas, a community 30 minutes from Downtown Houston in Fort Bend County. Frito-Lay chose Rosenberg for its proximity to the fourth-largest metropolitan area in the U.S. and the opportunity for expansion. The 470K SF facility in Rosenberg started out with 100 full-time employees and three production lines. That was just the beginning.

Thirty-five years later, Frito-Lay’s production and distribution center in Rosenberg is still thriving. It manufactures over 700 million bags of snacks per year, and has added five new production lines. There are now 775 full-time associates at the Rosenberg site.

“Our success relies on our ability to attract and retain a strong workforce,” Frito-Lay site director Tim Kinsinger said.

Frito-Lay is actively involved with the Fort Bend Economic Development Council. It has been a driving force of population growth in the city of Rosenberg and participates in larger community events. The company has worked on outreach programs with Toys for Tots, Bamore Nursing Home and the Special Olympics Bowl for Kids. Frito-Lay employees also joined the community to support disaster relief and recovery efforts for Hurricane Harvey.

Fort Bend County has seen substantial development over the last decade and has grown at a rate of 229% since 1990. It is home to 18 cities and has become a hub for several of the nation’s most influential companies.

Courtesy of Frito-Lay
Frito-Lay site in Rosenberg, Texas, in 2017

Companies like Frito-Lay are able to attract talented employees due to Fort Bend County’s diverse, well-educated population. Of 741,000 residents, 88% are high school graduates or higher and 41% are college educated, leading the region in educated adult population. The county offers specialized training programs that prepare residents for their careers.

“Fort Bend County’s support for business development in the region is a big part of our continued interest in growing here,” Kinsinger said.

Missouri City, 20 miles from Rosenberg, is another Fort Bend city where companies are fostering community. Real estate development in Missouri City focuses on a live-work-play model. Trammell Crow’s Park 8Ninety, for example, is an industrial business park surrounded by a public park with lakes and jogging trails. This green area provides a shared space for both tenants and community residents.

“The city allowed us to build around the park and lake,” Trammell Crow Houston principal Jeremy Garner said. “Government support for the project has played a large part in attracting tenants. The surrounding park is accessible to everyone in the community.”

The county’s business-friendly atmosphere contributes to strong economic development and a heightened quality of life for individuals and families in the region. The commitment to job creation, skills development and tax incentives for businesses attracts corporations from across the U.S.

When Trammell Crow originally made plans to develop and lease property in Missouri City in 2007, it was a bit of a risk.

“We were really jumping in headfirst,” Garner said. “Missouri City was an unproven area, but it had lots of land. There wasn’t much industrial development at the time.”

Trammell Crow approached the Fort Bend Economic Development Council and Missouri City Economic Development team and explained how the project would create more jobs. Cooperation from the city and county helped Trammell Crow move forward and develop a property that would provide jobs throughout the region. Today, Missouri City is home to some of the nation’s leading companies.

“Due to Fort Bend County’s business-friendly environment, I expect the region to grow in conjunction with Greater Houston and continue to be a leader in economic development for years to come,” Garner said.

Fort Bend County
The Fort Bend Economic Development Council is a public-private partnership established in 1986 to promote vitality and to ensure quality development in Fort Bend County. Working cooperatively with city and state officials and business and community leaders, the FBEDC works closely and cooperatively with our regional economic development partners to advance an agenda which supports growth and opportunity for businesses on a local, state, national, and international level.
Confirmed! You are subscribed to the Bisnow Houston E-Newsletter.
Most Read Stories
More Top Stories
Bisnow Houston Newsletter
Bisnow Houston Newsletter