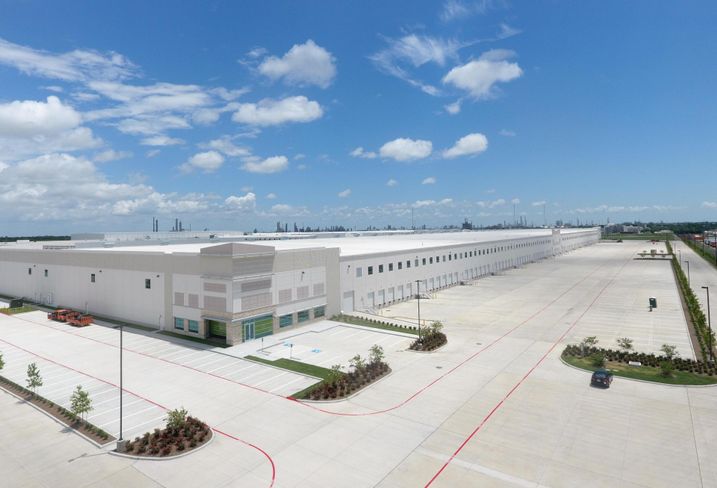 The final three speculative buildings, totaling 1.3M SF, within Bay Area Business Park delivered on June 8. That space was about 20% pre-leased prior to completion.

Last year, Principal purchased an additional 95 acres for the park for Phase 3, which just delivered the 1.3M SF. The property now totals 232 acres and is one of the largest single-owner industrial parks in Houston.

Since 2007, Stream has overseen the development, leasing and property management of Bay Area Business Park. 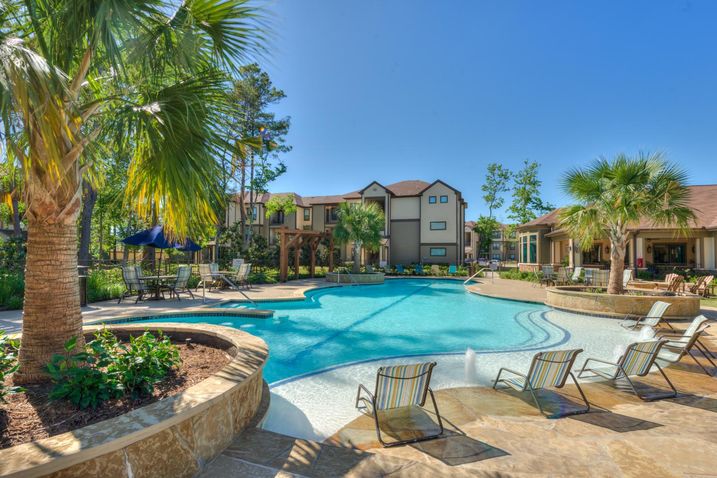 Courtesy of Electra Capital
The Pines at Woodcreek Apartments in Humble. Courtesy of Transwestern
Park Towers on West Loop South in the Uptown submarket of Houston.

The Burger Joint leased 35.9K SF on Bay Area Boulevard, in front of Baybrook Mall in Friendswood. The restaurant is scheduled to open in the fall and will have a large outdoor patio and bar area. Shop Cos.' Chris Reyes and Tyler Trevino represented the tenant, while Wulfe & Co’s Elise Weatherall represented the landlord.

The Center for ENT leased 20.8K SF of office space in the newly redeveloped Southside Commons on Bellaire Boulevard. The practice occupies half of the second floor and is the first tenant in the building, which is nearly fully leased. The majority of its space is either under construction or complete. Arch-Con Corp. renovated Southside Commons and also oversaw the build-out for The Center for ENT. Moody Rambin’s Josh Marcell represented the tenant, while the landlord was represented in-house.

JLL has been selected to market and lease 6624 Fannin Tower in the Texas Medical Center. The 450K SF, 27-story building is owned by Texas Children’s Hospital and is home to nearly 30 institutional and private practices. JLL’s Chris Wadley and Mallory Douthit are leading the leasing assignment. JLL also manages the property on behalf of Texas Children’s Hospital.

Vertical farming company Kalera leased 83.4K SF at the Parc 59 urban industrial development in Humble. The company has leased the space in Building A, which will house its new growing facility and will be the largest vertical farming facility in Texas. Lee & Associates’ Mike Spears and Derek Riggleman represented the tenant, while CBRE’s Jason Dillee and Nathan Wynne represented the landlord, Jackson-Shaw. The total site includes the Amazon building, as well as a 15-acre surface parking lot used for delivery staging, and a 14-acre tract for future development. Stonelake intends to break ground on the 14-acre site with a 180K SF distribution center on a speculative basis.

Bridgeland, the 11,400-acre residential development in Cypress, made the list of top 10 best-selling master-planned communities in the U.S. during the first half of 2020, according to a report from national real estate consultant RCLCO. The development, owned by Howard Hughes Corp., sold 425 new homes as of June 30. Bridgeland entered the top 10 on the national list for the first time and is the highest-ranked master-planned community in Texas.