Economic expansion isn't cooling off in Montgomery County but is spreading to its most rural areas.

Small towns are welcoming new-to-market concepts and mixed-use development for the first time. Meanwhile, The Woodlands' healthcare market is growing to respond to a continued influx of new residents.

Montgomery County is one of the fastest-growing areas of the country and has benefited from the economic strength of the Greater Houston area.

Panelists during Bisnow's Future of Montgomery County event outlined three trends that will impact commercial development in The Woodlands and surrounding areas. 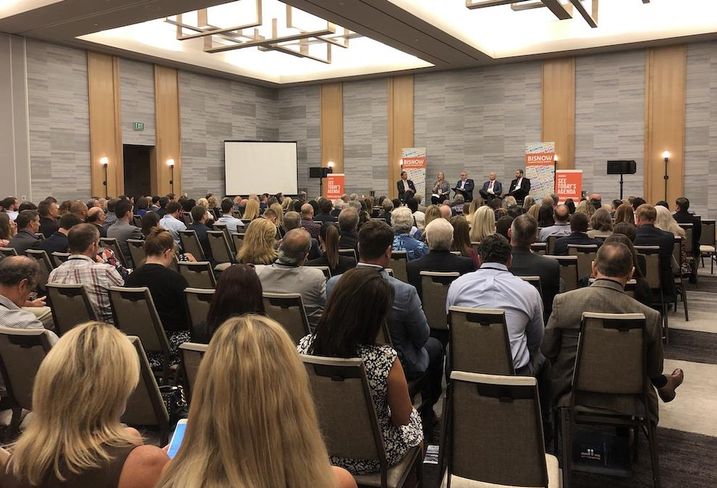 Bisnow/Tierra Smith
The audience at the Future of Montgomery County event in The Woodlands.

Conference centers and hotels are breaking out in Conroe.

Margaritaville Holdings, Songy Highroads and The Wampold Cos. are transforming the La Torretta Lake Resort & Spa into Margaritaville. The resort will feature more than 300 rooms about an hour north of Houston.

The renovation includes significant improvements to the hotel tower and the 45K SF indoor and outdoor conference center, and upgraded amenities such as waterfront villas, dining concepts, an 18-hole golf course, tennis facilities, a spa and outdoor pools.

“The big thing that I am excited about is all of the restaurant concepts that will be out there,” Scheiner said.

Margaritaville on Lake Conroe will draw new visitors and be a competitor in the North Houston market, The Howard Hughes Corp. Central Region President Paul Layne said. His company owns two hotels, The Woodlands Resort and The Westin The Woodlands.

“If you want a conference with a margarita, [it is] on the way,” Layne said.

The city of Conroe is also partnering with Garfield Public/Private Chief Development to build a full-service hotel and conference center.

The unnamed hotel will feature 252 guest rooms, 31K SF of ballroom and meeting space, bars, a restaurant and a pool. The project is estimated to cost $85.2M, per Community Impact.

“It is starting to become OK to eat at a hotel restaurant again,” Garfield Public/Private Chief Development Officer Steve Galbreath said during the event. “We want to find and make venues that people can go out and have an evening when they are all getting together for a conference or convention.” 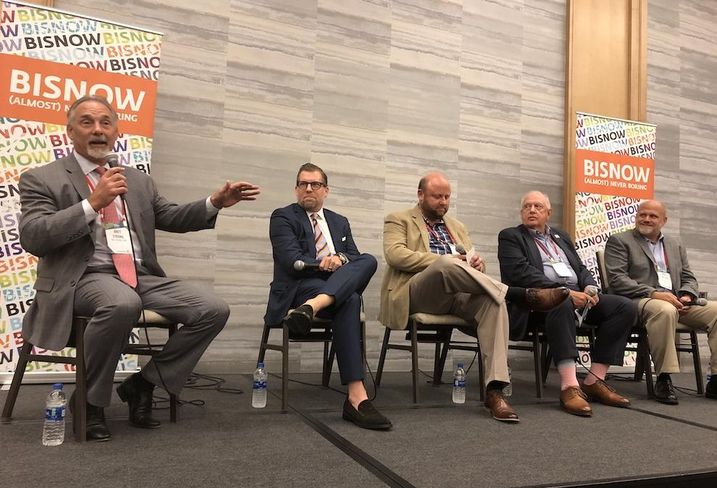 Healthcare saved us: That has been the recovery story for The Woodlands even in the darkest of economic times, The Woodlands Area Economic Development Partnership CEO Gil Staley said.

He predicts it will be enough to keep the area afloat in an impending recession.

“We have seen downturns,” Staley said. “We will continue to gain jobs because of where we are,” referring to the proximity to Houston, which is headed toward becoming the third-largest city in the country.

While the oil and gas industry plays a major role in the Greater Houston area, The Woodlands market is diversified, Layne said.

The energy sector leads in job creation at 27% of The Woodlands' employment pool, according to the Economic Development Partnership. Healthcare followed at 24% and professional services and education at 16% each.

The balance of healthcare jobs shelters The Woodlands community from a recession, Staley said.

In June, Houston Methodist announced a $240M expansion in The Woodlands, which will include a new patient care tower.

The University of Texas MD Anderson Cancer Center is opening a new outpatient clinic in The Woodlands next month. Developed by The Howard Hughes Corp., the 208K SF building also expands the resources and services available to North Houston residents.

“I am optimistic because of the solid environment,” Layne said regarding the possibility of a recession. “The Woodlands' backbone has been built over the last 40 years and will weather the downturn and appreciate the upside.” 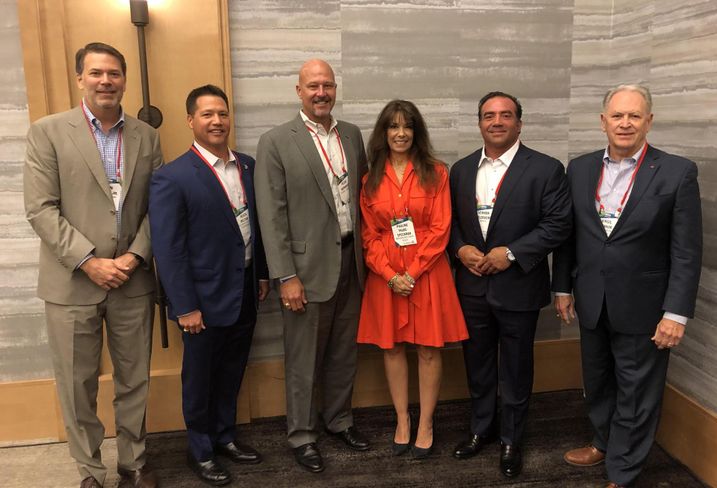 3. Magnolia Blooms With Multifamily And Mixed-Use

The five-story project will feature 130 luxury apartment units and 20K SF of retail space. The groundbreaking is expected this fall.

Magnolia Lights will be the fourth apartment complex in a growing community, which is facing a housing shortage.

“There is a housing shortage across the country, and Magnolia is not an exception to that problem. Right now, there is hardly any affordable single-family homes or apartments in the Magnolia area,” Thude-Speckman told Community Impact Newspapers. “There is not anything remotely comparable to [Magnolia Lights] until you get to The Woodlands.”

Developers have plans for multifamily, mixed-use development and single-family homes in Magnolia, per Community Impact. A master-planned community, Audubon Magnolia, will add 5,000 homes and an apartment complex. Stratus Properties Inc. has proposed townhomes.

“Magnolia has not embraced multifamily up until this point simply because the timing wasn’t right, but we do have plans for more in the future,” said Tana Ross, economic development coordinator and planning technician for the city of Magnolia.