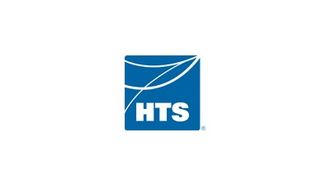 DXS is an HVAC company specializing in delivering air conditioning systems that incorporate technology originally developed in Japan in 1982. These units exceed the domestic industry standard.

They are better suited to high-rise buildings than conventional systems. Thomas walks us through the history of this revolutionary innovation, and how it has the potential to change the way Americans think about air conditioning.

Bisnow: Could you provide readers some background on this technology and its genesis?

Thomas: Roughly 35 years ago, the Japanese set out to improve the standard air conditioning system, following the oil embargo of the 1970s, which raised fuel prices and incentivized energy saving.

They were entirely dependent on foreign nations, importing 100% of their energy, which caused the embargo to have a huge ripple effect throughout their economy. The country passed new energy legislation to boost efficiency, but unfortunately didn’t consult the HVAC industry experts. It ultimately enacted something with standards that the existing air conditioning technology could not meet.

As a solution, the Japanese essentially redesigned the original chilled water system into the variable refrigerant volume system that most of the developed world uses today.

This technology already has a 60% share of the market in Asia, and 40% in Europe. This means that, unfortunately, the US lags way behind, with VRV systems at only 5% of our market, but has a lot of potential for improvement.

DXS worked with Daikin to bring this technology to Texas by focusing on educating and training its clients.

Bisnow: How is this approach to air conditioning better than what’s widely implemented?

Thomas: The Japanese pointed out a key source of waste with respect to air conditioning practices. They examined the American solutions and asked why, in America, we air condition buildings instead of people.

We’re all guilty of this, on a smaller scale.Someone living in a two-story house, has one, maybe two, thermostats, one for each floor. This means, at maximum, there are only two points of temperature control.

If you want it to be 70 degrees in your bedroom, and you set that temperature on the thermostat, your entire house—your laundry room, your kitchen, etc.—becomes 70 degrees, regardless of whether or not you’re in that room.

Scale that concept up to something with more volume, like schools, commercial buildings or high-rises, and the cost incurred rises tremendously. Not only is the Japanese technology much more energy efficient, it also allows for finer control of a building’s temperature.

Bisnow: Are there any other reasons you see Texas high-rise construction as the impetus for this change?

In high-rise residential spaces, this allows multiple occupants to share the same system. Now that we’re seeing an unprecedented uptick in high-rise construction, we’re seeing mass adoption of these systems.

Typically in Texas we build out, not up, as it’s usually cheaper to just buy more land. But that trend has started to reverse in the last few years, and there is a big push in high-rise construction in just about all the markets that DXS serves. That means that air conditioning in the US finally has to enter the 21st Century.

To read more about our Bisnow sponsor, click here.

HTS
With offices in Houston, Austin, Beaumont, Dallas, Fort Worth, and San Antonio, HTS Texas provides custom HVAC solutions for projects of all magnitudes in the commercial, institutional and industrial sectors – from large campuses and single buildings, to retrofitting systems in occupied premises and remodeling jobs where systems must be upgraded or adapted to meet code requirements and/or provide lower total ownership costs.
Confirmed! You are subscribed to the Bisnow Houston E-Newsletter.
Most Read Stories
More Top Stories
Bisnow Houston Newsletter
Bisnow Houston Newsletter