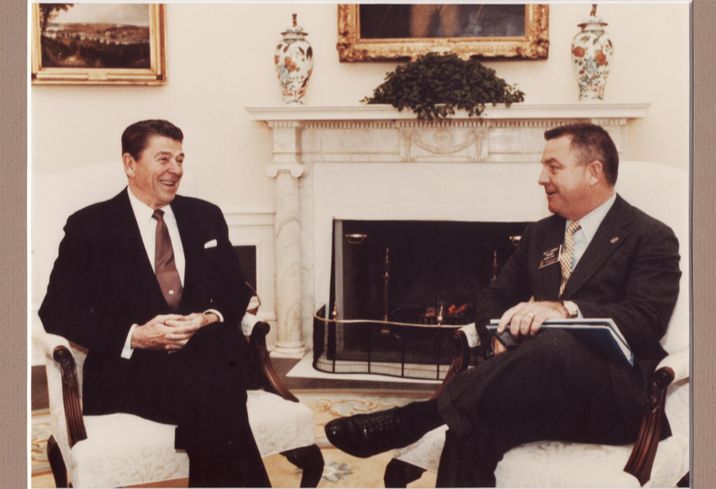 Courtesy of Kirk Laguarta
President Ronald Reagan and Julio Laguarta in the Oval Office in 1982. As the president of NAR, Laguarta met with Reagan multiple times to give him an update on the housing market.

Julio Laguarta, one of Houston’s strongest supporters of ongoing education in commercial real estate, died Jan. 3. He was 86.

Born in Galveston and raised in Houston, Laguarta graduated from the University of Texas at Austin business school in 1956 with a Bachelor of Business Administration. He began working in the commercial real estate sector shortly after graduation and co-founded a land brokerage firm, Laguarta, Gavrel & Bolin, in the early 1960s.

Laguarta’s son, Kirk, who works in commercial real estate as a broker with Land Advisors Organization, called his father an advocate for the profession.

“My father was a true leader in the Houston real estate community for many years. He was never too busy to help with forwarding the causes of the real estate community as is evidenced by his long-standing involvement with HAR, TAR, NAR and the Real Estate Research Center at Texas A&M University,” Laguarta said. “He will be greatly missed by our family and the many folks he touched in the Houston community.”

In 1969, Laguarta and his partners were hired by Texas Eastern Corp. to assemble 75 acres in Downtown Houston. That land today includes iconic developments including the Houston Center, the George R. Brown Convention Center and Discovery Green.

Beyond his firm, Laguarta had a vision for boosting research and ongoing education within the Texas real estate landscape. That vision evolved into the Texas A&M Real Estate Center, the largest publicly funded organization devoted to real estate research in the U.S.

Inspired by the Center for Real Estate and Urban Economic Studies at the University of Connecticut, Laguarta set out to create a Texan equivalent. After approaching multiple universities with his proposal, an agreement was finally reached with Texas A&M University, and the Real Estate Center was established in 1971. Laguarta was appointed to a six-year term on the Center’s first advisory committee, and was also elected its first chairman. 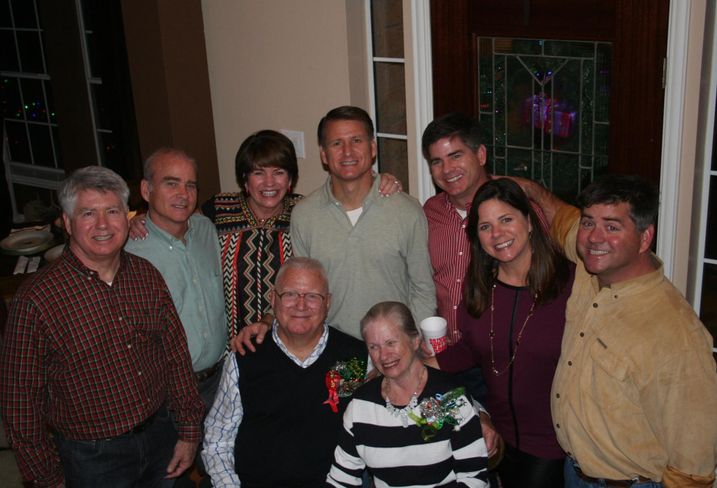 Texas A&M, which refers to Laguarta as the father of the Center, went on to establish the Julio S. Laguarta Professorship in Real Estate Scholarship in 1981 to honor his achievements in the field and key role in furthering real estate education. The endowed professorship is within the Mays Business School at the university.

Among his many accomplishments, Laguarta held both SIOR and CCIM qualifications, and was highly involved with HAR. He became president of HAR in 1967 and was Houston Realtor of the Year in 1968.

Laguarta continued to oversee several notable organizations during his career. He became president of the CCIM Institute in 1973, president of TAR in 1975 and president of NAR in 1982. He was also a co-founder of the Houston Realty Breakfast Club, which started in 1967 and is still in service today.

Alongside his many professional achievements, Laguarta helped launch the careers of many figures active in the Houston commercial real estate community today.

“Julio helped me get my first job out of law school in 1969 at the Texas Association of Realtors. He was my mentor, adviser and most importantly best friend,” Hale said. “I, along with the other 40,000 members of HAR, are better off for having his leadership, and worse off now that he is gone.”