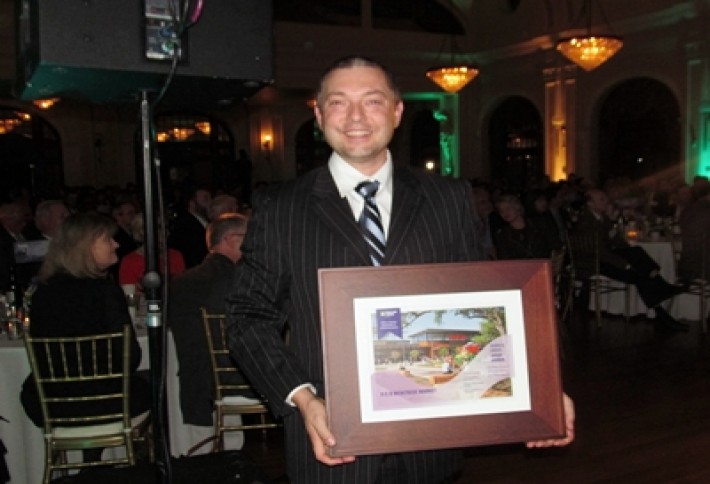 ULI handed out its annual Development of Distinction awards, and HEB came up the big winner. We snapped HEB's Peter Soltys receiving the honor in the for-profit category for HEB's Montrose Market; the project also won ULI's first People's Choice award. The grocery store, at 1701 W Alabama, is LEED certified and includes an outside patios so much natural light inside the store that no artificial light is used during the day. The team: Lake Flato Architects, Selser Schaefer Architects, Bury + Partners, SCA Consulting Engineers, and McDugald Steele Landscape Architects. 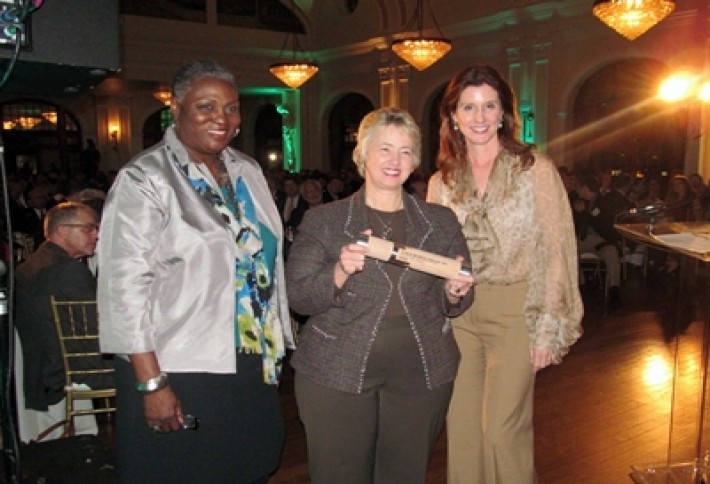 The City came up big, too. We snapped Mayor Annise Parker with the Julia Ideson team; the Parks Department HQ was also recognized. The historic Julia Ideson Building at 500 McKinney re-opened last December after a significant renovation. Its team included Gensler, Spaw Maxwell/Balfour Beatty, Ward Getz & Associates, Haynes Whaley, and TBG Partners. The Parks Department HQ at 2999 Wayside was NASA's first HQ and its renovation into a more efficient and sustainable office achieved LEED Gold. The team: HarrisonKornberg, Infrastructure Associates, Concept Engineers, Asakura Robinson, and Gilbane. Mayor Parker was particularly pleased to point out that 10 projects recognized by ULI in the last six years were public projects, a sign of the City's dedication to good development.

The Houston Food Bank (we found its Betsy Ballara) took the award in the non-profit category. It renovated the 30-year-old 308k SF warehouse at 535 Portwall St. to triple its distribution capacity; the facility is the nation's largest capacity Feeding America food bank. The team (RdIR Architects, Tellepsen Builders, Landtech Consultants, Ingenium, and Asakura Robinson) wanted it to be a people space even though it's a warehouse, and judges appreciated that it's both functional and beautiful. Bonus: Its energy costs are 40% less than projected.