The Future of the Energy Corridor

Developers at Bisnow's Future of the Energy Corridor event Friday say leasing is happening earlier in the cycle. Transwestern managing director Carleton Riser (pictured) says weve historically been a spec market but that's changed as tenants realize they need to get way ahead of their need or be boxed in. (It took awhile, but we've all finally learned to stop procrastinating; more on that next week.) Trammell Crow managing director Aaron Theilhorn adds that the 2.6M SF under construction in the submarket (excluding owner-occupied buildings) is 50% pre-leased.If you remove two buildings with zero pre-leasing that aren't delivering til next year (Energy Tower III and Energy Center III), it's 80% pre-leased. In comparison, it took 15 months to reach 60% pre-leasing for Energy Center I (Worley Parsons signed one month before delivery). 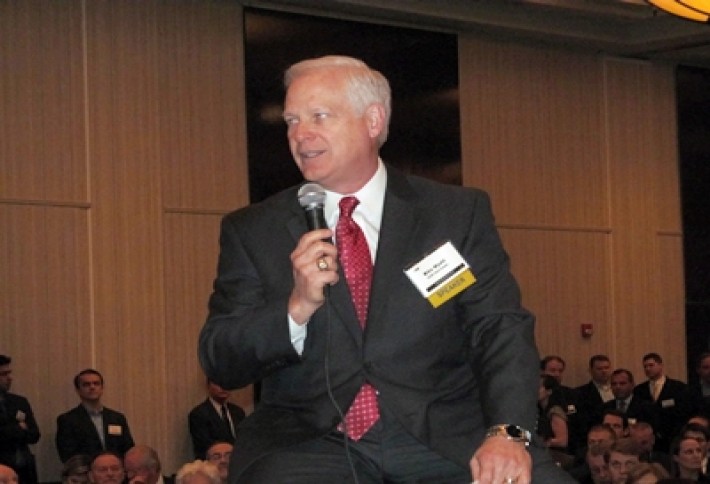 CORE managing director Mike Wyatt is seeing the same acceleration in pre-leasing. As of Thursday, his 8 West Centre is 100% spoken for, and it only broke ground six months ago. He says we'll see eye-popping announcements over the next six months that'll take down the bulk of available space in the Corridor, leaving very little for new demand. And the capital markets are making it challenging for us to meet the coming wave of demand. Because of the regulatory environment, banks aren't lending for spec office construction even though our fundamentals are there. Mike's concerned: He says if we don't have product, companies will go elsewhere. 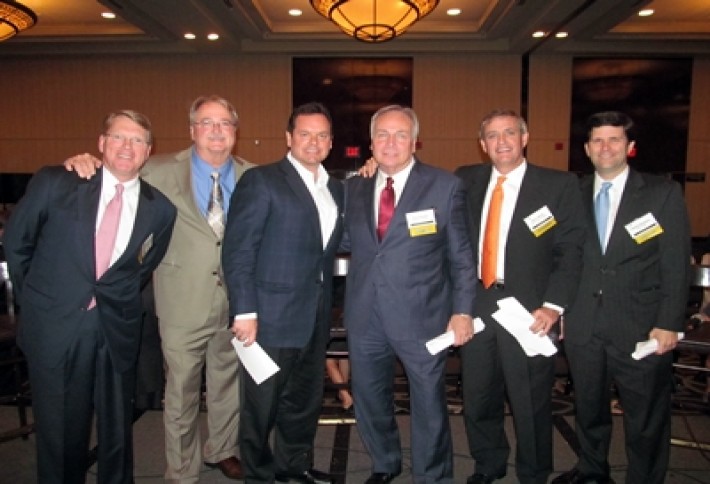 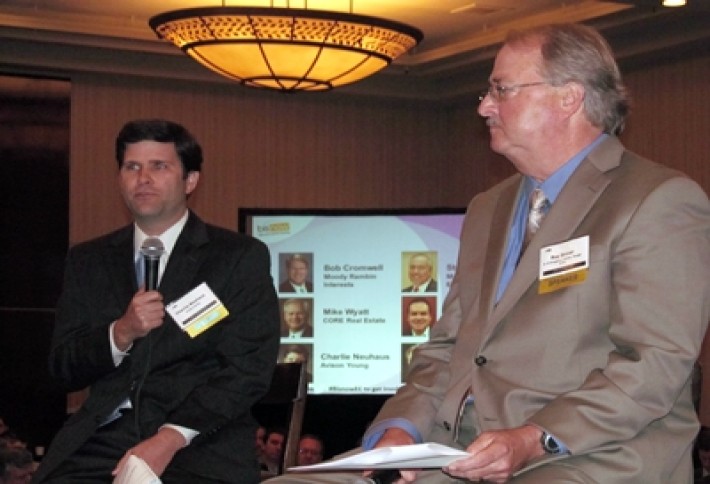 Although Class-A gets more attention, Charlie says Class-B office space is doing really well. Just like core product, there aren't a lot of options there for tenants. He expects to see a good boost in Class-B rents this year. (It's already getting upper $20s gross.) Pat says investment sales will be good for the asset class too; in fact, he thinks '13 will be"the year of the B" in office trades.

We snapped our sponsor Katy EDC's Frank Lombard and Lance LaCour. Lance tells us several new projects came through at the beginning of the year. They're all over the board, including office, industrial, and data center users. Entrust just announced a 32k SF two-story building that'll be the first office project in the Grand Parkway area. It'll add 75 new jobs, and 10k SF of that building will be available to lease.

To find out a girl's faults, praise her to her girlfriends. We found that quote online attributed to Benjamin Franklin. How is that possible?! Send thoughts to Catie Dixon, catie@bisnow.com.