Close Up With Wade Bowlin 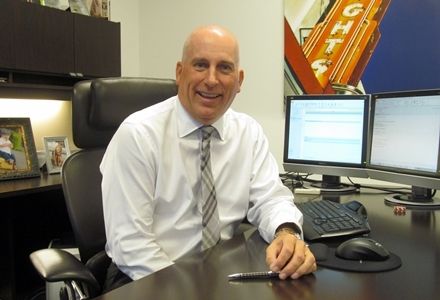 Wade tells us he's been particularly enjoying PMRG's evolution to more development and company-owned properties. It's currently working on major developments like Jacobs Plaza, Westchase Park II, and 3737 Buffalo Speedway in Houston, and he says the firm's pipeline is more extensive than ever. Wade joined PMRG in '01 and was made a partner in 2007. He did stints in property management and leasing, and now he does both as head of PMRG's property services for the Central US. Houston is the firm's largest city with 40M SF. 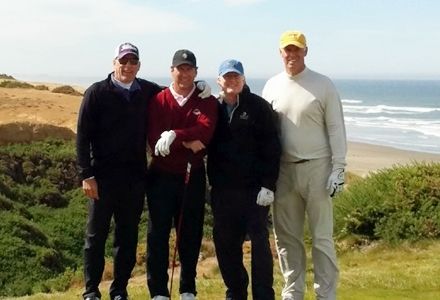 Here Wade's golfing at Pacific Dunes in Oregon with Prudential's Barry Howell, PMRG's John Dailey, and ApexOne's Ernest Johnson. (You can find buried treasure there if your idea of treasure is lost golf balls.) How'd he get where he is today? When he graduated from Texas Tech in 1984, he had acceptance letters from two law schools, but his older brother convinced him to go into real estate to make more money. (Naturally, he went broke four years later. The '80s were a wild time.) In 1989, Wade moved to Dallas to get institutional experience, and in '92 he came here to manage One Park 10 Plaza for Fults. He built the Houston portfolio up to 12M SF before the firm was bought by Kennedy & Wilson. 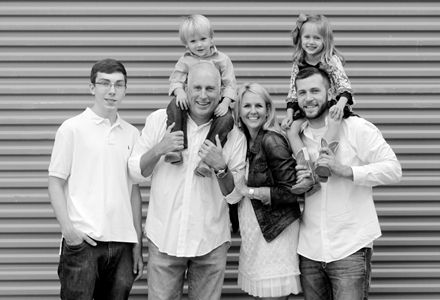 Back at home, Wade spends plenty of time chasing around his four kids ranging from two to 26 (that explains his trim figure). He managed to wrangle everyone for this picture around Thanksgiving. With all that, he still up for almost anything involving hunting or golfing, and he tells us he takes part in several World Series of Poker tournaments every year. He'd love to win the whole shebang, but it could never happen—the final leg you see on ESPN is a three-week tourney, and who has time for that?