Grand Oaks Business Parkjust wrapped up construction of one facility, is nearing completion of another, and design is under way for the next. (So don't even ask these guys to go to the movies, they don't have the time.) 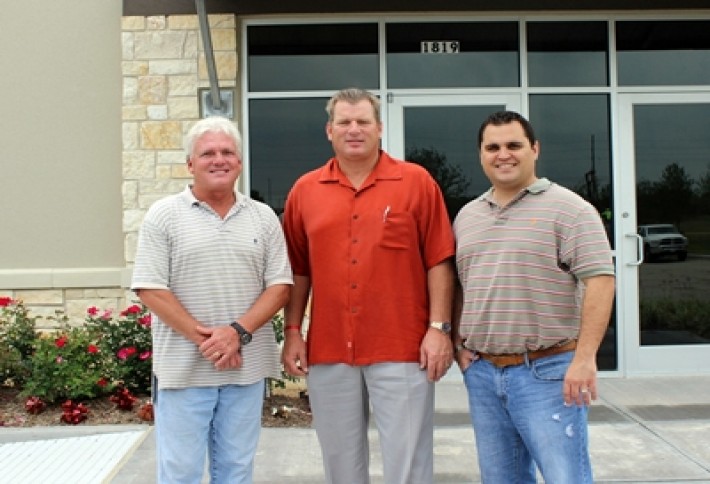 Dmac Construction & Development is developing the project. Here are its Doug Meadows, Terry Nehls, and prez Lance McIntyre. (Not pictured, Don McIntyre.) Lance tells us the park is 25 acres in Richmond on FM 723, south of Cinco Ranch. Itll have six buildings totaling 150k SF of tilt-wall space when completed. Building 6 (30k SF) finished last month. Its 35% occupied, but Lance says hes negotiating deals thatll bring it to 75%. Dmac is one of those users--it moved its office there this weekend after 20 years in Houston. (Let's get them a nice welcome gift, maybe something porcelain.)

Building 5 (above, photobombing Building 6), a 29k SF BTS for SP Sports Center, wraps up in a few days and will celebrate its grand opening in June. Lance tells us leasing activity has been so strong on the first spec building that hes gearing up design of Building 4. That 25k SF facility will front 723 and First Oak streets. The intersection is heavily trafficked because of its proximity to Cinco Ranch, so hes been getting interest from retailers and will probably include a retail/flex component in that building. 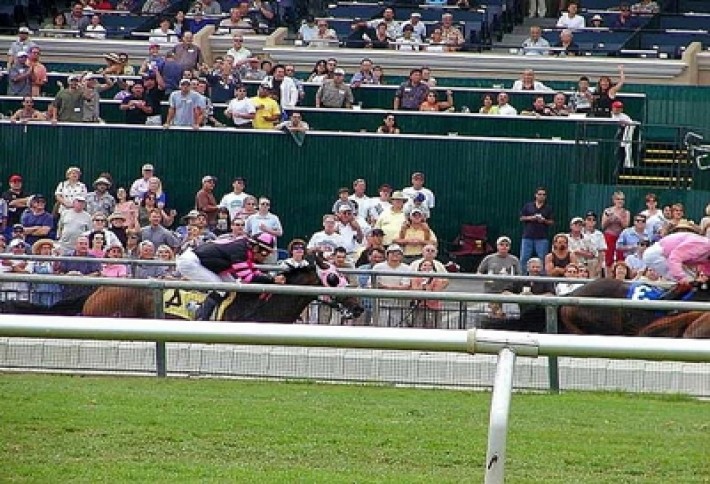 Dmac has three more buildings planned. Lance says Building 3 will probably begin before the end of the year, but the firm will wait to construct the last two until the county builds Peek Road from the Grand Parkway. (Thatll probably be a few years, but then the park will have a hard intersection off the Grand Parkway, driving up values.) And Lance tells us Dmac owns a 6.5-acre tract nearby where it may do another business park with smaller buildings in the 10k SF range. Fun fact about Grand Oaks: The property was a horse track, and the aunt and uncle of Lance's wife trained Derby-winning horse Go Man Go there.