Houston's Capital Markets Are Running With The Bulls

They say on a good run, you feel the breath of the bull on the back of your leg. These days, that is what it feels like trying to outrun the end of the cycle, especially in Houston. With plenty of investor interest but few deals getting done, the search for returns and financing has become a stampede. 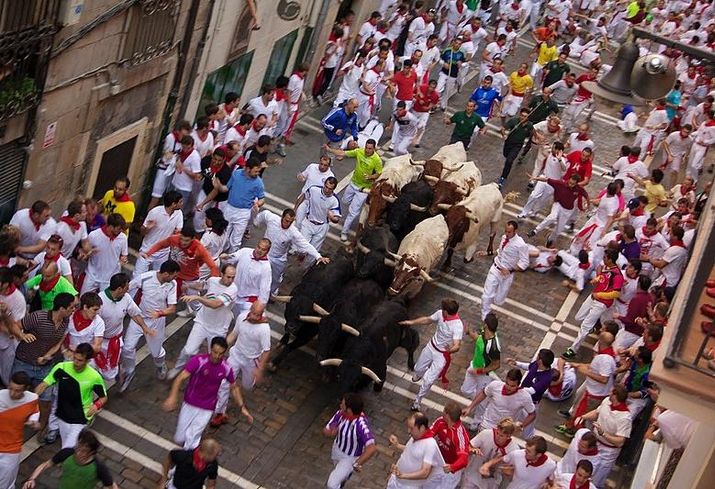 Atkins525 via Wikimedia
Running with the bulls on Estafeta Street, Pamplona

Vigavi Realty Managing Principal Luis René Garza Villarreal ran with the bulls while he was a student at the Universidad de Navarra in Pamplona, Spain, as part of the city’s famous nine-day festival of Sanfermines. For him and other panelists at Bisnow’s Houston Capital Markets event Wednesday, the heart-pounding run is an apt metaphor for investing in the Bayou City today.

Never before has there been such an abundance of capital, both traditional and nontraditional, throughout the capital stack of all asset types and classes, according to the panelists. They said the capital isn’t the problem, it is finding the right deal and the right capital partner as spreads narrow by the month.

“Our clients have plenty of money to invest. Five years or 10 years ago, a guy would have to work to try to raise a $200M fund. Today, a guy can try to raise $500M, it’ll be oversubscribed and next thing you know it’s a billion-dollar fund,” Lincoln Property Co. Senior Vice President Kevin Wyatt said. “The deal size in our world has gone from guys who might do a $10M or $20M deal not even spending time fooling with it. They say ‘bring us the $40M or $50M deal.’ I don’t know where these deals are going to come from. There’s not enough of those deals in Houston, Texas, to feed that demand. So they’re all chasing the same deals. That’s the problem I see in the market.” 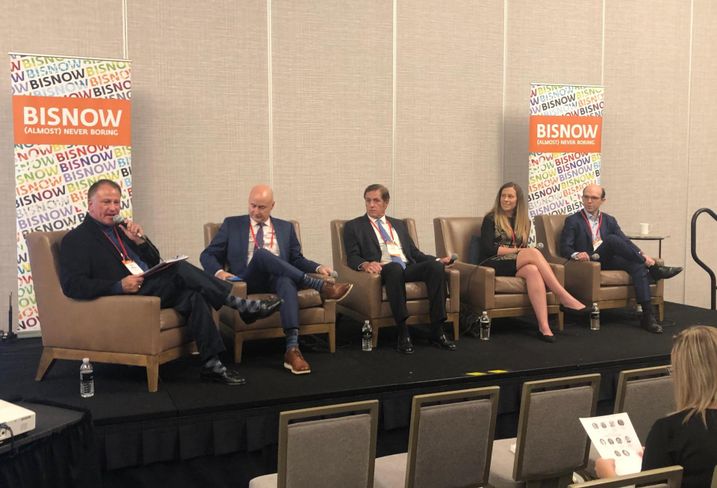 As the end of the cycle approaches, getting a deal done feels like a race against time, constantly checking over your shoulder for the bull you can hear trampling toward you.

“The running of the bulls is a great metaphor for real estate,” Altera Development principal Mike Kennedy said. “Are you leading, are you being chased? Are you going to get across that line without getting gored? We’re getting to the dicey part. We’ve all been running, the bulls are getting closer, we’re all tired. We have to guard against fooling ourselves.”

The global economy is widely predicted to be approaching its first downturn since the Great Recession over the next two years, but so far, predictions have not materialized. Inverted yield curves, a traditional predictor of a coming recession, are a bad omen, but fundamentals in the American economy tell a different story. The often conflicting indicators have put capital markets into a curious position.

“The bulls are always there, they’re always chasing us. We’re talking late-cycle bulls. We’re late in the cycle but the GDP growth is not late into the cycle compared to previous recoveries. As developers, we’re always cautiously optimistic. I think we’re seeing that in capital,” Villareal said. 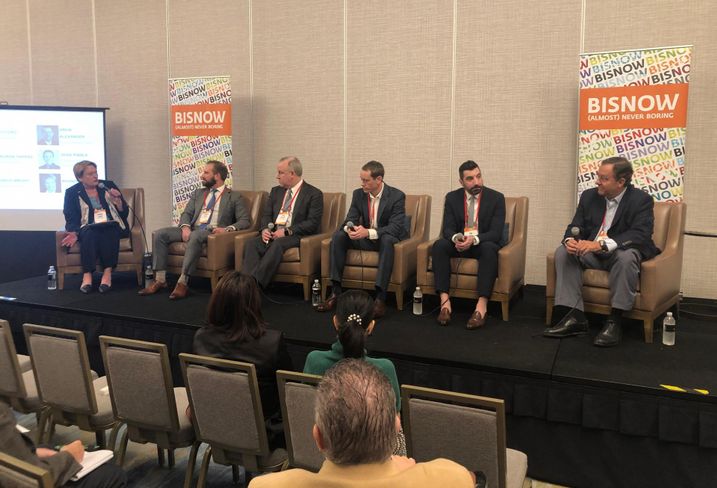 The abundance of capital and esoteric negative indicators have some lenders, like institutional banks, hitting the brakes, while others, like debt funds, are surging forward.

“Now we’re seeing a bit more high-octane capital,” Berkadia Director Jennifer Ray said. “Every office I go in, as I walk out the door, someone says ‘Oh by the way, let me talk to you about our debt fund and the capital we’ve raised.’ There’s a ton of these groups with this capital ready to deploy. What’s really interesting is we’re starting to get into round two. Debt funds taking out debt funds.”

The negative yield curve has predicted nine of the last five recessions, Weingarten Realty CEO Drew Alexander joked. He said no one understands the full implication of what negative rates mean, and people spend a lot of time talking about what should have happened or where the market should be. That has put capital markets in a very different place than they have been historically.

In Houston, considered a countercyclical economy thanks to its deep ties to oil and gas, those conflicting capital market narratives are even more muddled. Nearly six years into its own local economic downturn, the city hasn’t seen many of the negative effects experts predicted, largely because the metro is buoyed by an industrial and medical boom.

For investors and borrowers, finding the right strategy amid the controlled chaos is a challenge.

“I’ll share with you what it requires to run with the bulls. It’s not physical strength or mental preparation. You have to be mentally young and emotionally emboldened. You need those just to jump in there,” Villareal said.