New Hope Housing, Houston’s award-winning affordable housing developer, has two new projects coming up: NHH at Harrisburg and NHH at Reed. Each is a significant first for the company and the sector. 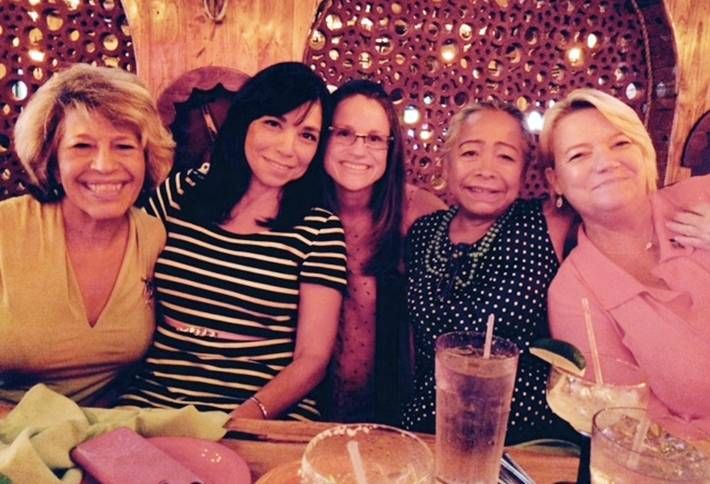 New Hope just closed on 1.5 acres last week in the East End to build its first (and Houston’s most affordable) mixed-use project, CEO Joy Horak-Brown and VP Nicole Cassier tell us. The property will be the first stop on the Harrisburg metro line and will have 175 single room occupancy (SRO) efficiency units, 4k SF of retail and 8k SF of office space. Joy says New Hope particularly wanted to do another project in the East End because of its near-downtown presence with access to job opportunities and need for affordable housing options amidst a fast-growing neighborhood. It worked closely with the neighborhood, which really wanted a mixed-use, transit-oriented development. It’ll be lively and interactive with the community, Joy tells us—neighborhood organizations will be able to use some of the meeting spaces and rooftop garden. Pictured are East End community leader Yolanda Black Navarro, Wells Fargo VP Laura Jaramillo, Nicole, East End community leader Jessica Hulsey and New Hope VP Tamara Foster celebrating closing the land tract last week. 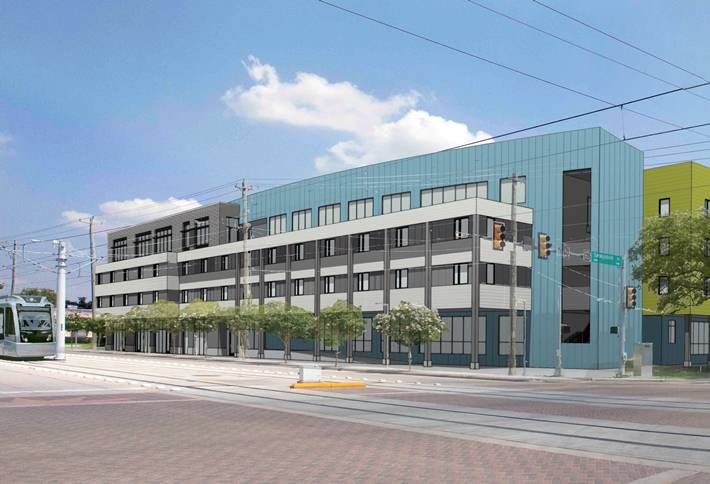 The top floor of the property will be the office space, including New Hope’s new corporate office. The retail will not be a chain, Joy and Nicole tell us—they and neighborhood leaders are envisioning something similar to Frank’s Pizza Downtown. The City Housing & Community Development has invested $6.6M into the property, which will be leveraged with tax credit equity and private grants. (The anticipated total development price tag is $25M.) It’s aiming to break ground this winter and deliver mid-2017. Glassman Shoemake Maldonado Architects is handling design. 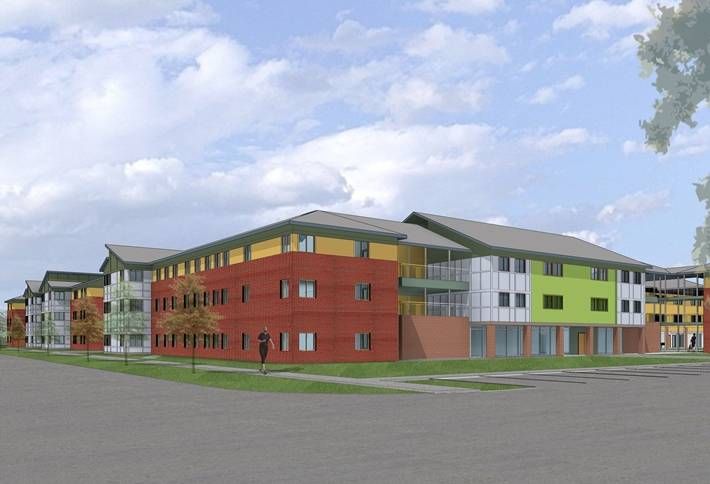 New Hope’s also gearing up a project serving homeless and at-risk families, the org’s first expansion outside of the SRO world. The 187-unit development is off Highway 288 near the old Astrodome, adjacent to Star of Hope’s upcoming 41-acre Cornerstone Community, a campus offering a broad range of services for homeless families. New Hope’s apartments will range from 750 to 1,250 SF in a mix of one-, two- and three-bedroom units. (Most will have two bedrooms, Nicole says.) Joy tells us her team has spent the last year figuring out how serving families will differ from serving single adults, with a special focus on programming and amenities that will benefit kids. New Hope aims to break ground this year or early next and open in mid-2017. 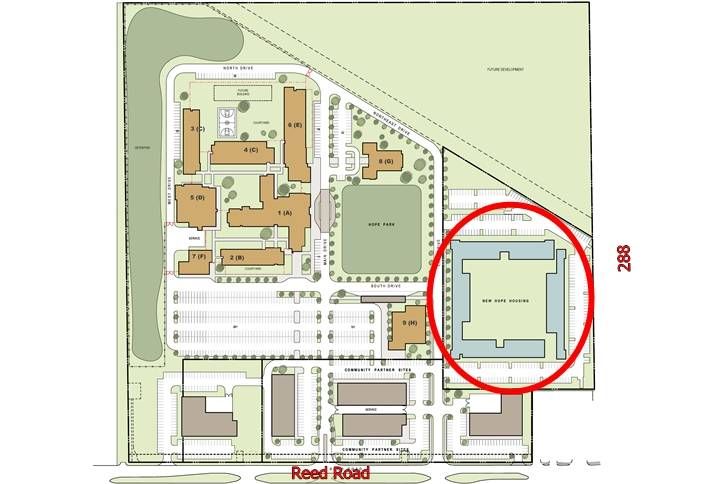 Besides New Hope’s permanent supportive housing (circled), the Cornerstone Community campus will include emergency services, transitional housing, space for job training and mental health counseling, a 2.5-acre park, a community center and a chapel. There are some pad sites set aside along Reed Road for future development, perhaps to be leased out to clinics, grocers and other services. New Hope and Star of Hope have also arranged with Metro to put in a new bus stop at the campus. 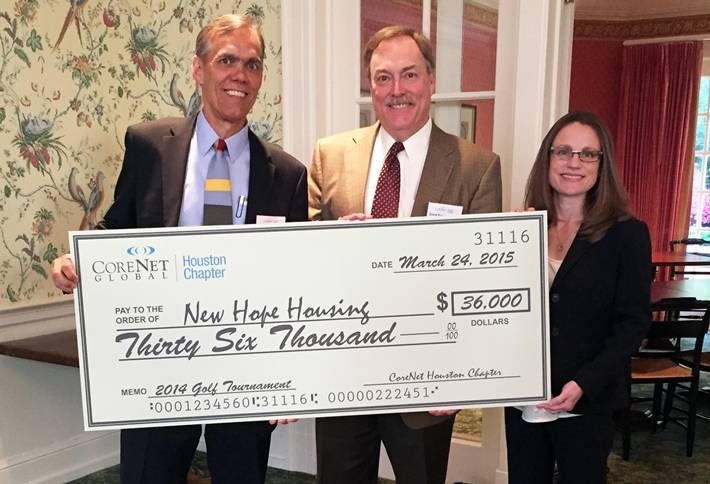 Joy and Nicole are excited to take part in New Hope’s first partnership of this kind (in fact, nothing’s been done like this nationally), telling us co-location is becoming the trend across all segments of development, whether it’s mixed-use or placing housing next to jobs and schools. Even better in this case, New Hope can play an integral part in offering a holistic solution that uplifts families from generational poverty. Nicole's pictured receiving a donation from CoreNet a few months ago.