5 Texas Counties Top List Of Most Affordable Places To Move 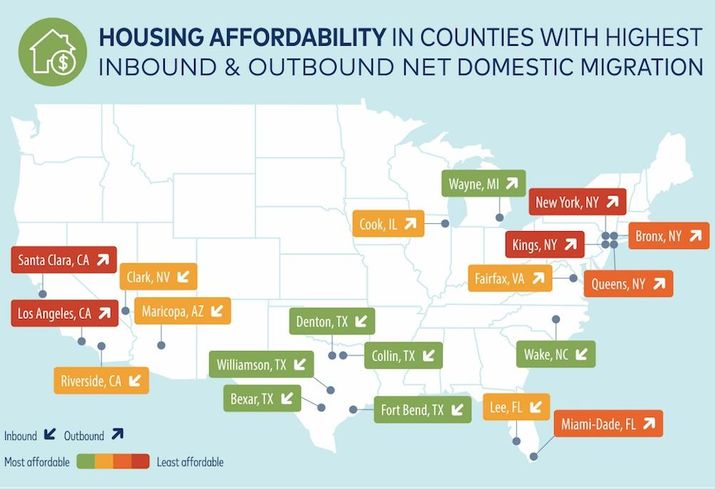 The influx of people moving to Texas is strongly related to statewide housing affordability, according to a new report from RentCafé. A housing-related concern is the No. 1 reason people move, with more than half of those who relocated last year naming that as the impetus to RentCafé. A work-related relocation came in second, at 18%.

Second-tier metros though they may be, the population growth is pouring in near the state's major metros: Dallas/Fort Worth, Houston, Austin and San Antonio.

All of the Texas counties were designated by RentCafé as "most affordable" based on the home price by income ratio and rent as a percentage of income.

In Denton County, the median income is $86K, while the average home cost $330K or 3.8% of a yearly income. The average renter pays 15% of income toward housing.

Major counties like Los Angeles and New York made the list of the largest outbound domestic migration. Los Angeles County lost 381,000 residents while the four New York boroughs saw a population decrease that ranged from 192,000 in Brooklyn to 100,000 in Manhattan.