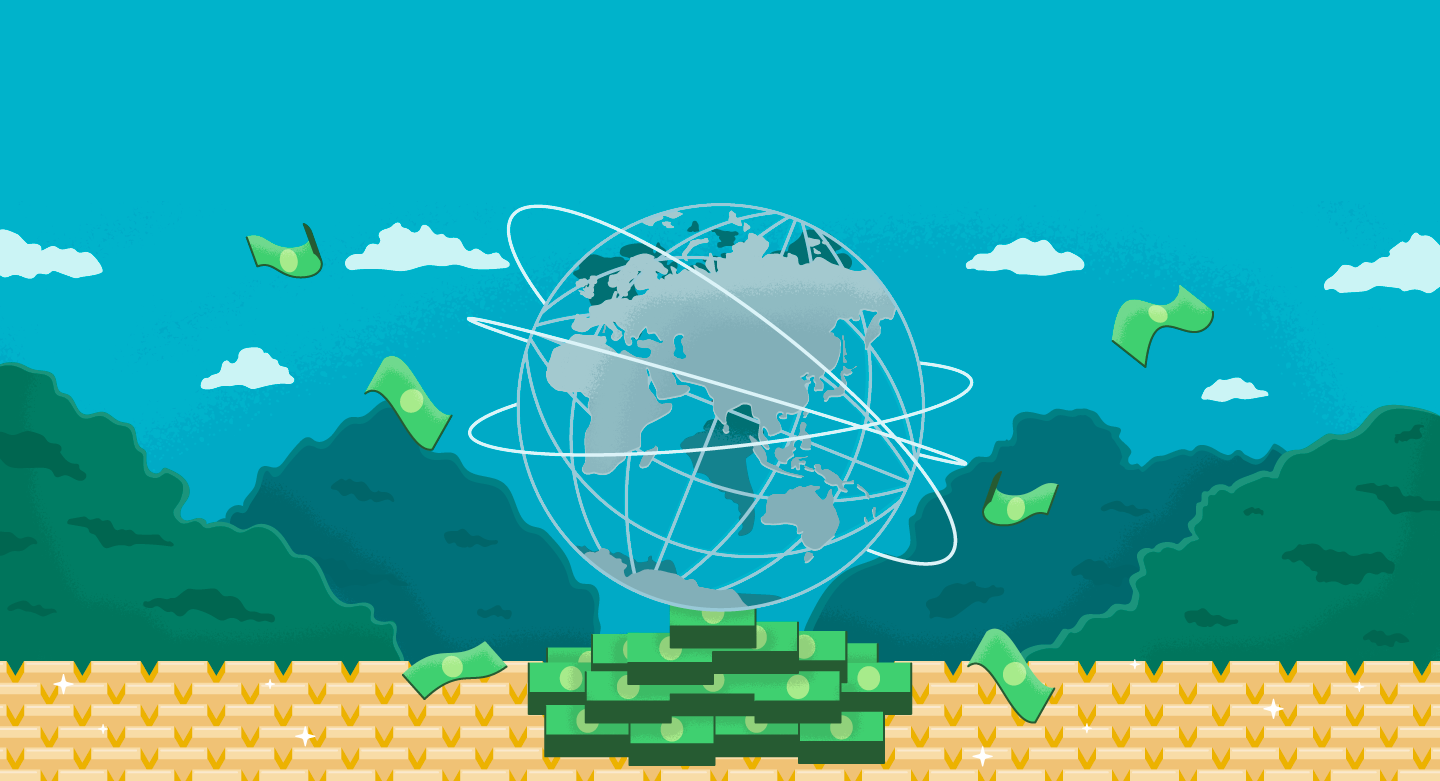 New York’s real estate community is still coming to terms with the impact of the historic rent reform legislation passed last week and how it could shape the commercial market. In Queens, some are banking investors will chase industrial and development assets in even greater numbers as a result of the landmark laws. 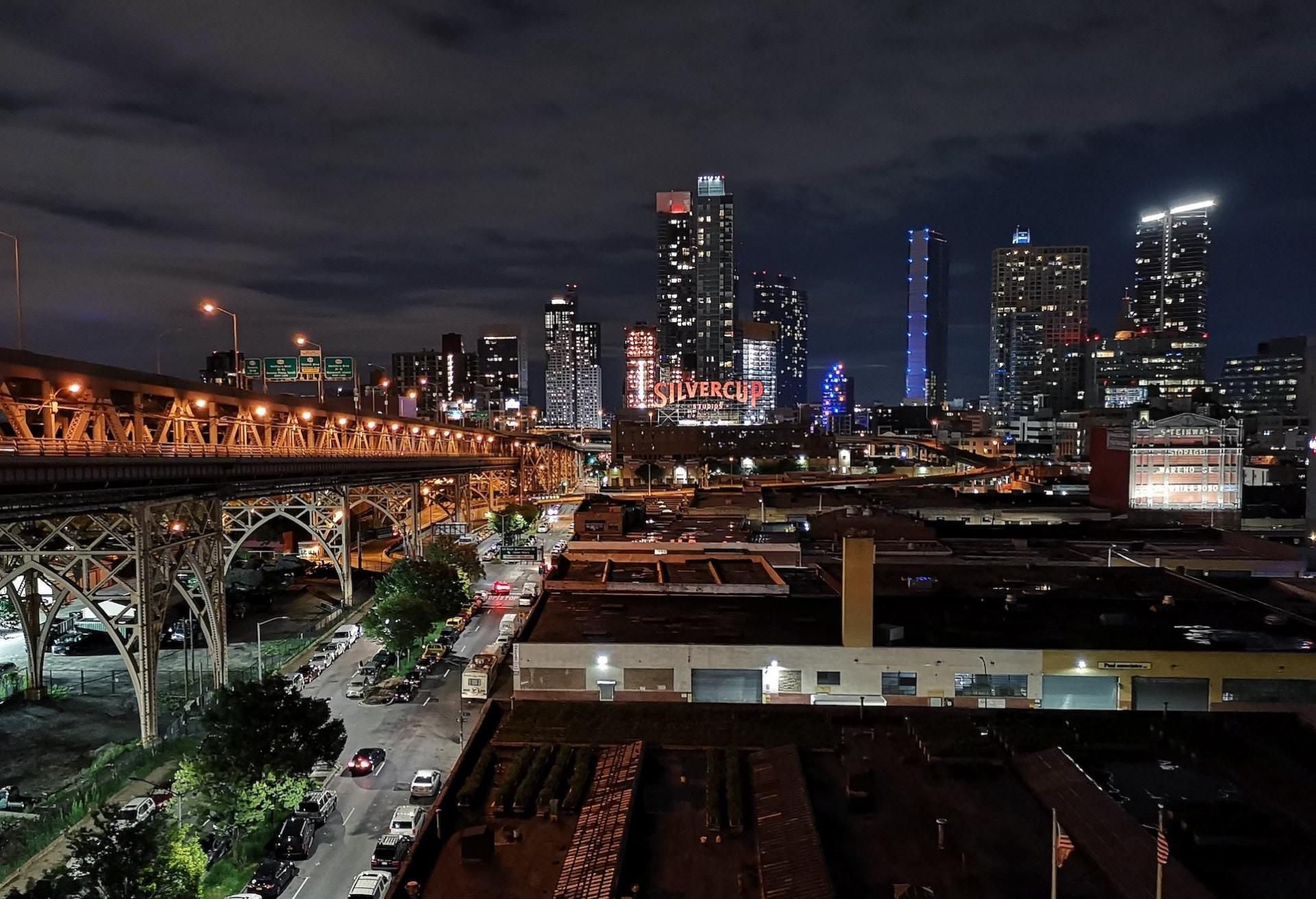 Like most of the city, the investment sales market in Queens has slowed in 2019. A total of $1.1B worth of investment sales were recorded in the first quarter of this year, according to Cushman & Wakefield data, a 2% drop from 2018. The number of properties sales dropped, too, sliding 6%.

Experts attribute much of the drop to the rent regulation reform. Details in the new rules around how rent stabilized units can be operated were announced last week, but investors have been skittish around multifamily sector for months now.

Although regulated properties could remain out of favor as the industry figures out the laws and what they mean for business, Queens brokers say other types of assets are seeing renewed interest as a result.

“We are really seeing a paralysis in the multifamily market, but we are seeing that money flowing into the other areas,” C&W Vice Chair Stephen Preuss said of Queens. “Over the last several months, while people kind of really put the pause on new multifamily asset class, I've gotten more calls to switch back to development."

As the population in Queens boomed, jumping 25% since 1980, real estate dollars have followed suit. Long Island City has seen a massive influx of high-end residential buildings, the office market has been growing steadily — and developers are expanding deeper and deeper into the borough in search of better returns.

Amazon’s decision to build a new campus on the waterfront — a deal the tech giant killed a few months later amid political pressure — was considered by many as the ultimate confirmation of the growth of the borough. 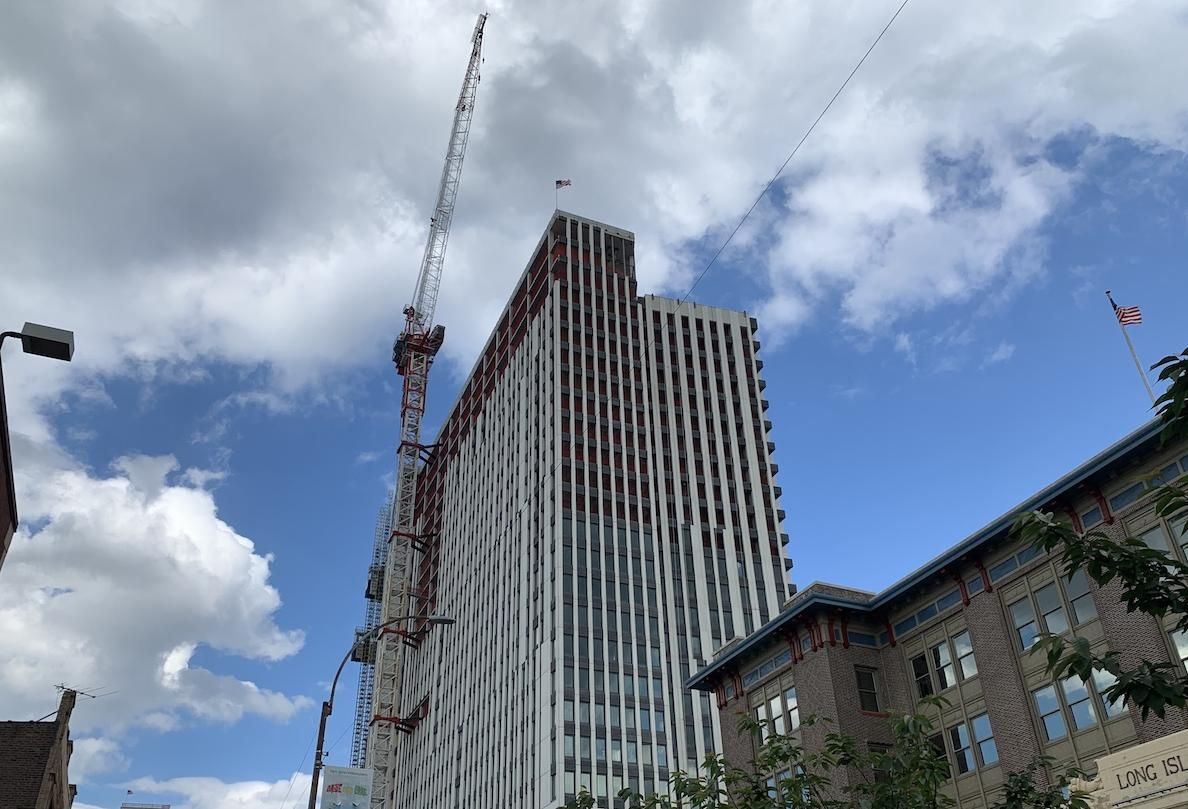 Preuss said Queens’ investment sales market last year was defined by several blockbuster deals, which has also contributed to the drop-off in sales volume between 2018 and 2019.

In December, a Carlyle Group-managed fund paid $284M for luxury rental 1 QPS Tower in Long Island City, the highest price ever paid for a rental in the borough. Partners Group and Atlas Capital Group bought a stake in The Factory Building in Long Island City that valued that office and retail building at $400M. Blackstone Group paid Jack Parker Corp. $463M for three 20-story residential towers in Forest Hills.

Buyers are now taking more of a conservative approach, according to Preuss, who said assets under $75M are continuing to see plenty of interest. Investors are eying development sites, even in places like Long Island City and Astoria where there had been concerns about an oversupplied rental market and the market impact of the Amazon blowup.

“We think industrial and development, overall, will lead the way for the asset classes in Queens ... [and] we will continue to see the trend of both of those assets really flow of capital to the outskirts in Queens,” he said. “There is a lot of competition in Long Island City. So we are seeing larger and smarter capital [go to] eastern areas of Queens like Jamaica, North Queens, Greater Flushing, Ridgewood, Rego Park ... money is looking deeper into Queens for more opportunity.”

"The primary drivers of change in Queens are gentrification, density and population growth in the key markets like Long Island City, Astoria and Flushing," he said. "I think [the laws] will have tremendous impact on owners across the city. But I don't think that it's going to impact the demand drivers and the growth of these specific markets in Queens. If anything it will create more demand for new housing." 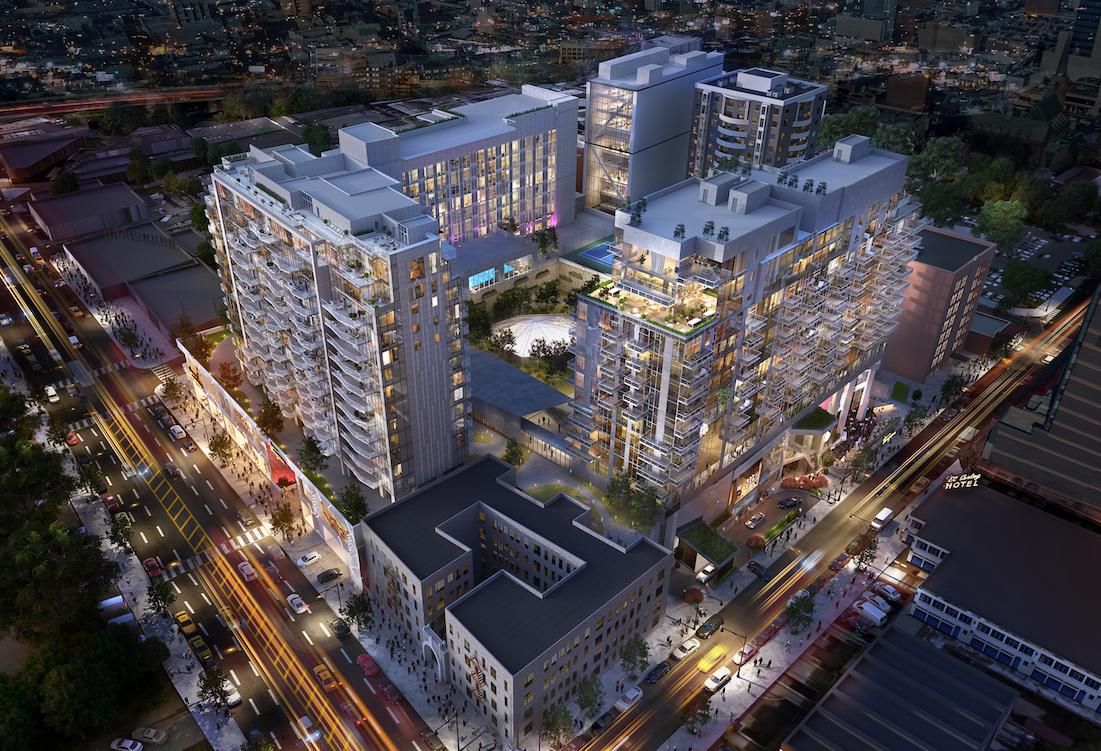 In the first quarter, per C&W figures, industrial assets made up the largest chunk of the overall dollar volume in Queens, with a total of nearly $292M sales closed. Specialty-use assets followed, with some $200M worth of sales closed, and development assets came in third with a total of $182M total volume.

Ariel Property Advisors’ Alexander Taic said so far in 2019, it has been incredibly challenging to get a multifamily deal done. Ariel figures through the end of April show there has been around $2B worth of investment sales closed in Queens across 201 transactions.

Out of that, 35% of the deals were development sites and 22% were industrial, self-storage and warehouses sales, according to Taic, and around 18% of sales volume was for multifamily and mixed-used buildings with over 10 units. By comparison, multifamily accounted for 30% of all sales last year.

“It’s going to take three to six months for multifamily investors to wrap their head around the new laws and really understand them … [but] the development, industrial and smaller assets — five units and under — markets are really going to pull through,” Taic said, adding areas like Maspeth, Woodside, Elmhurst and eastern Sunnyside are seeing interest from industrial players.

“The rent stabilization laws [were] really affecting one specific market, and because Queens is so diverse, it didn’t bring the whole house down.” 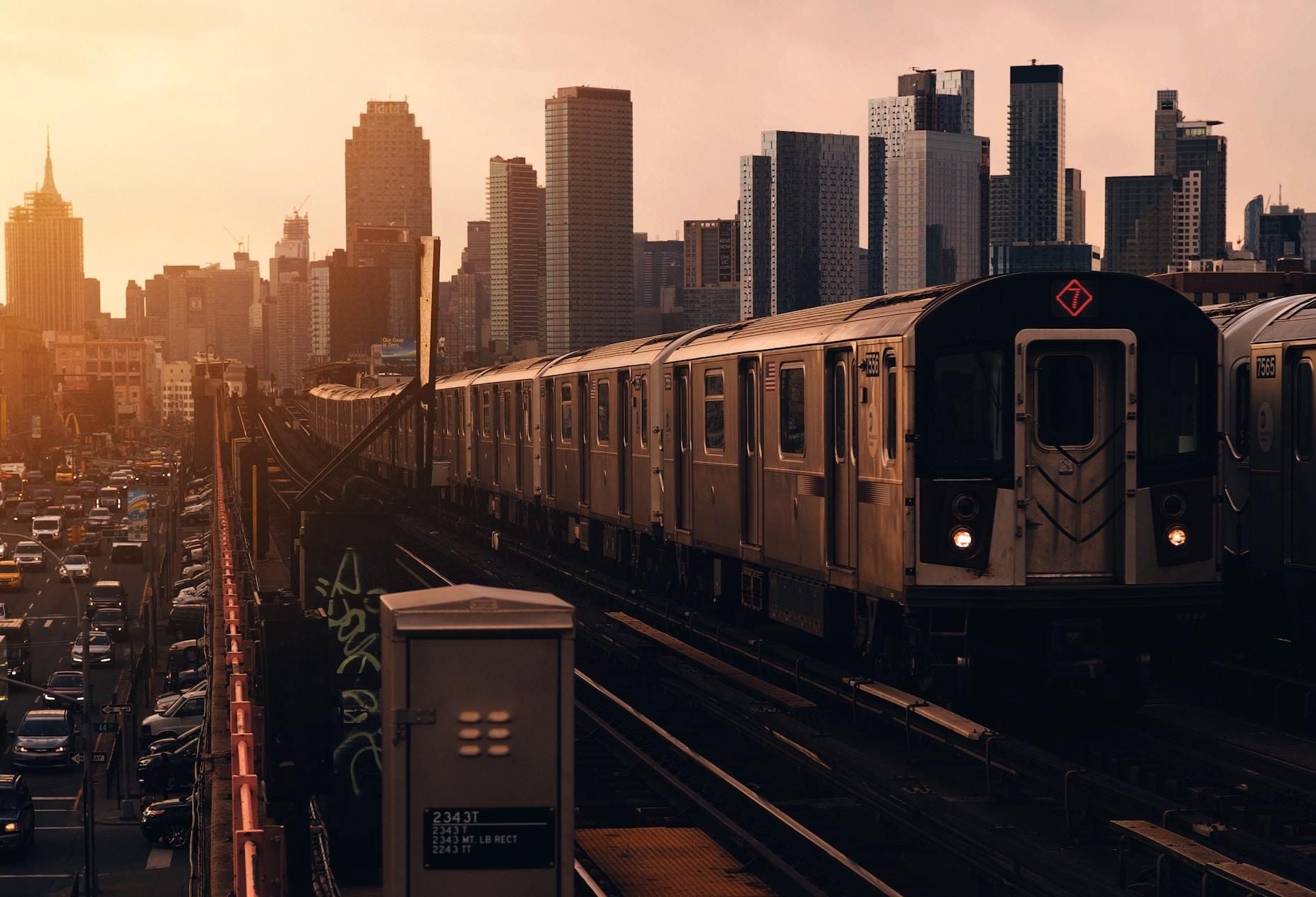 Scott Barone, a developer whose company has three active development sites in Queens, including a school in Elmhurst and a mixed-use project in Long Island City with light industrial, warehousing, commercial offices and a charter school, said he expects increased competition for non-rent-stabilized assets.

“I think it’s going to be a combination of both debt and equity,” he said, adding that he plans to continue expanding in places like Woodside and Northern Queens. “Banks that typically that would have lent on rent stabilized are now not going to be doing as much activity on that side.”

Avison Young broker Daniel Tropp noted that overall the number of total sales declined by more than the total dollar volume between the first quarter of this year and the first quarter of the year before, suggesting prices are going up and larger transactions are taking place. The brokerage’s figures show the average price per buildable SF was $228 in the first quarter in 2019, he said, up 8% from 2018. However, he said investor confidence across the city has been shaken by the new regulations.

“The effects are felt by all asset classes, investors and developers," he said. "It would be naïve for developers to sit back — watching what just happened to multifamily owners that have been hurt by [a] few actors — [and] think, 'We’re immune because we don’t own multifamily.'”