Opportunity zone funds are touted for their ability to defer capital gains for the people investing in them while moving billions of dollars into low-income communities.

The burning question that remains is whether the opportunity zone program will add value to these communities or whether the infusion of capital will result in gentrification. Though developers and investors are scouting sites, it is too soon to tell whether the program will benefit disadvantaged communities in metro Denver, Chief City Economist Jeff Romine said. 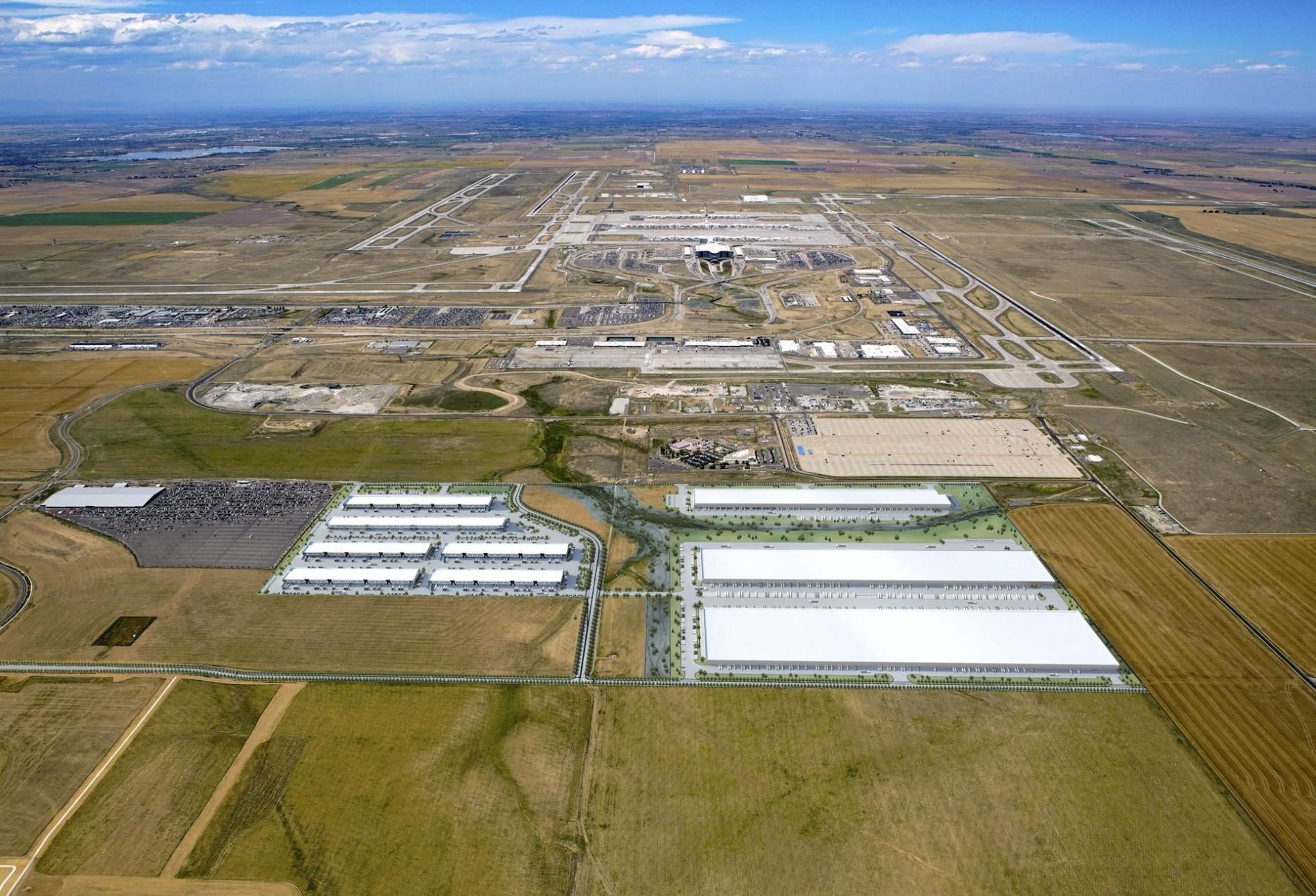 “There are some people looking around, but they’re looking for almost prepackaged investment opportunities,” Romine said. “This tool has not created a greater focus on Denver. That existed before because there was always a value proposition here.”

Of Colorado’s 126 opportunity zones, 37 are in metro Denver. The city of Denver itself had nearly 40 tracts that would have qualified for the program, but low-income areas like Globeville were excluded because they already were seeing a surge in new development, Romine said.

It is tough for the city to track because even if people are investing and developing in opportunity zones, there is no requirement that they involve or even inform the city if the project they are seeking approval for is being developed using an opportunity fund.

“We’re reaching out to as many development friends as we can and encouraging people to call us to learn more about it,” Romine said. “We feel that this program can work to the benefit of the community and the neighborhoods.”

Denver owns a couple of parcels in opportunity zones that it would like to find development partners for. Last year, it issued requests for proposals for the properties at 8315 and 7900 East Colfax. The city is looking to develop affordable housing on the 7900 site and a mixed-use project at 8315. The city issued the RFPs hosting public forums with the two council members who represent the districts where the properties are located to determine what the residents wanted to see there.

“We hope to make announcements on those in the near future,” Romine said. 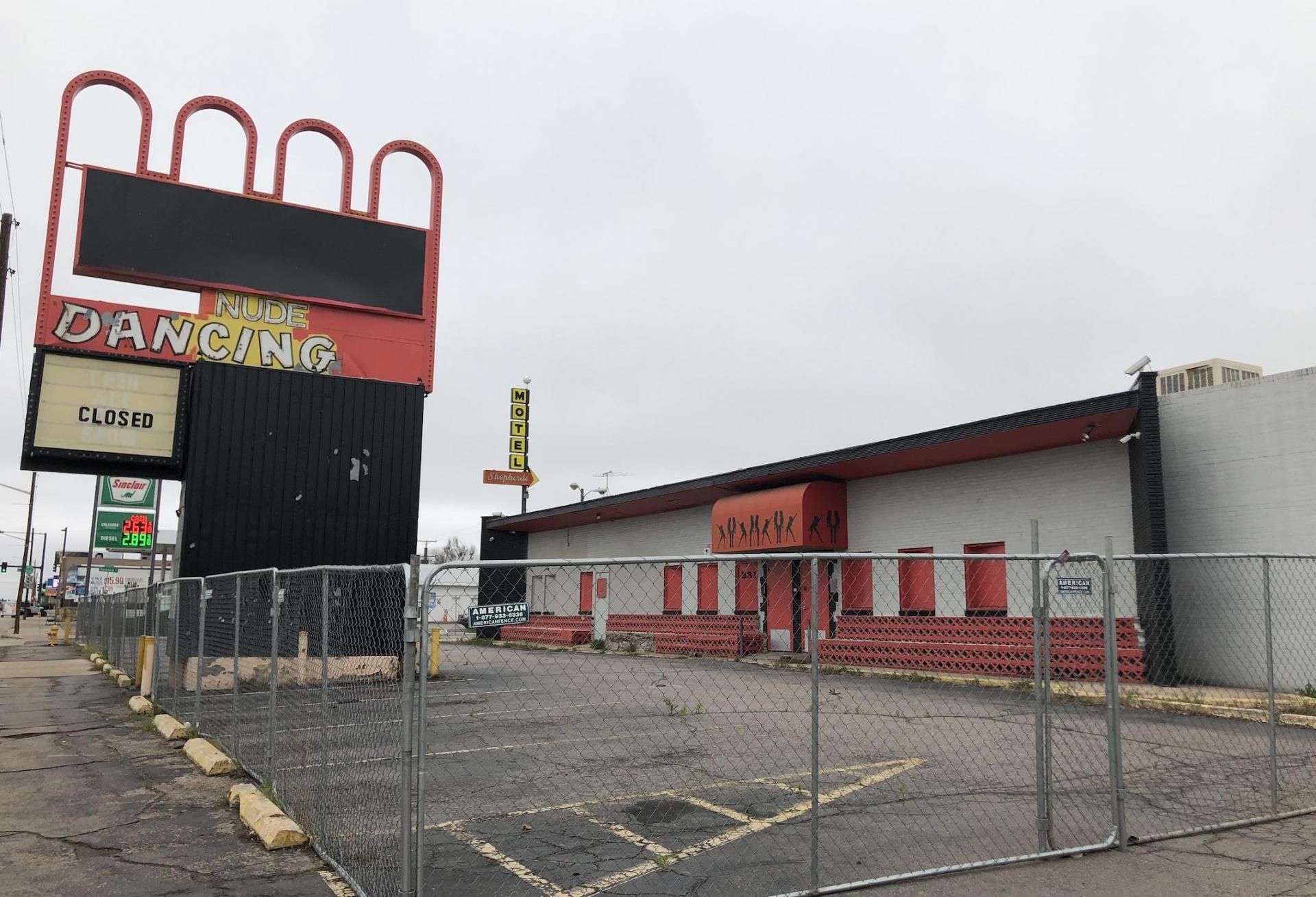 Other opportunity zone locations where the city plans to have community discussions are Morrison Road in the Westwood neighborhood and the area near 41st and Inca.

“We would look for the developer to add additional benefits such as nonprofit space, jobs and businesses,” Romine said.

There may not be a requirement to talk to city officials, but it can be a good idea. Developer Dan Green reached out to the Aurora Economic Development Council after he learned of a site near Denver International Airport that is ideally suited for the industrial buildings he develops near airports across the country.

Green, who learned about the opportunity zone program at the same time he was negotiating the acquisition, worked with the Aurora EDC to present the site to the governor’s office for consideration to be included in the program. After it was accepted, he created a private opportunity fund to purchase the land. He is also using the fund to pay for design and construction costs. Green said he is likely to create a separate fund that accepts investments from non-family members.

“We got a little lucky on timing,” said Green, who plans to relocate his company and family from the East Coast to Denver this summer. “There are a lot of people raising a lot of money and looking for opportunity zone projects that are viable. I think that’s going to be the challenge. Before opportunity zones, there was a lot of capital chasing deals and there weren’t enough to go around.”

At DIA’s southern border, Green’s 247-acre JAG Logistics Center at DIA is the closest privately owned land to the airport’s tarmac. Green is talking with the airport about building a tug road from his property to the tarmac, which would enable his customers to unload cargo from the plane and get it directly to their warehouses. 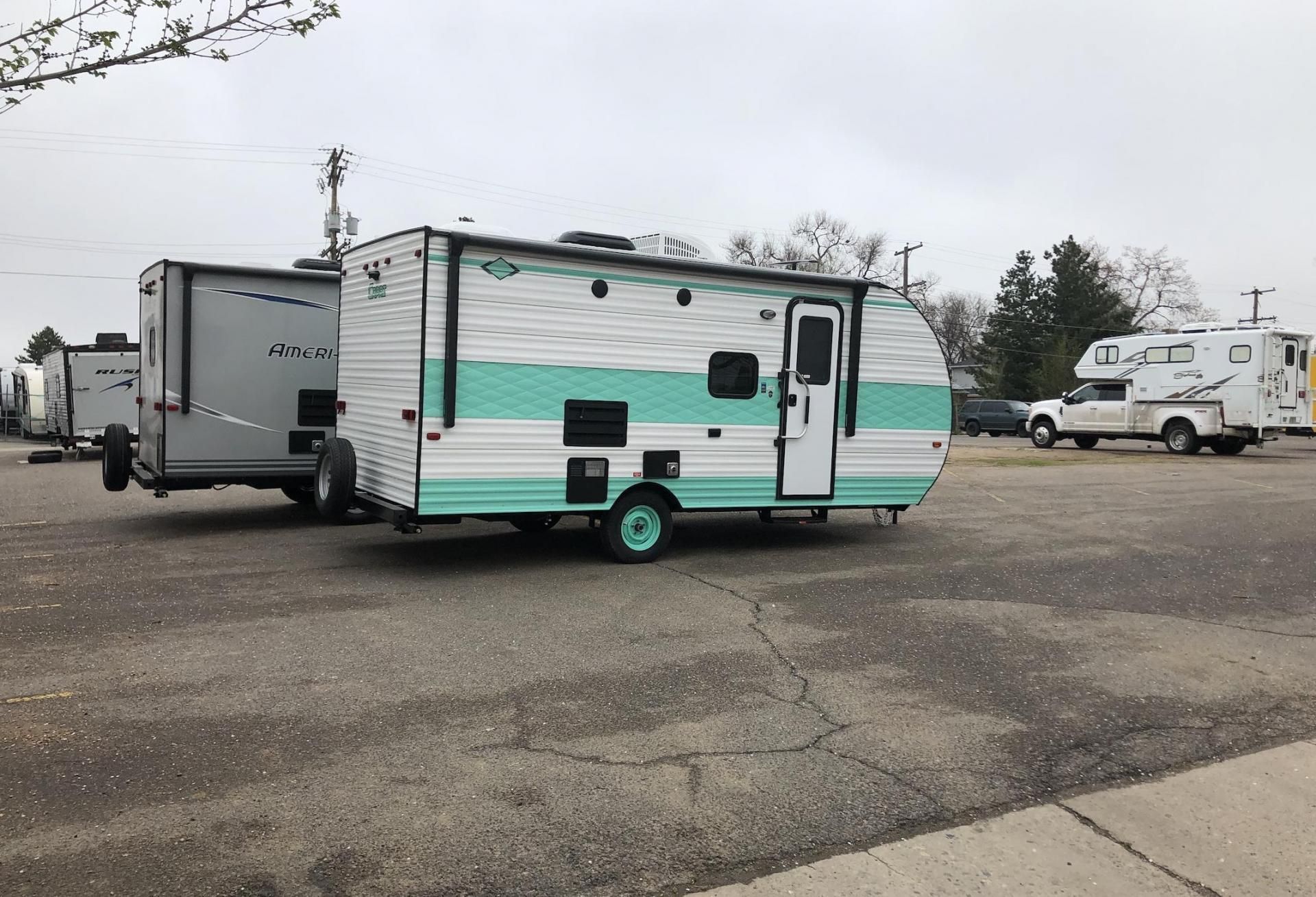 “It’s off-airport pricing with on-airport access,” Green said of JAG Logistics Center at DIA. “There’s been no shortage of people who have approached me about it. It’s a very compelling project. E-commerce and air cargo have really merged. Anybody that moves goods through the air also puts them on a truck.”

“Those funds provide the extra push to help solve challenges, such as the lack of infrastructure,” he said. "I view the tax deferral almost like a federal loan for seven years where you have the full use of taxes due on prior capital gains to get new projects rolling, and then you pay back that ‘loan’ at a discount if you invested the capital in low-income areas.”

Infrastructure improvements include new roads, utilities and a lift station to push sewage uphill. Green said he looks at areas with potential for growth and cities that welcome developers. 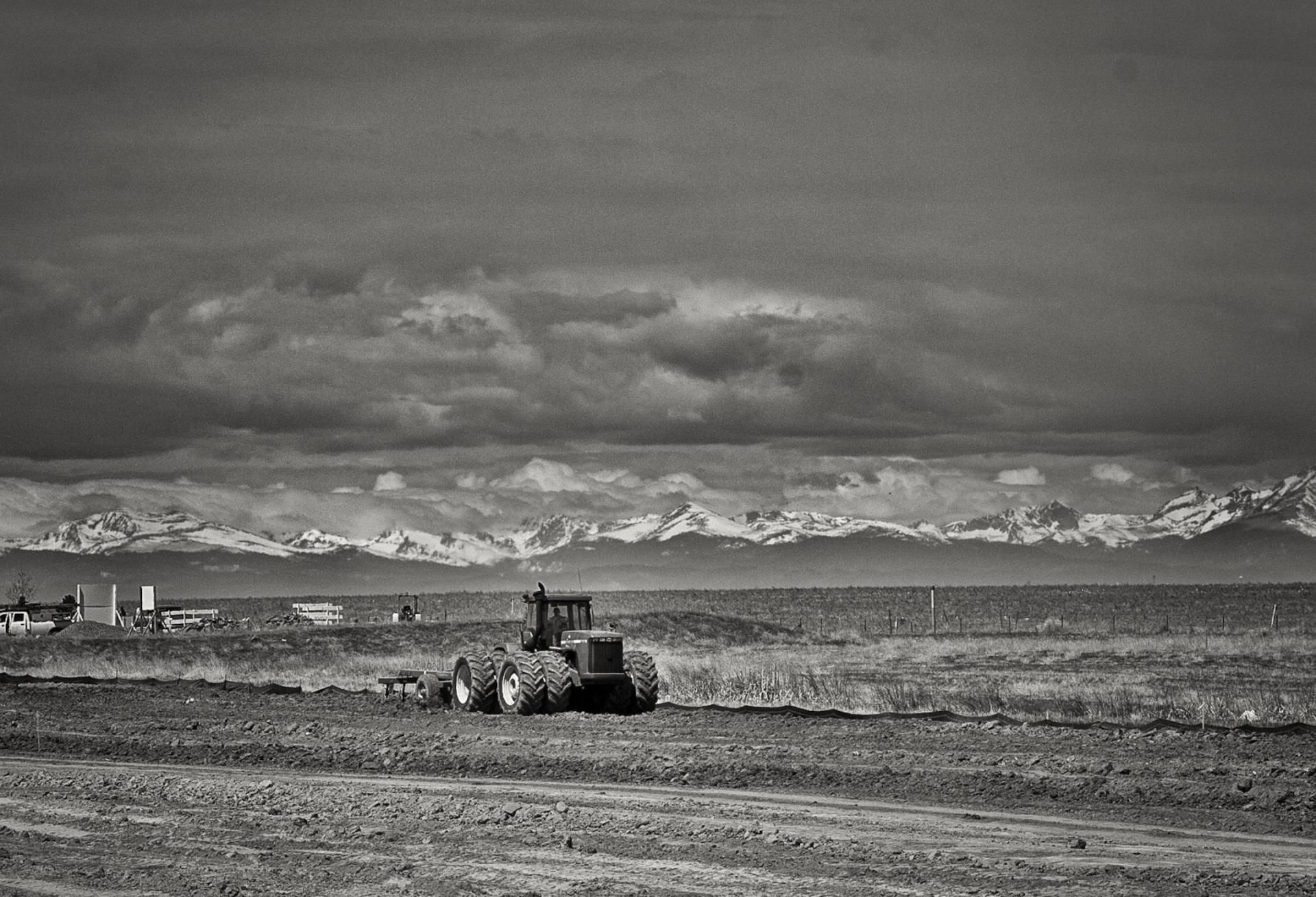 Green believes he is among the first developers to actually start construction on an opportunity zone project, though others are actively looking for appropriate projects so they can establish funds to pay for them.

Denver-based financial services consultancy Signet Partners, for example, is on the verge of creating an opportunity zone fund, but it is still looking for the right site and project, Chief Operating Officer Tim Lee said. Lee is working with Signet co-owners Steve Cohen and Steve Wiener to establish the Blue Spruce Opportunity Fund L.P.,  which has a targeted size of about $100M that will be leveraged to develop projects totaling about $300M. The group is capitalizing on Cohen’s experience and relationships in Denver real estate circles to find an appropriate project to build a fund around, said Lee, whose background is in capital markets and public policy.

“The driver is going to be finding the right developers and the right projects,” Lee said. “We’ve identified a number of candidate sites and have had successful, promising conversations. We’ve had prospective investors reach out to us, but we don’t want to be in a position where we have all this investor money and no place to put it.”

Blue Spruce will be managed by Signet Partners affiliate Community Capital Services LLC. It has identified sites in Englewood, Pueblo, Colorado Springs, Aurora and south of DIA as potential candidates for projects.

“We think there’s a specific place for us in the opportunity zone ecosystem, and that’s a truly community-oriented regional fund with a Denver focus,” Lee said.

Dakin Capital LLC CEO Karl Dakin is working with Mickey Willis on redeveloping about 127 acres just north of the Cache la Poudre River and adjacent to the former Fort Collins Sugar Beet Factory in historic Old Town Fort Collins. Dakin and Willis are looking at establishing an $8.5M opportunity fund to pay for the net zero project, which can accommodate about 3M SF of mixed-use development that will have industrial, retail, office and residential spaces, as well as artisan live-work space. 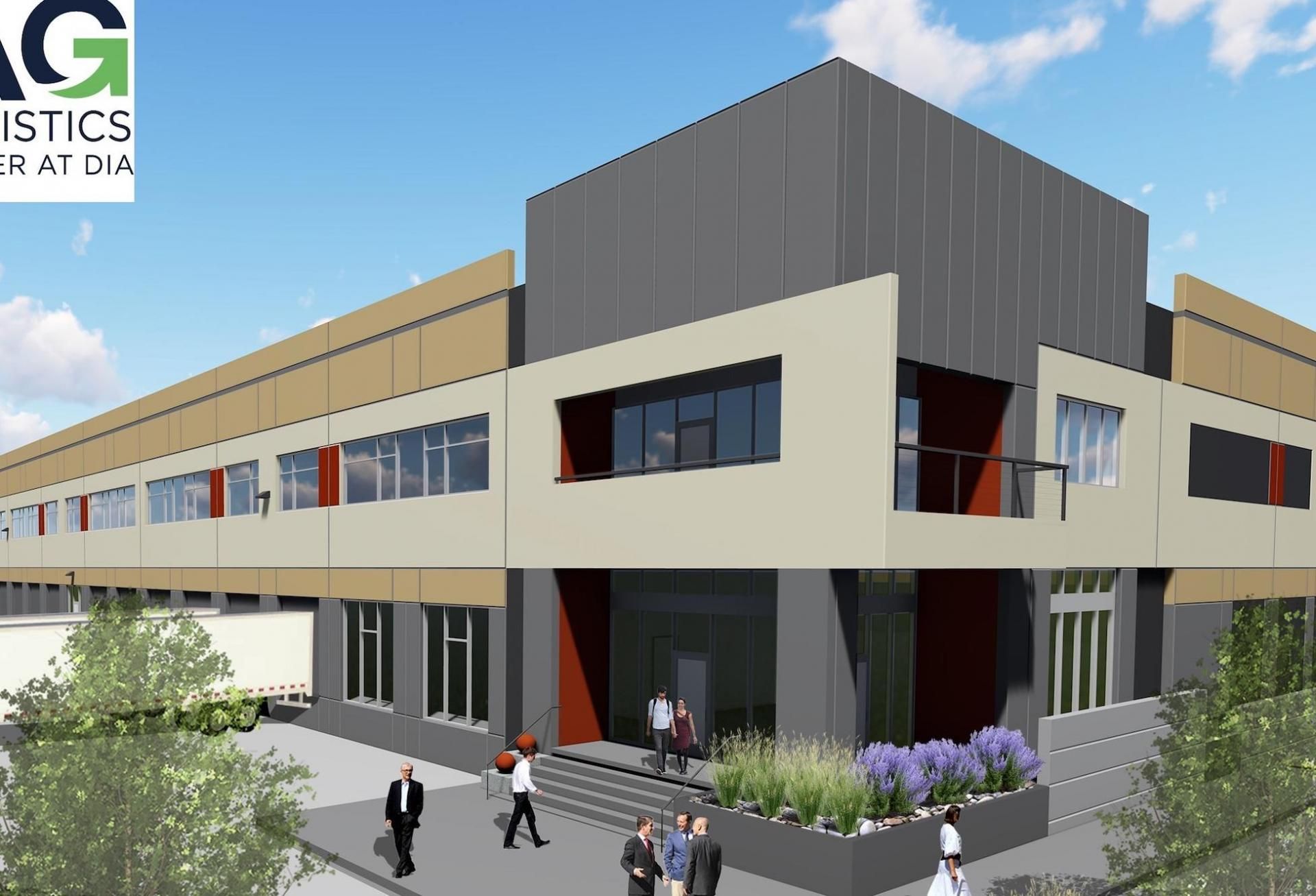 Because the project is net zero, the master developer is requiring tenants to build out their own systems so the systems work in conjunction with the main infrastructure.

“Tenants have to be public benefit corporations,” Dakin said.

Dakin also has talked with a number of existing funds that have expressed interest in similar projects.

“They’re sharing with me what we need to do to qualify for investment from their groups,” Dakin said. “We may set up an initial fund and syndicate with other funds to raise the total capital amount. We’re talking to a couple of funds that may be big enough to do it all without us setting up our own fund.”

Colorado Office of Economic Development and International Trade Opportunity Zone Program Director Jana Persky said there are a number of projects outside of metro Denver that are considering using opportunity zone funding, including small housing projects in Delta and Durango and the Colorado Outdoors Center in Montrose.

“The idea is to galvanize local investors who want to reinvest in their communities,” she said. “In thinking about the state’s role, we want to be a backbone of support that has a spectrum of goals related to opportunity zones. We want to provide different places to accomplish the goals that people locally want. It’s just an incentive that we can build a program around. It’s not just serving as a tax break for investors.”