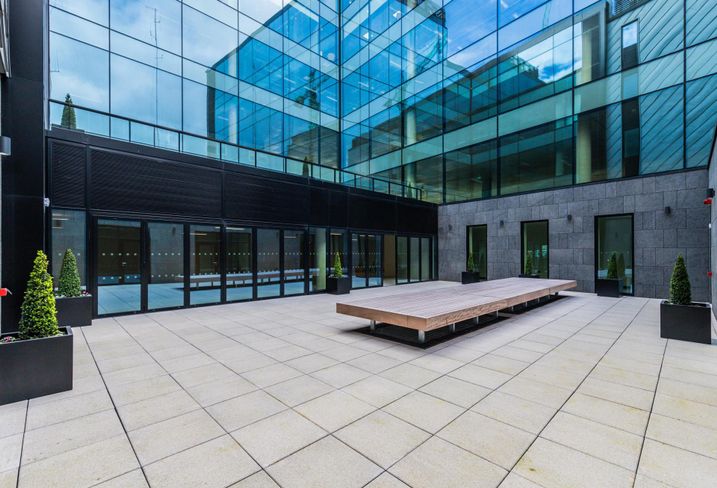 Courtesy of Patrizia
Patrizia has acquired The Eight Building in Dublin.

The Eight Building site had originally been acquired by funds advised by Ekistics Property Advisors and was developed by Revelate Capital and Valorem Investment Partners.

Completed in 2021, The Eight Building features ground-floor retail space and has a total net internal area of circa 79K SF across five floors.

The building faces Newmarket Square, known as the centre of Dublin’s traditional brewing and distilling industries. The area has been undergoing a transformation in the past two years, largely driven by the development of new student housing, residential and commercial facilities, alongside the restoration and upgrading of historic buildings.

Patrizia said that the acquisition was in line with its sustainability strategy and that The Eight Building has been developed to LEED Gold and WiredScore Platinum standards.

“For Patrizia, as a key enabler of smart cities and smart buildings, investing in The Eight Building in this rapidly growing tech hub of Dublin, was an opportunity too good to miss.”

With the latest investment, Patrizia said it has grown its assets under management in Dublin to nearly €830M, and Irons added that an important factor for the city’s success is its “world-class fibre optic network connectivity as an early adopter of 5G in 2019”.

Patrizia was advised by Knight Frank and A&L Goodbody.

Success! You are subscribed to the Bisnow Dublin Newsletter.