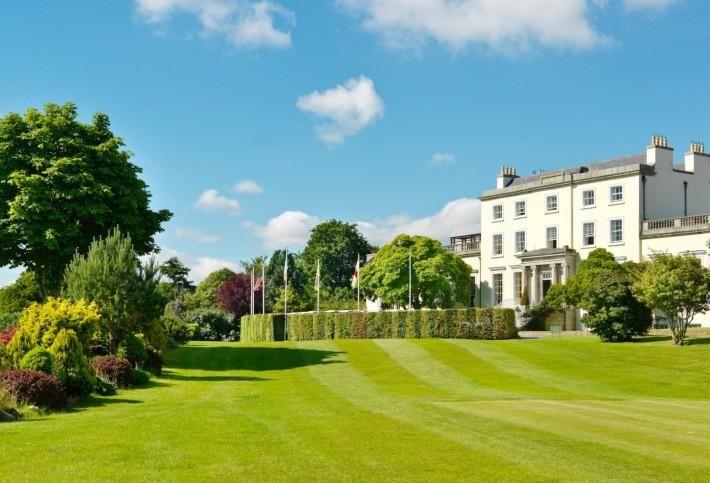 Less than six weeks after the news that the 5-star K Club in Co Kildare was being put on the market for €80M, Druids Glen Hotel and Golf Resort is also up for sale, this time with a guide price of €45M.

Located near Newtownmountkennedy in Co Wicklow, Druids Glen includes a 349-acre estate with a 145-bedroom hotel and two 18-hole golf courses, one of which hosted the Irish Open four times between 1996 and 1999.

The 5-star hotel opened in 2002 as a Marriott and has been fully refurbished in the last four years. As well as the guest rooms, it includes eight conference and event rooms, a spa, a health club and dining rooms.

According to Savills, which is managing the sale, the hotel is free of brand or management agreements.

Savills Ireland Director of Hotels and Leisure Tom Barrett said the property will appeal to domestic and international buyers.

Savills is also selling the K Club, a 550-acre estate with a 134-bedroom hotel and two 18-hole golf courses, designed by seven-time major winner Arnold Palmer. The resort, which is currently owned by businessman Michael Smurfit, hosted the Ryder Cup in 2006.

Earlier this month, The Irish Times reported that around 100 prospective buyers have expressed an initial interest in the K Club. The report quoted Barrett as saying that around a third of those parties were Asian, a third American and the rest from Ireland, the U.K., Europe and the Middle East.

No doubt some of these prospects will also run the rule over Druids Glen.

In its July bimonthly report, CBRE said the appetite for hotel properties remains strong and demand continues to outstrip supply. The agency said just eight hotels traded in the first six months of the year for a total of €214M. Among these were the Citywest Hotel in Dublin and the Hilton Garden Inn Dublin Custom House — part of the Amaris portfolio — which between them sold for around €175M.