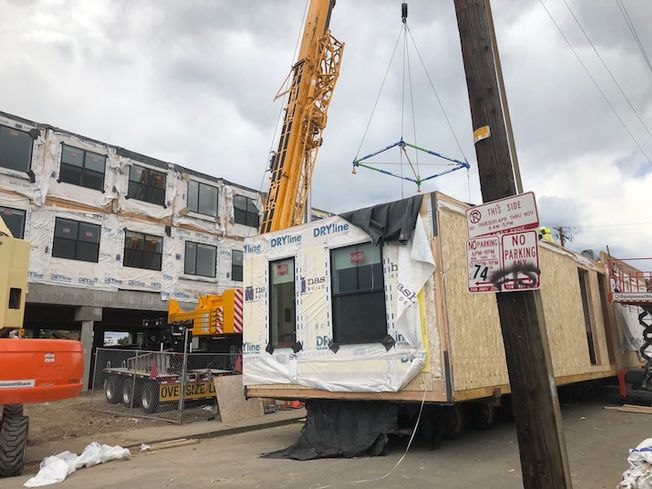 Box by box, a 43-unit workforce multifamily project at 1775 Federal Blvd. across from Mile High Stadium is being put into place. 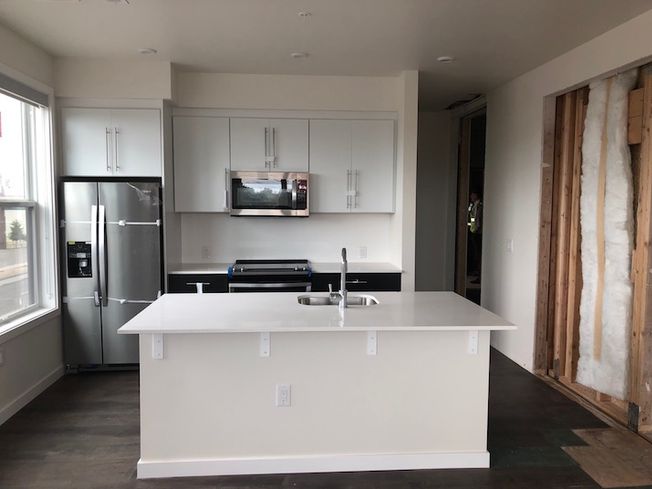 Bisnow/Margaret Jackson
The units came with kitchen and bath appliances and fixtures in place when they were delivered to the job site across from Mile High Stadium.

“I’ve always tried to do workforce housing,” said developer Rob Hahn, who several years ago built a modular, affordable project at West 32nd Avenue at Elliot Street in Denver’s Highland neighborhood. “This is a great location with views. It’s a 10-minute walk to light rail and a five-minute drive to Sloan’s Lake. I think we’ll see more of this.”

Paul Gilbert of E. Gilbert & Sons, a third-generation general contracting company based in Utica, Michigan, said while most companies shy away from modular projects because they don't understand them, his company works exclusively in modular construction. 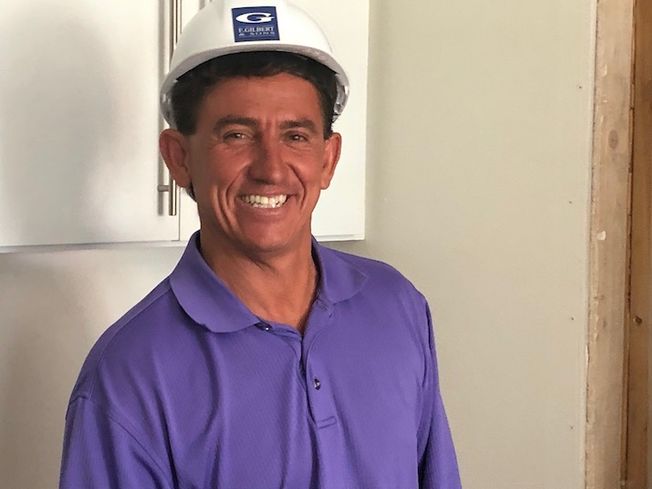 “Everybody’s afraid of it,”  said Gilbert, who also consulted on Hahn’s project at 32nd and Elliot. “But this is a showcase job across from the Broncos’ stadium.”