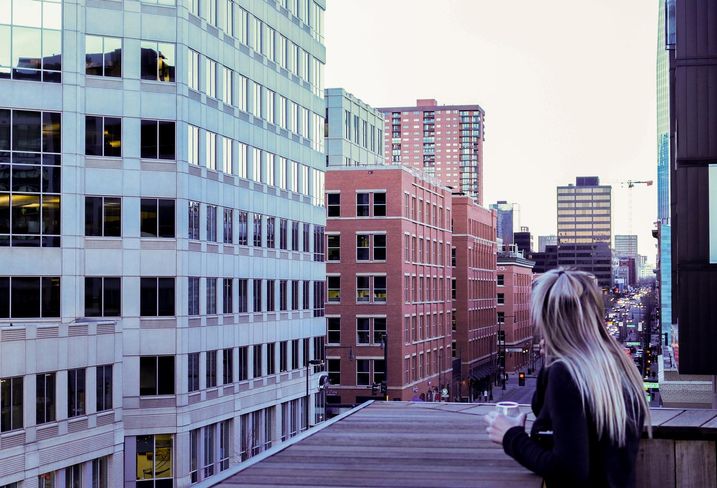 Pixabay/Kalhoefer_Designs
Denver's apartment market is a top target for investment.

Metro Denver is a prime location for investors looking to purchase multifamily assets this year, after hitting a record-setting $8.1B in sales volume in 2021, driven by a shortage of inventory and high demand for rental units in the market.

“Coming out of the pandemic, Denver was one of the top investment targets for buyer prospects,” JLL Capital Markets Managing Director Pamela Koster said. “Both from investors who already own here and those trying to enter the market.”

Of all the deals completed in 2021 by Koster and her team, which specializes in multifamily transactions, about 30% included buyers that were investing in the Denver area for the first time.

Both the sales volume and the new investor interest are products of Denver’s housing situation, which begins with an extraordinarily low inventory of for-sale homes available. Housing inventory bottomed out earlier this year at fewer than 1,200 listings, but rose somewhat in anticipation of the summer selling season, reaching 2,200 by the end of March, according to the latest data from the Denver Metro Association of Realtors.

Unable to find homes to buy, droves of newly minted Coloradans have turned to rentals at the same time that supply constraints and labor shortages have elongated development times for new units, pushing up rents and creating an enticing atmosphere for investors.

“Denver in the last two years has had some of the strongest apartment fundamentals we’ve ever seen,” Koster told Bisnow.

Effective average rents in the metro area increased by 19.6% year-over-year in the first quarter of 2022 to $1,776 per month, according to Denver-based multifamily analyst Apartment Insights. And over the last year, the marketplace has absorbed a record 15,440 units.

View at Wash Park, formerly known as My Block Washington Park, at 255 North Washington St., sold for $63M, or $803 per SF, dethroning a record held by Tennyson Place for just three months after the property sold in December for $790 per SF.

The Denver metro area grew by nearly 820,000 people from 2010 to 2020, according to population estimates by the Colorado Demography Office, although data from the recent census show that Denver County and a few of its metro-area counterparts actually declined in population between 2020 and 2021, a symptom of the pandemic that experts believe will reverse itself.

But one year of pandemic-influenced population shrinkage doesn’t seem to be enough to scare off investors seeking to capitalize on Denver’s decadelong run-up, given the other dynamics present in the market.

“Denver is going to remain one of the favorites on investment lists for the next several years,” Koster said.

One thing that is ruffling feathers among investors is uncertainty in debt markets, led by rising inflation and spiking U.S. Treasury prices, especially ahead of the May meeting of the U.S. Federal Reserve, at which another interest rate hike is likely.

Investors are in a period of price discovery, Koster said, and accordingly will exercise caution until they can get a better sense of where capital markets are headed.

“Capital doesn’t like uncertainty, and right now there’s just a lot of uncertainty,” she said. “Everybody’s adjusting the parameters they’ve been underwriting to for the last 14 to 16 months.”