A parcel the size of Newark, New Jersey, sits on the east side of the Denver metro area, just south of the city’s airport, waiting for the development projects that local officials hope will transform the land surrounding Colorado’s major transportation hub.

And that 25-square-mile parcel, owned by Denver International Airport itself, is just one of a host of plats awaiting their groundbreakings on the windy prairie edging the Mile High City. 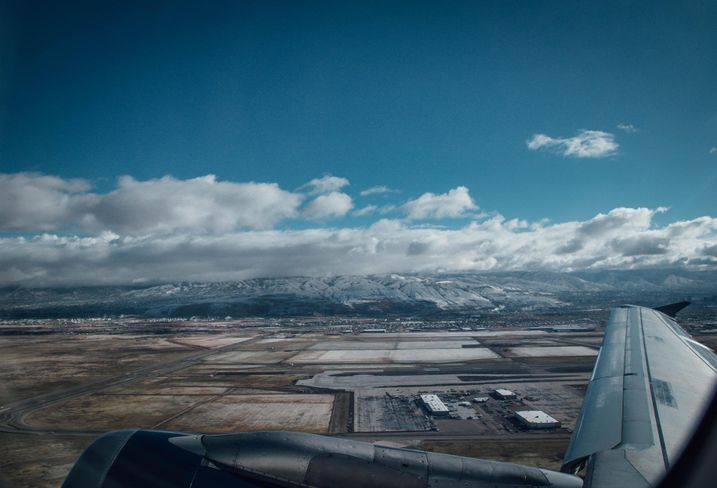 Unsplash/Christopher Ott
View of the east Denver metro from above

A new slate of ambitious, large-scale projects were announced this year and are expected to  bring previously unseen levels of activity to the area, offering up big potential for those willing to navigate the varying interests in the area and bet on further population expansion of the swelling cities that make up metro Denver.

“Denver has added about a million people since the airport was built,” DIA Senior Vice President of Real Estate Ken Cope said. “If you were to try to build a whole lot on our land 25 years ago, there wouldn't be a population base, there wouldn't be enough traffic to support some of those uses, etc. And there wouldn't be the infrastructure. But now, because of all of the private development that has occurred around us, we have a really great opportunity to be building on our land.”

Among the private developments planned in the area: The Opus Group in June announced plans to develop an industrial park on 316 acres purchased for $49.7M, a move that will one day add a whopping 4M SF of industrial space. In October, an even more significant player appeared on the scene: Port Colorado, a 6,500-acre park south of Aurora’s Air and Space Port, that will add over 2M SF in its first construction phase alone, and ultimately much more than that.

“I think this project is going to be the next big thing for Aurora and for all of Colorado,” Wendy Mitchell, president and CEO of the Aurora Economic Development Council told Denver Business Journal in a piece that called the initiative “massive.”

The so-called “airport submarket” — the portion of Denver and Aurora south of DIA, east of E-470 and North of I-70 — is home to a growing number of industrial parks, including HighPoint Elevated, which broke ground in 2021, and includes Dollar General and Xcel Energy among its future tenants. The area has long been the engine of metro Denver’s industrial market, but got a shot in the arm in the last couple of years, courtesy of a boom in e-commerce. And although the industrial market nationwide is slowing, Denver’s is going strong.

After a slight pullback earlier this year, industrial tenant activity has surged in recent months, reaching levels consistent with record highs of the past three years, CBRE Vice President Todd Witty said. He points to several trends, in particular, that are fueling that need, including the reshoring of American manufacturing jobs and the explosive growth of data centers.

Tenant demand for warehouse space has doubled since 2020, Witty said. At the same time, the average project’s footprint has gotten larger — a combination of supercharged growth and supersized scale has stoked unprecedented appetite for industrial space.

“The scale of industrial development has changed,” Witty said. “Your average new building in Denver was 100K to 150K SF, and it didn't account for some modern functionality, like trailer parking. Now we’re seeing huge trailer parking requirements, and much larger-scale industrial developments, where you're talking about buildings that are two hundred to a million feet. And even though that million-square-foot building could functionally fit on 40 acres, the reality is they need so many employee parking spaces and trailer parking spaces, that they're now taking 70 to 90 acres for a single project.”

Projects of that size can’t be plunked down anywhere in the city.

“You need a larger palette,” Witty said. “And that’s what you see out there, surrounding the airport.”

The airport submarket is one of the few places in the Denver metro where a huge supply of industrially zoned land exists. In that sense, it’s an increasingly obvious setting for any company eyeing a major expansion. But all that growth will require people who, in turn, will need places to live, shop and eat.

New residential projects, including huge, master-planned communities like The Aurora Highlands, which will eventually add more than 12,000 homes on almost 4,000 acres directly east of E-470, should help to ensure a certain amount of housing. Still, the balance of business growth and population growth may prove tricky. The airport land can’t be used for residential development, according to Cope, and permitting is limited in additional high-decibel zones, or “noise contours,” within a certain distance of the runways.

That’s not the only factor in what’s likely to become an increasingly intricate puzzle in the coming years. Earlier this month, Aurora approved a plan to develop a total of 151 oil wells on 20 sites within a 55-square-mile area in the northeast quadrant of the I-70/E-470 axis. A project of that magnitude would introduce logistical complexity and environmental considerations in any high-growth area, but it may prove to be especially complicated in Colorado, where oil wells by law must be set back 2,000 feet from neighboring homes.

Then, there’s the water. As drought and human usage stanch the Colorado River’s flow, Aurora has taken aggressive measures to safeguard its water supply, including restrictions on kinds of turf grasses that can be used in new developments. But industrial actors, including oil and gas companies, can be heavy water consumers, and the coming influx may only strain a critical resource further.

For now, though, a spirit of collaboration animates efforts in the region. Far from a Wild West atmosphere, bigger-picture strategy has been facilitated by a range of governmental and intergovernmental actors, including AEDC and the Aerotropolis Regional Transit Authority, an initiative of Adams County, the city of Aurora and the Aerotropolis Area Coordinating Metropolitan District. Even longtime competitors have been forced to collaborate, a recognition of their mutually aligned interests.

“We've spent a lot of time collaborating with other developers who are our competition — we really need to work together to make all these various projects come together,” said Joe Swensson, director of real estate development for The Opus Group, which is planning its first wave of construction at the 316-acre Sun Empire industrial park in Aurora.

For its part, DIA owns more land than any other airport in North America, and the acreage it will make available, surrounding the main facility and snaking along more than 10 miles of Peña Boulevard on either side, represents a potential paradigm shift for east Denver and Aurora.

In a rolling request for offers, or RFO, released to the public just before Thanksgiving, DIA separated its vast territory into seven districts, each with a specific focus for future development.

Some of these zones will be geared toward travelers, tourists and general members of the public, like the 85-acre, mixed-use “West Approach” district, directly north of Peña Boulevard and east of the E-470 interchange, which will prioritize hotels, restaurants, retail and offices. Others will be geared toward aerospace, cargo and logistics (“Aero-Industrial”); agribusiness, renewable energy and tech (“Second Creek”); transit (“Pena Station Next”); and smart manufacturing (“72nd & Himalaya”).

DIA’s formal invitation to developers and entrepreneurs asks them to pitch creative, ambitious projects in line with the airport’s strategic vision, Cope said. And since the land in question has a special zoning classification that allows for great flexibility, the sky’s truly the limit in terms of what can be built.

“Basically, it's up to the discretion of the airport's CEO to allow a use,” Cope said. “If I'm a developer and I'm looking to develop something, typically, I would have to take a raw piece of land and get zoned for what I want to do. In our case, really, all we have to do is make sure that it adheres to our [intergovernmental agreement] with Adams County, that it adheres to any FAA guidelines that we have to adhere to, and then that the use makes sense for the airport and the residents.”

Cope admits it’s hard to conceptualize the full scale of what’s possible — the area is that large. “We're talking an entire city, basically, that could be built there,” he said.