Critics Say Denver Is Overbuilding Multifamily. The Numbers May Show The Opposite Is True

Is Denver growing too fast? It's a question often bandied about in municipal meetings and town hall forums, but recent data shows the number of people moving to Denver is actually outpacing new construction.

Real estate firm CBRE says although Denver has been building multifamily units at a rapid rate, it hasn't been enough to meet current needs.

“We’ve had 30,000 units in the pipeline for construction over any given point in that period of time,” Matt Barnett, multifamily broker for CBRE and author of the report, told Bisnow.

“We end up delivering about 10,000 to 11,000 per year, we’ve absorbed that same number every year, and we’re still growing rents during that time period," Barnett said. "So the oversupply story has been something that people are conscious of, but it’s not really showing up in the performance of the multifamily sector from a rent-growth standpoint.”

Barnett said the "growing too fast" perception is simply a symptom of a city that’s in high-growth mode, which Denver has been experiencing since the 2007-2009 recession. 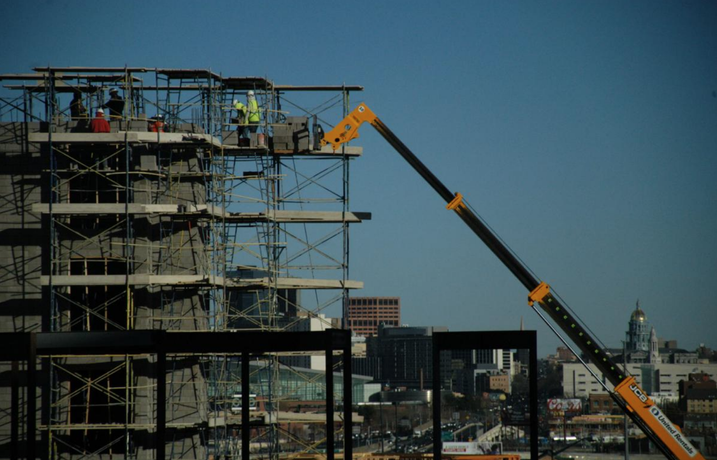 Bisnow/Jessica Machetta
Construction is struggling to keep up with demand for multifamily units in Denver.

The latest economic development data for the Denver Metro area from the Bureau of Labor Statistics shows steady job growth to match that population influx. Denver, Aurora and Broomfield have added more than 1,500 jobs per month since April. That's a 1.2% to 1.8% increase, with most of those in the professional and business services sector, followed closely by jobs in trade, transportation and utilities.

Colorado’s July 2018 population was estimated at almost 5.7 million, an increase of 77,744 residents from the previous year, according to the Colorado State Demography Office.

The state’s increase of 1.4% was twice as fast as the rest of the nation, with Colorado as a whole having the seventh-highest growth rate, behind Texas, Florida, California and Arizona, the report found.

While real estate professionals are eager to pounce on Denver's population and job growth, state demographer Elizabeth Garner warns that maintaining a balance over the next several years will be paramount to the city's success. Other Western locales in Nevada, Utah, Oregon, Washington and Montana, she said, are also seeing spikes in jobs and population.

"I think we can absorb what we've got coming online now, but we should be cautious looking at four, five, six years out," Garner said. "I would be looking at the type of housing we're building ... are we designing things appropriately? We could go a couple of years without overbuilding. But we should keep a close watch."

She also warns that not all of Denver's population growth is from an influx of well-paid professionals; an equal amount of food-service and hospitality workers are moving with them.

So how does the city make sure there is an affordability spectrum that meets everyone’s needs?

Because Denver is not showing the same demand for single-family homes, developers are focusing on multifamily units, Barnett said. Affordability and location make apartments an attractive option for Denver’s largest and fastest-growing workforce: renters.

“Many of the people who are moving here, regardless of the demographic, they are renters,” Barnett said. 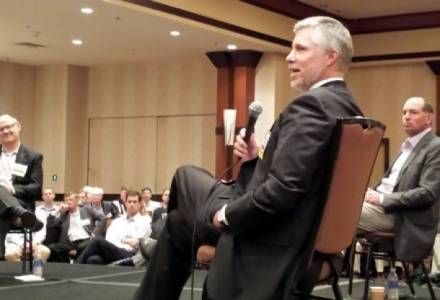 But Garner cautions about catering to a specific demand now. Millennials born in 1991 are now in their upper 20s and are, in fact, largely renters. However, she says those same people will eventually want to own a home.

While Barnett says empty nesters are also moving into high-end apartments after cashing in on their homes' appreciation values, opting for low- or no-maintenance apartment living, Garner says the larger portion of seniors are either staying in their homes, moving into assisted living, or leaving the state altogether because it’s just too expensive.

"The last thing a senior wants is a rent increase when they're on a fixed income,” Garner said.

CBRE analysts found that the workforce filling up apartments (and offices) in Denver is part of the area's increase in tech jobs, outdoor industry headquarters, and a strong energy sector and growth in the financial services sector.

Those are all signs that Denver is coming into its own as a destination for high-profile employers. Many of them see Denver as a cheaper alternative to coastal areas, as well as a city that a vibrant workforce wants to live in, Barnett said.

Regardless of what’s coming down the pike, growth trends in recent years are leading developers to see a formula that works in Denver now, and as long as those numbers make a profit, residents can expect to see the new construction continue.

That doesn’t mean it comes without challenges, Barnett said.

“We’re seeing a labor shortage in general here,” he said. “I think part of the reason we can only deliver 10,000 units a year they take longer than usual [to build] is because of the labor shortage, and usually if oil and gas is going well, that labor pool of skilled individuals that can reside here gets stretched pretty thin between the trades.”

That demand is placing some upward pressure on wages as well, and that’s affecting the pace of building new buildings. There is also the variable of construction costs, which could limit development. The same will happen if demand slows, Barnett said.

“They’re definitely doing the math and they’re bullish on the future of Denver regardless of the supply," he said. "I think the statistics of the supply of units getting built and the units getting absorbed has proven to be the rule and not the exception.”