Zeppelin Station To Open With 8 Food Vendors In December 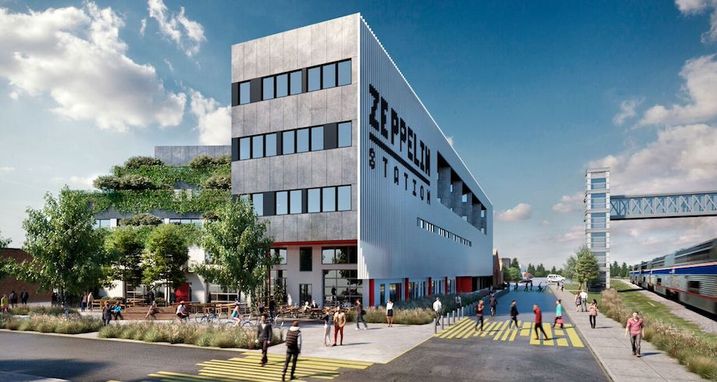 Courtesy of Zeppelin Development
Zeppelin Station is at the 38th and Blake rail stop.

When Zeppelin Station opens in late December at the foot of the new rail station at 38th and Blake streets, there will be eight food vendors and two bars in a ground-level market hall.

A full-service anchor restaurant will open in 2018.

“The food and beverage scene in Denver is booming, and it’s exciting,” Zeppelin's director of hospitality development, Justin Anderson, said. 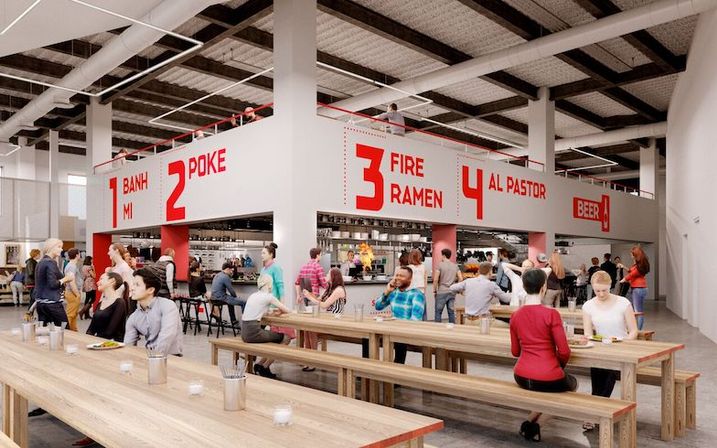 The six announced food vendors are 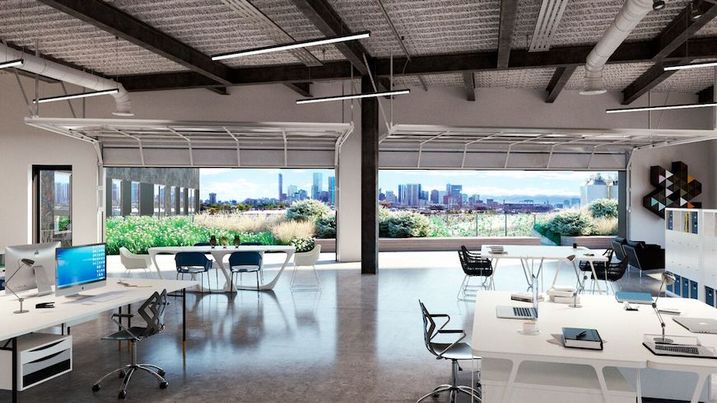 Zeppelin also has signed leases for four office tenants: Dynia Architects; the Love Your Hood real estate company; brand management software developer Brandfolder; and Tokken, which developed an app that lets consumers link their bank accounts or credit cards to a mobile wallet to be used at participating retailers. Zeppelin Development also will relocate its offices to the building.