Urban Park Planned For Base Of Highland Bridge 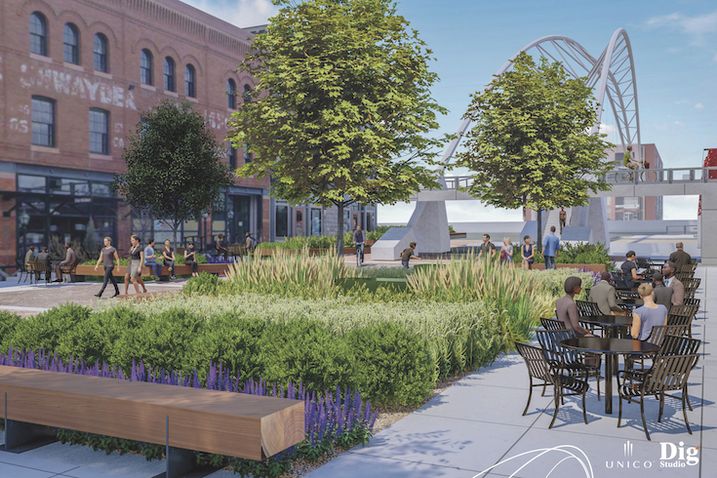 Courtesy of Unico Properties LLC
Platte Street Plaza will be located between The Circa Building and historic Zang Building.

More than two years after starting discussions with the city of Denver, Unico Properties LLC is starting work on the  $1.7M transformation of the passageway at the base of the Highland Bridge into a park-like plaza.

Platte Street Plaza is being financed by Unico and Goldman Sachs, the ownership group of The Circa, Root, Zang and Big Chief buildings on Platte Street.

“There’s so much pedestrian and bicycle traffic through that plaza right now that there’s, but there’s no reason for anyone to stop and have a sandwich or an ice cream cone or come do some work or meet up with friends,” Unico Vice President and Regional Director Austin Kane said. “We wanted to do something that will encourage people to stop and gather.”

Platte Street Plaza, located between The Circa Building and historic Zang Building, will be a community gathering place with trees, shade, seating and free Wi-Fi. It will be equipped with power so that community and civic activities such as neighborhood meetings and farmers’ markets to be held there. Unico will oversee maintenance of the plaza. 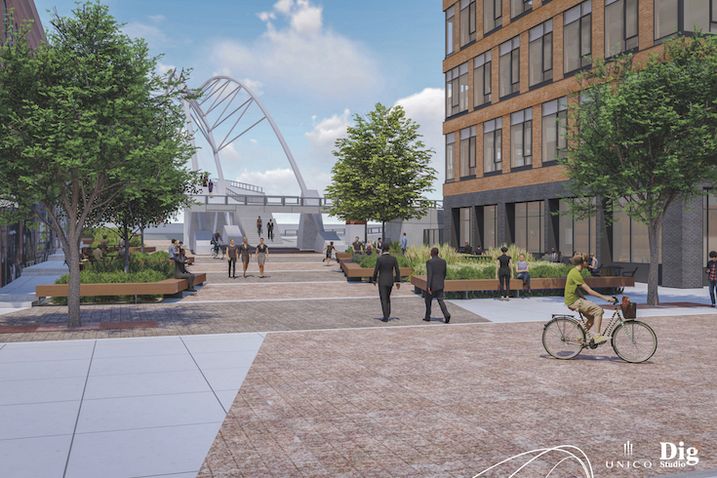 Unico has wanted to have work on the plaza completed or under way before it started an aggressive marketing campaign for the 8K SF retail space that’s adjacent to the planned park, Kane said.

“We’ve been pretty selective about that space,” he said. “We really want to show potential retailers the opportunity that exists in that location.”

Plans for Platte Street Plaza support Denver Parks & Recreation and the Downtown Denver Partnership’s master plan for outdoor spaces downtown. The Outdoor Downtown is a 20-year plan that has a goal of improving quality of life in the downtown area by investing in parks and public spaces. It also supports the Downtown Denver Partnership’s Urban Forest Initiative, which aims to increase the city’s current tree canopy from its current 4% to 10%.

“No financial contribution is coming from the city, but because it’s a public right of way, we felt like it was a partnership,” Kane said. “We needed their permission to improve the streetscape and they’ve been a willing participant and partner throughout the process.”