Castle Rock’s population explosion has attracted the attention of developers who are eager to provide residences, offices and recreation opportunities to meet the needs of the town’s residents.

Courtesy of Confluence Cos.
Riverwalk is a 230-unit apartment community with ground-level retail and 34K SF of office space.

The town’s population has doubled in size every decade for the last four decades, reaching a total of 65,000 people. It is expected to reach 130,000 people by 2030.

But even as other communities have increased the number of residences in their downtown areas, downtown Castle Rock has not had a residential community — until now. 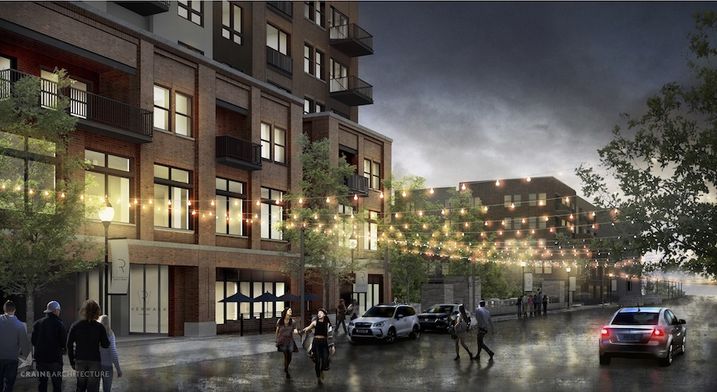 Courtesy of Confluence Cos.
Riverwalk will give Castle Rock its first residences downtown.

Golden-based Confluence  Cos. has three residential projects underway in downtown Castle Rock, including Riverwalk, a 230-unit apartment community with ground-level retail and 34K SF of office space. A bridge connects the two towers over Sellers Gulch. Confluence also is working on two for-sale condominium projects — Festival Commons and 221 Wilcox — that will bring a total of 120 units to the city’s downtown. All three projects are near Festival Park, which recently underwent a $7M renovation. 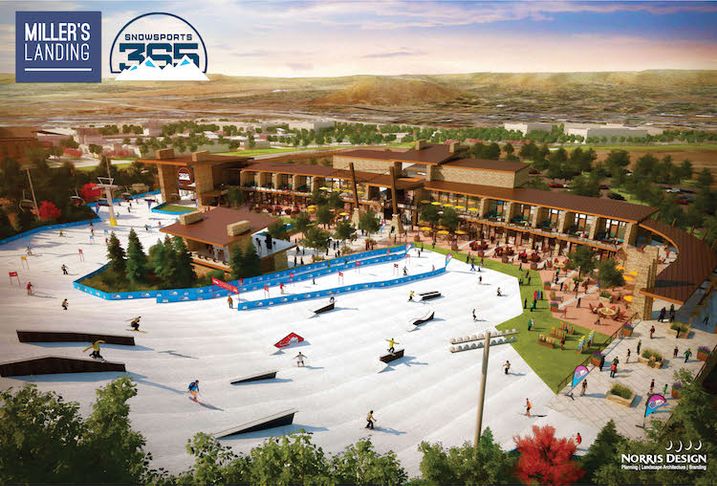 Courtesy of Norris Design
The centerpiece of Miller's Landing is Snowsports 365, a year-round sports complex.

Castle Rock EDC President and CEO Frank Gray said Castle Rock's vision that set the foundation for sustainable and healthy growth extends back to the early 2000s when town and county leaders implemented policies that aligned with their vision. Town leaders looked beyond traditional infrastructure of streets, bridges and utilities to provide Castle Rock with a pipeline of employees by creating the $40M Collaboration Campus, which is under construction. Collaboration Campus will connect the resources of Arapahoe Community College, Douglas County Schools and Colorado State University to give students and professionals access to higher education and workforce training. The $40M campus will eventually have two 54K SF buildings on a 14-acre site along Meadows Parkway.The first phase is expected to open next fall. 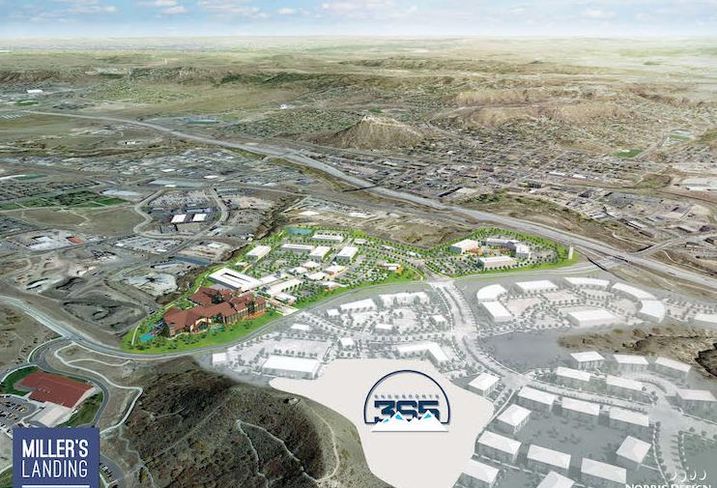 Courtesy of Norris Design
The 65-acre Miller's Landing will be built on top of a landfill that closed in 1980.

P3 Advisors has been talking with several developers about sites it will have available at Miller’s Landing, a 65-acre mixed-use project at the northwest corner of the Interstate 25 and Plum Creek Parkway interchange adjacent to Philip S. Miller Park. The centerpiece of the $200M project is Snowsports 365, a year-round snow sport complex that will be able to accommodate up to 400 skiers and snowboarders an hour. Miller’s Landing also will offer medical office and office space to attract companies that will employ Castle Rock residents.

“Our plan is to deliver pads late next year to hotel and office groups,” P3 co-founder and Managing Director Shawn Temple said. “We’ve got lots of medical office and other office users interested, but we haven’t committed to anyone because our delivery is still not fully defined.”