'Badass' In Their Own Right, Women's Voices Are Boosting CRE Boardrooms

Being a woman in commercial real estate is part of a push for diversity that also reaches the bottom line, a report from The Carlyle Group found. Three-year earnings at portfolio companies with at least two minority board members (women or people of color) were close to 12% higher than companies that didn't have diverse board makeups. 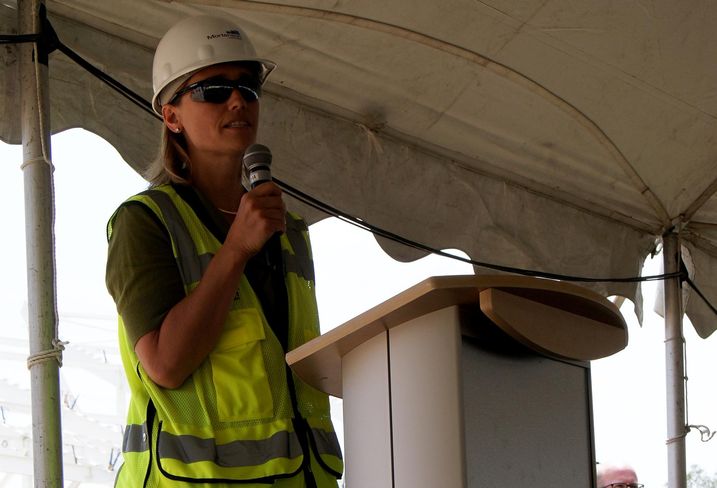 This year, 2020 Women on Boards, a nonprofit focused on increasing gender diversity on boards, published a Gender Diversity Index, showing that, as of mid-2019, women held 20.4% of the board seats in Russell 3000 companies, and the 100 largest companies had women in 30% of board seats.

In California, the group helped pass legislation requiring a public company based in the state to have at least one woman on its board, a change that took male-only boards in the state from to two-thirds in 2018 to less than 4% at the beginning of 2020, KPMG found.

Rosenquist is one of those women in Colorado. Currently heavily involved with the Downtown Denver Partnership, she is also the vice chair of the Downtown Development Inc. board and is on the group's management board. She has also served on nearly a dozen other local boards, in both CRE and more broadly.

For a company as large as Mortenson, walking project sites is no joke: Mortenson has been involved in some of metro Denver's largest projects, including RTD Civic Center Station, the Gaylord Rockies Resort and Convention Center and the UCHealth Highlands Ranch Hospital.

Rosenquist said most of the boards she’s served on, especially ones with community ties, are focused on making sure they’re inclusive and thoughtful about having women representation. But Rosenquist said some boards haven’t been as equally represented. But this is likely a byproduct of the lack of women in leadership roles in the construction industry.

“I think [that lack of women on boards] is just a reality of the work environment we’re in,” Rosenquist said. She has been in the construction industry for 25 years, and during that time, she said she has observed the business community recognizing the need to be more inclusive in how board structures are formed.

Rosenquist said she thinks the construction, architecture, engineering and design industries tend to be very heads-down and focused on the work because of the complexities of the projects. This can lead to underrepresentation on boards in general. Programs like Impact Denver/Leadership Denver raised awareness of the responsibility business leaders have within the community, beyond our specific industry and just “doing the work,” she said.

“So I think our industry has been underrepresented on boards as well,” Rosenquist said. “I was fortunate to be exposed to some of that early in my career, through programs like Impact Denver or Leadership Denver.”

She said these programs raised awareness of the responsibility business leaders have within the industry, including younger workers who are looking for mentorship and career goals.

“We’ve really encouraged our young leaders to get involved in those programs that help teach them how to be a good community leader on behalf of your organization,” she said.

Finding board members can be difficult lower down the ranks: Women make up only 10.3% of America's construction workforce, according to the United States Bureau of Labor Statistic. Of those women, 86.7% are in office positions, while 2.5% are tradespeople, shows data provided by BigRentz, a construction equipment rental network, and only 7.5% were construction managers in 2018. But higher up, 44% of the top 100 contracting companies have women in executive roles, with 16% in C-suite positions.

As for what women bring to a company's board, Rosenquist said it’s the same expertise you would get from any board member, male or female. But she said she believes that women have the ability to be very collaborative, and many take extra care to hear all of the answers in order to arrive at the best outcome or solution for an issue.

“I think there’s an element that’s very powerful when you’re being inclusive and making sure you have different perspectives represented,” Rosenquist said.