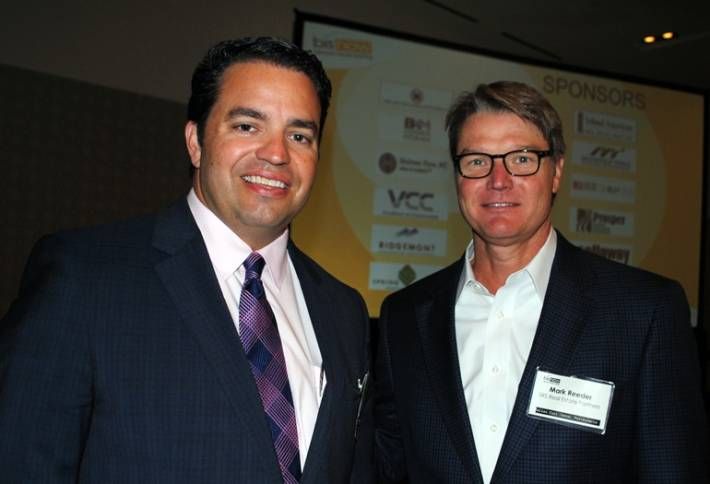 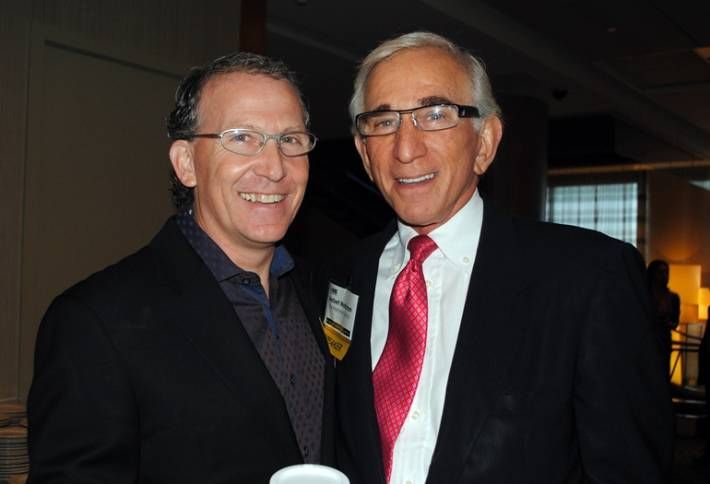 The Weitzman Group CEO Herb Weitzman (right, with Pegasus Ablon’s Mike Ablon) says he’s still seeing consolidation among the big boxes and the department stores and points to Sears as the next store to watch. As far as occupancy goes, in DFW, 17 of the 20 regional malls have vacancy of only 5%. The non-mall projects are hovering around 92% occupancy. It’s the best the market has performed in years, he says, largely because no new shopping centers were built. 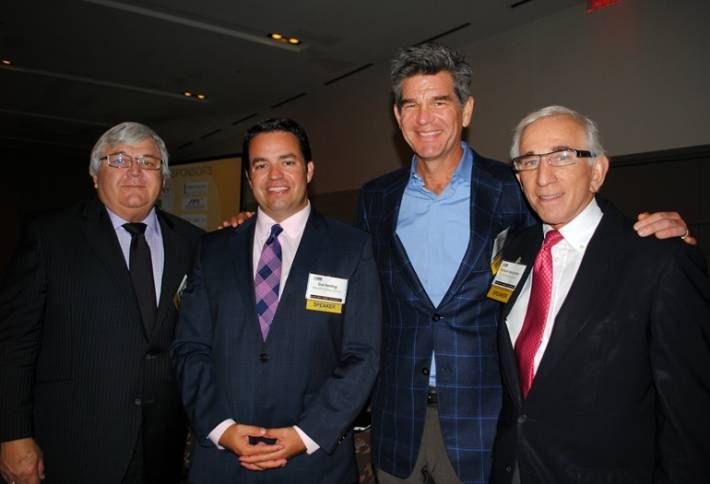 Trademark Property Co managing director Tommy Miller (second from right with the panel) says the retail market is balanced with supply and demand. Grocers are still doing well, but many are moving to smaller 12k SF (give or take) stores. Those smaller stores are making it harder to anchor projects with a grocer, too, he says. While new supply is limited, he’s also seeing a lot of the obsolescence getting wiped out of the market (like Valley View Mall). 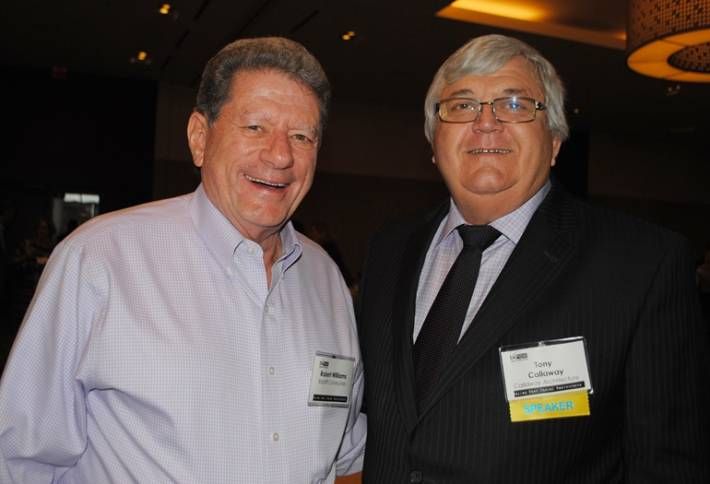 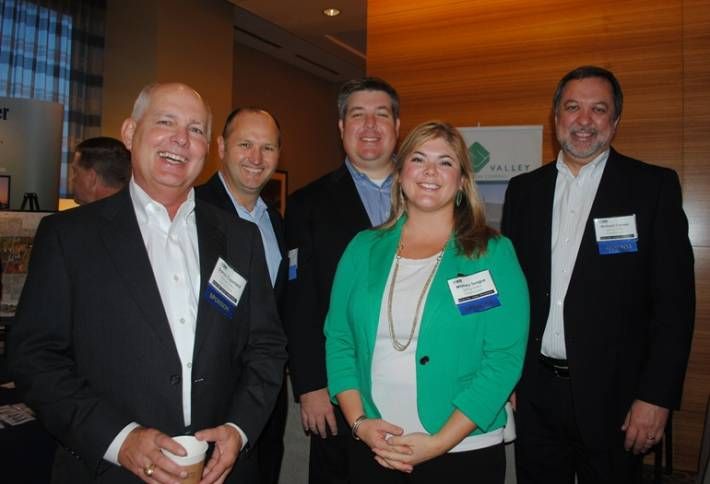 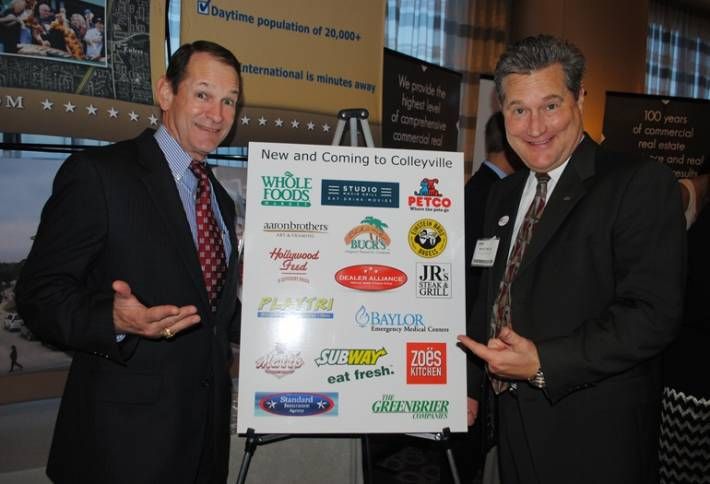 It’s all smiles for event sponsor City of Colleyville. Colleyville economic development director Marty Wieder (right, with Southwest Bank’s Terry Smith) can’t help but point out how 2014 has been a banner year for Colleyville. The community has witnessed the opening of Tarrant County’s second Whole Foods Market, Baylor’s Emergency Medical Center, a theater transformed into a Studio Movie Grill, Petco, Einstein Brothers, and the North Texas regional office of new The Greenbrier Cos. Bahama Buck’s, Zoe’s Kitchen and the first new ground-up retail (a multi-tenant strip in front of Whole Foods, in Colleyville Downs) will soon be on their way to Colleyville, too, he tells us. 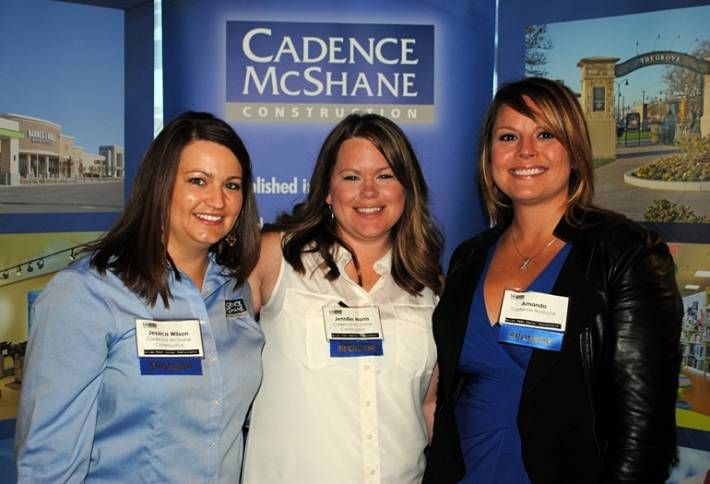 Event sponsor Candence McShane Construction’s Jessica Wilson, Jennifer Norris, and Amanda Willadsen tell us the firm just finished the Golden Triangle Mall redevelopment as the GC. Cadence McShane completed the renovation and new construction assignment at Golden Triangle Mall on behalf of GTM Development., a JV of Cencor and The MGHerring Group. Located at I-35E and Loop 288 in Denton, the nearly 765k SF shopping mall underwent an 8,009 SF expansion to the food court providing additional space to support new restaurants and an outdoor patio dining area. The interior spaces throughout the property were modernized and updated with the installation of new flooring, skylights and seating areas. Exterior improvements required the demolition and reconstruction of the existing southwest and southeast entrances providing for larger, more inviting entryways. 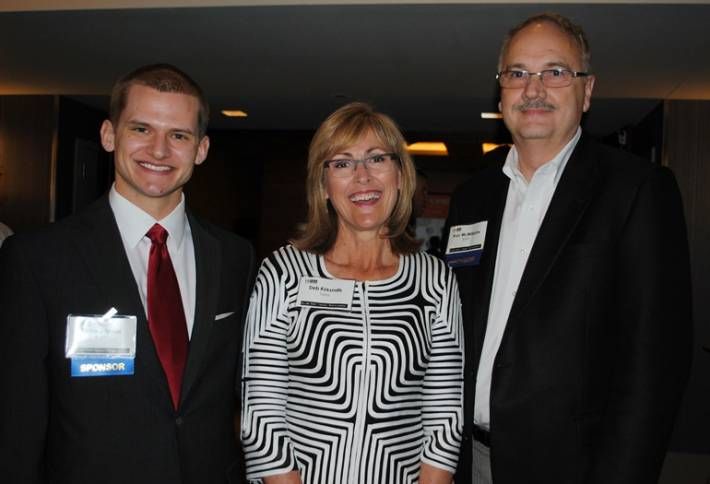