Dallas Is Ready To Get Back To The Office, But The CRE Ground Has Shifted

Dallas’ commercial real estate community appears bullish that at least 85% of workers will be back at the office live and in person in some capacity by January 2022 — not a bad bet given the industry’s go-to post-pandemic metric, Kastle Systems keyless entry system tracker, shows nearly 5 in 10 are already there.

But anyone thinking it will be straight back to business as usual is likely to be disappointed. As flat as predictions “Covid-19 will change everything” have fallen, so too might hopes it has changed nothing. 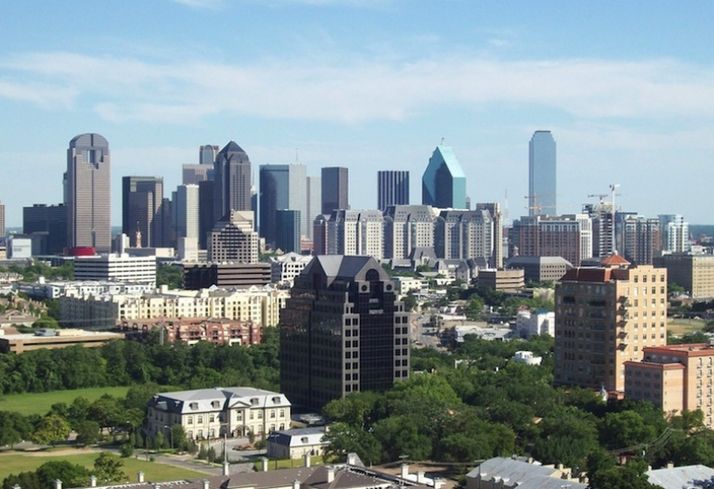 “I don't think we'll ever get back, quite frankly, to what we saw pre-pandemic,” HqO Senior Account Executive Clay Curlee said at Bisnow’s The Evolution of DFW Office event this week, adding the coronavirus pandemic had accelerated trends already in motion, including the way tenants use space.

“I don't think that's necessarily a bad thing,” Curlee said. “When you look at best-in-class landlords, they will prevail, they will have fuller space. [But] I think that they'll find their tenants are doing more with less. Just being a realist, I don't think you're ever going to see quite the same usage that you saw prior.”

ARCO/Murray Vice President Lauren Ladowski said she is seeing a range of reactions as the worst of the pandemic subsides and companies begin summoning employees back to work. One large fintech client in Westlake, she said, is operating “as if Covid never happened,” filling its 50K-plus SF facility with workers operating in cramped 150 SF cubicles. On the other side of the spectrum, a client with 35K SF in Addison is downsizing to a new 11K SF facility in Richardson and embracing a flexible office hoteling environment with collaborative space.

“I think what we're going to see moving forward is everyone really optimizing their square footage, and that might mean something different for every culture, company and firm, depending on what their employees need and what they need to retain those employees,” she said. “But focusing on amenity spaces, collaboration areas and making sure that you don't have wasted space within your office footprints is a trend that's going to continue driving usage [going] forward.”

Panelists agreed that small companies are leading the way on the return to office, in large part because they are unencumbered by national or global corporate policies. Hillwood Urban Senior Vice President Walt Zartman said some large corporations, including big accounting firms, that were heavily reliant on hoteling throughout the Covid crisis are still struggling to rewrite their real estate models.

“They're in a mess right now, because they don't know how to figure it out,” he said.

“We've got a couple of tenants, big corporate users, where it's a ghost town at these wonderful new facilities,” KDC Senior Vice President Bill Guthrey said. “While there might be a desire to get everybody back in, a lot of these big corporations are looking at their entire global landscape and can't do something unique in certain markets. They have to consider the concerns and the legal aspects of ... pushing people back to work and how do we get it done?”

That might sound discouraging in the short term. But panelists agreed the DFW market is robust enough to adapt by continuing to attract a disproportionate share of office employment growth nationally, pointing to big deals on the horizon like Goldman Sachs’ hunt for up to 1M SF in the area as well as Peloton’s announcement late last year that it would quadruple its footprint at Legacy Central in Plano.

WorkSuites President and CEO Flip Howard, who calls the coworking industry the office canary in a coal mine, has seen his coworking business roar back since December, culminating in the company’s best seven-month stretch ever. He expects coworking space, which now accounts for 2% of all office space, to eventually encompass up to 30%. The reason: flexibility.

“And it’s not all enterprise users, it’s everybody,” he said. “The other thing that we're seeing that is surprising is even from the landlord side, when we go to buildings looking for more space, it used to be, ‘Yeah, we'd like a floor of coworking, but let's see if we can get this law firm in here first. Now it's the exact opposite of that. It’s ‘If we don't have coworking in our building, we need a floor of that.’ We’re even hearing about tech tenants requiring there to be a coworking floor in a building before they'll even consider taking another floor of that building.”

And, for every footprint readjustment, panelists said, there is business to take up the slack.

“I think there is a reduction in footprint, [but] Dallas will be able to absorb that better than any other place in the country,” Transwestern Senior Vice President Billy Gannon said.

“When companies look around, they're like, ‘Hey, we want to hire, we want to grow our company.’ But if you've got a national footprint, you're going to do it where the state's open, it's business-friendly, there's low taxes, low regulations and good, qualified hidden labor versus having to do that [in] Seattle, San Francisco or New York. It makes all the sense in the world, and if we reduce our footprint by 5% here, we'll exceed it by bringing in an extra 10%, 15% [there].”