Get ready to see more construction cranes along the North Dallas Tollway. Cawley Partners CEO Bill Cawley told Bisnow first that he plans to announce next week a new 240k SF building just south of Tollway Center. It’s one of the reasons we’re excited to host Bill on a star-studded panel speaking at Bisnow’s DFW Office Boom and the Creative Revolution event on Nov. 10 at The Centrum (3102 Oak Lawn Ave). 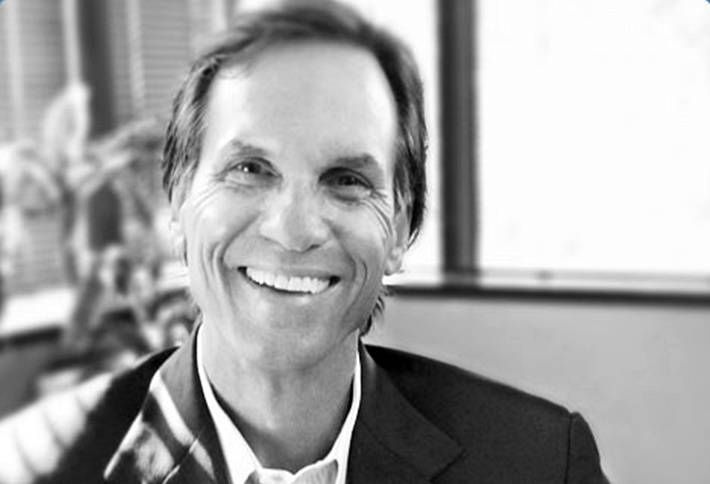 Bill tells us the new building, called fourteen555, is at 14555 N Dallas Pkwy between Beltline and Spring Valley. That six-story building boasts 5/1,000 parking spaces and will feature highly efficient floor plates, high-end finishes, a rooftop restaurant, a lounge and a health club. (More deets will be coming next week. Stay tuned and plan on attending the Bisnow DFW Office Boom and the Creative Revolution event.) He tells us his 175k SF The Legacy building is complete and ready for new tenants. Located on the northwest corner of Legacy Drive and Hedgcoxe Road within walking distance to The Shops at Legacy, The Legacy features fourth floor private balconies, a rooftop terrace and a common area conference room. 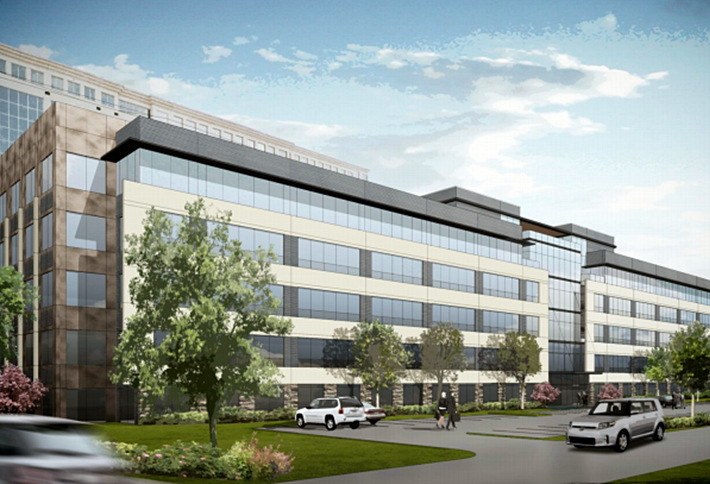 When it comes to office, Bill says he won’t get involved in any project that takes more than 24 months to deliver. While he believes the market is robust, he thinks the market is beyond the halfway point through the cycle. While everyone else is doing live/work/play projects with restaurants in walking distance, Bill says his goal is to develop infill sites away from everything else. He likes that mid-Tollway area doing tiltwall construction with high-end finishes and a high level of services within the building. Instead of a deli, his buildings will feature plated food. “Our pitch is to keep your employees at work…in our buildings, you never have to leave the building,” Bill tells us. Pictured: fourteen555 rendering. 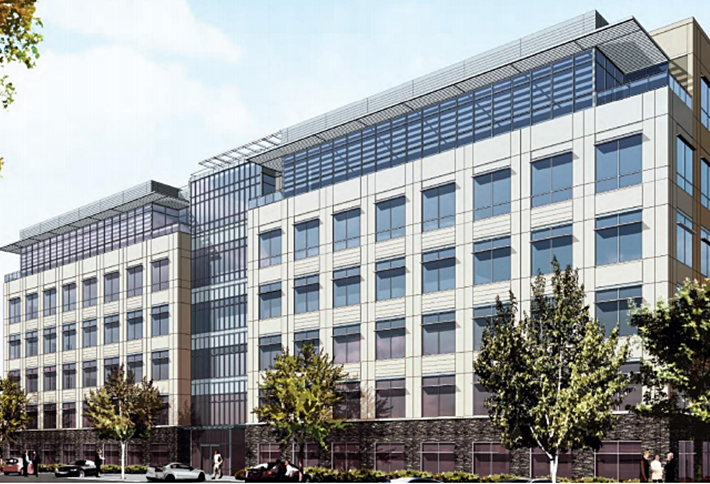 Bill tells us he tries to design efficient floor plates in his projects, so regardless of a client’s office needs, they have a facility that fits it. The bottom line, he says, is that everyone is putting more people in less space; that means efficiency and density are really important. He’s also adding more parking in each project. Everyone wants efficiency, space for their staffs and a grand image, but they don’t want to pay a lot for it. Cawley’s 198k SF Tollway Center (pictured) will be ready in May on the west side of the Dallas North Tollway, south of Belt Line Road. 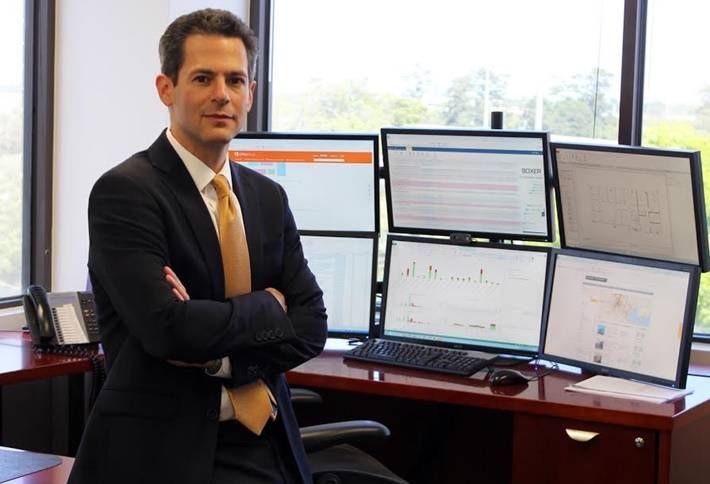 Boxer Property president Justin Segal (another event speaker) tells us office users have become much more experience-oriented. People previously needed an office to work and if they didn’t have a traditional fixed office space of a certain size, they wouldn’t be able to function. Thanks to technology and evolving work habits, that’s not the case any longer, he says. Office users today require less dedicated space and want more options for how and where to work, Justin says. And since it's easier to meet basic needs, there's a heightened focus on gratification of desires. Companies can swap out filing rooms, copy machines and server rooms for shared amenities (a bocce court, perhaps, or a recording studio?) and common space. There's also a new focus on keeping employees entertained, inspired and connected. To that end, Boxer's implemented an art program, design approach, and a new initiatives around programming and events. 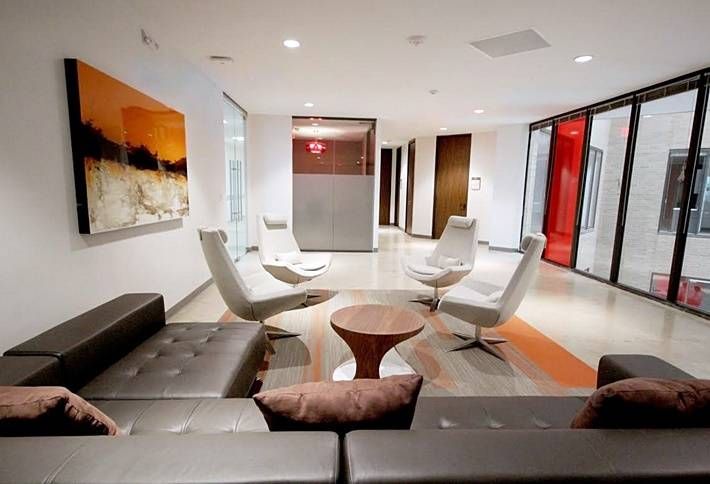 There’s also a lot more focus on flexibility. It’s wonderful to be a nimble company, but, when you are anchored to an office space that doesn’t change for five years, that’s not consistent with the agility seen in successful companies these days, he says. To attract and retain these tenants, Justin tells us Boxer isn’t requiring tenants to make large capital investments up front and provides them with more flexibility in the term of their lease, along with the ability to move, expand or contract. 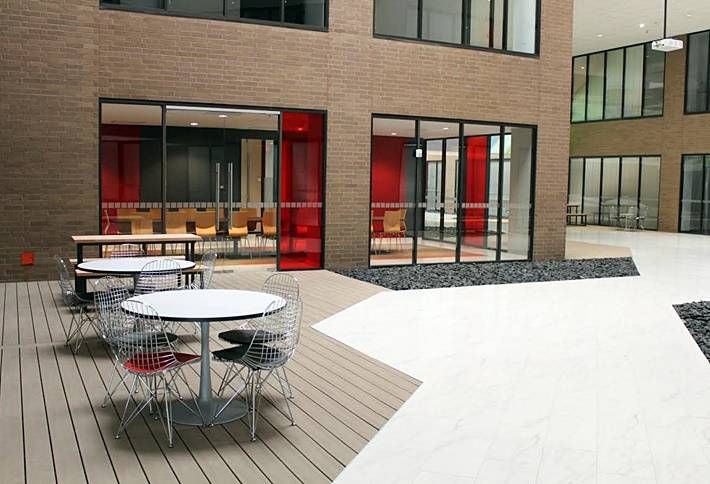 The industry has changed, as a whole; landlords aren’t just competing with other office providers, but with other modes of working. It’s a world where it’s much easier for people to share space, to make use of additional inventory without the help of a landlord and for people to be mobile. That makes it incumbent on landlords to change the nature of their product offering, or risk becoming irrelevant, Justin says. On a side note, Justin says he’s enjoyed reading his sister’s book, Getting There, which looks at some of the world’s most successful business men and women from Warren Buffett to Sara Blakely, the woman who invented Spanx. And, he’ll be combining business with pleasure soon when he takes the family on a trip to India. He’ll visit Boxer’s office in Gujrat amidst some family time and siteseeing.

You can give Justin some travel tips and learn more about offices of the future by attending Bisnow’s DFW Office Boom and the Creative Revolution event on Nov. 10 at The Centrum (3102 Oak Lawn Ave). Register now.