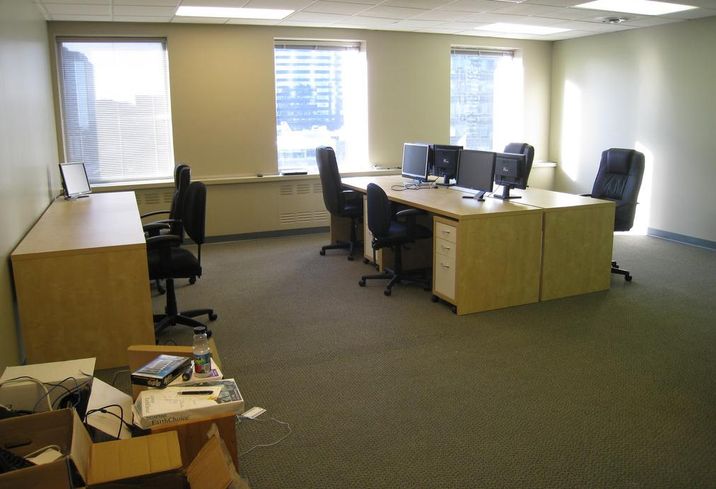 When it comes to building age, are the old guys getting overlooked? New research from CBRE shows office building vacancy in the Texas triangle (DFW, Houston and Austin/San Antonio) is down almost across the board since 2010. But properties built after 2006 have seen the most significant drop in vacancy.

Companies and jobs continue to flock to Texas and with more than 13M SF in the pipeline in these three cities, vacancy rates will certainly see upward pressure during the lease-up period.

Since 2010, these cities have added 43M SF of office product, making it easy and usual for tenants to shop around and relocate. Houston accounted for 26M SF, DFW for 13M SF and Austin for 4M SF.

So is new always better? Better might be too subjective of a word, but newer buildings are certainly built with more amenities, flexibility, connectivity and sustainability. Several of Houston's largest oil and gas companies consolidated operations into a campus environment to promote interdepartment collaboration. Amenities have become tools to recruit and retain talent across all types of businesses, and newer offices can facilitate them easier and cheaper from the get-go. 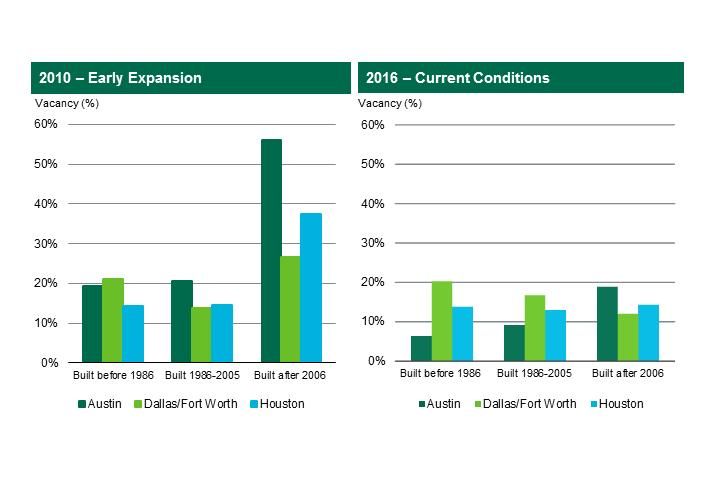 Filling newer, modern offices over the last six years has been a top accomplishment for leasing agents. Strong pre-leasing from oil and gas companies (from back when oil was $100/bbl) causes some irregularities in Houston's data, but vacancy there has flat-lined since vacancy is evenly distributed across buildings of all ages.

Vacancy in DFW increased from 1986 to 2005—indicating a more significant shift to quality from existing tenants who have relocated since 2010.

Austin's clearly defined vacancy by age remains a mystery. Austinites seem to be not only keeping it weird, but keeping it old school.