Looking at a long stretch of State Highway 121 in North Texas is like staring into a mirror with two faces.

On one hand, the 121 Corridor is affluent and home to several ambitious mixed-use and office developments that have the potential to woo various corporate tenants, including Fortune 100 firms, to the Dallas suburbs.

On the other hand, the area lacks affordable housing, which has local developers concerned. 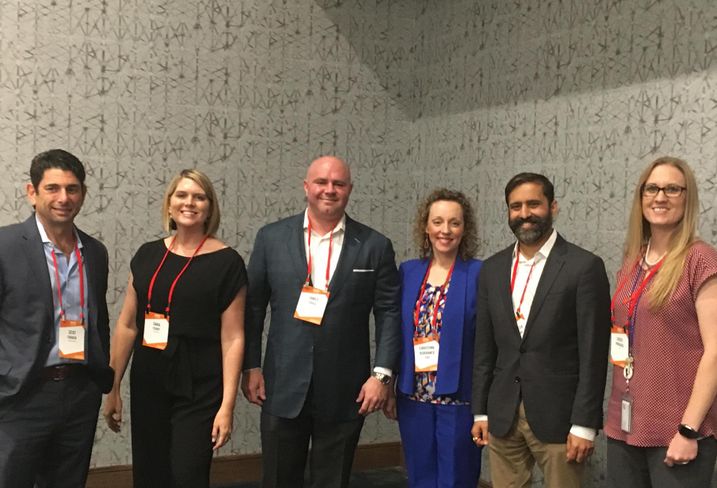 The North Dallas suburbs along the 121 Corridor are rock stars when it comes to office space demand.

The market is grappling with pent-up demand and not enough inventory, Stream Realty Partners Senior Vice President Sara Terry said at Bisnow’s What’s Going On Along the 121 Corridor event.

The submarket, which includes Allen and McKinney, had the second-lowest Q2 office vacancy rate and third-highest office absorption rate in the DFW metro, according to Stream research. There is about 300K SF of spec office development underway, Terry said.

The corridor is the future for several major developers who spoke at the event Aug. 15.

“If you look at North Dallas, it’s the hottest market in the country for corporate development,” The Howard Hughes Corp. Senior Vice President Jim McCaffrey said.

“For about the past five years or so, we’ve tracked about a dozen large corporate user transactions averaging around 1M SF — that’s incredible development.” 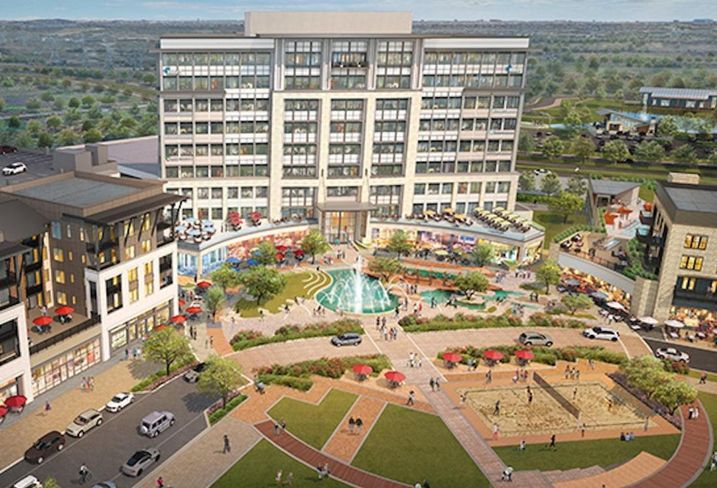 Courtesy of Bright Realty
The Realm at Castle Hills

Developers on the 121 Corridor are pushing hard to create enough product for corporate, retail and residential users.

As for what types of companies will be attracted to Allen, Frisco, Plano, McKinney, Lewisville and The Colony, Evers — relying on data he collected at one of Kaizen’s Uptown Dallas projects — believes a behemoth corporate tenant is possible at most of the developments along the corridor.

“I think you are starting to see a little of everyone. You are going to see some of the Fortune 100 companies that are looking,” Kaizen said.

The Howard Hughes Corp., which will ultimately have a significant amount of office space in its Monarch City development, also is planning for a range of corporate users.

“We are really looking to cover that whole gamut — all the way from the 50K SF [tenant] to the million-plus square foot Amazons of the world,” McCaffrey said.

But among the excitement and big plans, an elephant sat in the room with the panelists Thursday — the area’s lack of affordable housing. 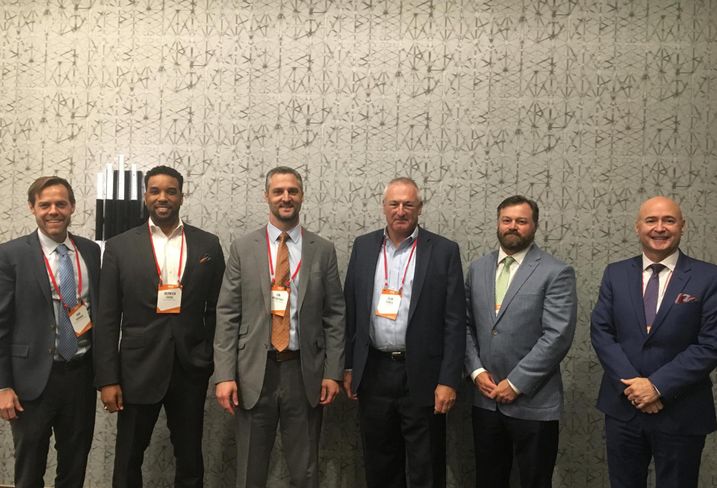 While no one expects housing issues to stall development, panelists at Bisnow’s event were unable to ignore the significance of multifamily and single-family affordability.

“Anyone who says affordability isn’t a concern that’s just not the case,” Craig International President James Craig said. “That’s a concern in North Dallas because one of those boxes we could always check off the list was affordability as it relates to the rest of the country. Both from a private standpoint and a public standpoint, we are just going to have to get more creative [in addressing it].”

During the build-out phase and even today, Kennedy worries about whether hotel employees can afford to live nearby.

A long-term housing strategy is critical to support the burgeoning office market along the 121 Corridor. Developers and city officials pointed to public-private partnerships as one way to come up with solutions.

Plano, which is about 95% developed, is already relying on creative ways to create housing.

“Plano does continue to add housing units,” city of Plano Director of Planning Christina Dorrance Day said. “We know that we are over in retail. We have three times the national average of retail and that retail is aging. We believe housing may be the solution for infill of some retail property, and we’ve seen some of that done very successfully over the past several years.”