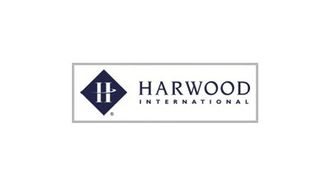 How The Harwood District Helped Grow The Dallas Skyline, One Building At A Time

What started as the first office building in an underdeveloped area outside of Downtown Dallas in the 1980s has since grown into the award-winning, 18-block Harwood District. It took some Swiss ingenuity to make it happen.

The 1970s real estate boom spurred the creation of the modern Dallas skyline. Local developers stepped over each other to build skyscrapers in Downtown. But Harwood International founder Gabriel Barbier-Mueller, 26 years old at the time and a Dallasite by way of Geneva, saw potential in this part of town.

Overcoming doubts from his peers, Barbier-Mueller convinced the iconic watchmaker Rolex to build its Dallas headquarters outside of Downtown.

When the Rolex Building opened in 1984, the seven-story, mirrored-glass office became a lighthouse, guiding developers toward the area. Then the 1980s recession hit, and development around the U.S. ground to a halt. But not in Harwood.

Barbier-Mueller's vision of transforming Harwood into a walkable paradise pushed onward. In 1996, in the middle of a slumping economy, Harwood International defied expectations again when it unveiled Harwood No. 2.

A focus on green spaces, which now total over eight acres throughout the Harwood District, helped bring in tenants despite the slowdown. Attracted to Harwood International's modern plans, construction company Centex signed a lease in No. 2. The building later claimed the Environmental Protection Agency prize for the Most Energy Efficient Office Building in the U.S.

Harwood No. 3 opened in 1999, connecting to the Marie Gabrielle gardens by a landscaped skybridge. Below, Parisian-style coffee shop Magnolia: Sous Le Pont would later open in the 2010s, adding to the growing list of Harwood dining options. In 2000, Harwood No. 4 added a new office space featuring a signature Barbier-Mueller trademark: priceless samurai art in the lobby.

Barbier-Mueller’s plan for his area of Dallas was more than a business hub. In 2007, Azure, Harwood No. 5, became the company’s first residential high-rise in the district. Residents of the 31-story building have access to resort-style living and views of the Dallas skyline.

Courtesy of Harwood International
Dallas in 2017

The addition of Harwood No. 6 and No. 7 in 2009 and 2015, respectively, not only added two new Class-AA office buildings, but also later debuted the Saint Ann Restaurant & Bar, the Ann & Gabriel Barbier-Mueller Museum: The Samurai Collection and Dolce Riviera, the district’s seventh restaurant. Visitors, office tenants and residents are walking distance from both luxury workplaces and international cultural attractions.

Harwood has quickly become an upscale Dallas area, and the latest Harwood projects continue to push toward Barbier-Mueller’s vision of modern vertical campuses and lush public spaces. Harwood No. 8, the new Rolex building, will combine high-end offices with tiered, Japanese-inspired gardens. Bleu Ciel, No. 9, will follow up the Azure’s take on high-rise condominium living, and Harwood No. 10 will combine state-of-the-art office space with a new European-style retail destination, adding to the district’s 92 Walkability score.

Over 30 years after the opening of Harwood No. 1, Harwood is one of the hottest markets in Texas, having exchanged urban sprawl for the glittering skyscrapers and curated streets of modern city planning.

It all started with a hunch and the determination to help the City of Dallas see its full potential.

Harwood International continues to build out its 18-city block master plan development. Be on the lookout for more exciting project announcements later this year.

Harwood Global Real Estate Firm
Harwood is a global real estate firm with offices and developments in select niche markets including Beverly Hills, Dallas, Geneva, London’s West End, Paris, and Zurich. The company is recognized globally as a purveyor for building the finest developments in terms of design, location, and quality while creating cultural experiences within them that are beyond exceptional.
Confirmed! You are subscribed to the Bisnow Dallas-Ft. Worth E-Newsletter.
Most Read Stories
More Top Stories
Bisnow Dallas Newsletter
Bisnow Dallas Newsletter