New developments are coming online near the eclectic Bishop Arts District in Oak Cliff — home to art galleries, retail boutiques and restaurants — as real estate investors seize on the opportunity to extend the district’s draw into new areas at its edges. 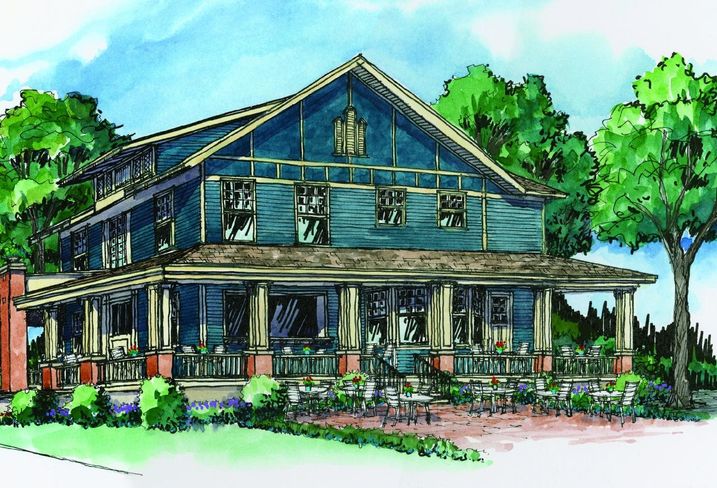 Over the past year, several developers focused their attention on the bustling Zang and Davis intersection — three commercial real estate projects are in the lease-up stage there.

The intersection attracted their attention after the city of Dallas implemented gateway zoning to promote higher-density development along the route of the Dallas Streetcar, a free Dallas Area Rapid Transit service between Union Station and Bishop Arts.

One of the projects nearing completion there is the redevelopment of a historical home into a restaurant by Jim Lake Jr. Lake's father, the late Jim Lake Sr., is credited as the visionary behind the redevelopment of Bishop Arts, which began in the 1980s and has continued to the present day.

Jim Lake Cos. is redeveloping what he calls “the Mayor’s House,” a two-story residence built in 1910 on Zang Boulevard just north of Davis. It was once owned and occupied by Dallas Mayor George Sergeant, who served from 1935 to 1936 and was known as “The Centennial Mayor.”

“He was largely responsible for bringing the World’s Fair to Fair Park for the Texas Centennial,” Lake said. “In fact, when FDR and Eleanor Roosevelt came to town they came to this house, and I’ve got a photograph of them together ... and a letter from Eleanor Roosevelt to [Sergeant],” he said.

Lake bought the house in 2011 with all the mayor’s archives included in the sale, but zoning issues delayed its redevelopment until 2018. He began the $1M redevelopment project in January 2018 and completed it in December. Lake is on the hunt for a restaurant operator who has a vision for the property.

“We project that it will be open [in the] first quarter,” Lake said. “We kept the main structure and renovated that, and we have an addition on the back that will match the rest of the house architecturally for the kitchen, restrooms and mechanical equipment,” Lake said.

Lake, whose work focuses on adaptive reuse of historical buildings, said he could have made more money if he had removed the structure and built something new, but he said he preferred to preserve the house and bring it back to life much in the same way his father worked to preserve the old buildings in Bishop Arts. He sees this project and the figure behind it as an important homage to Dallas’ past.

“George Sergeant’s story is not that well known and he was very impactful during that time in Dallas’ history,” Lake said.

A number of Sergeant’s historical documents and photos, which tell the story of Oak Cliff’s and Dallas’ history, will be displayed in the restaurant.

“We have a number of original archives that are not found anywhere else,” Lake said. 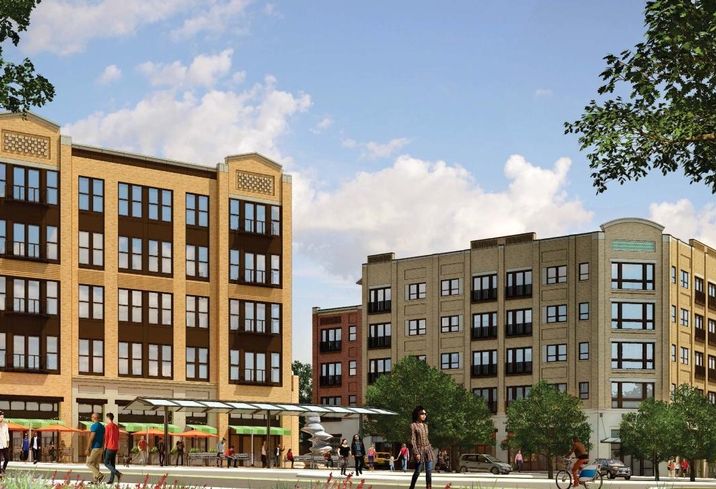 About 500 to 700 people will eventually be living virtually next door to Lake’s project once apartment projects at Zang and Davis are fully leased.

Alamo Manhattan developed Victor Prosper, a two-building complex with 216 apartment units and 25K SF of retail space. The project’s north building is 94% leased and the plaza building is about 50% leased, Alamo Manhattan President Matt Segrest said. About 35% of the retail is leased but the Alamo hasn’t yet announced tenants.

Segrest said the developer had previously focused on Seattle and Portland and has always been interested in expanding to other sophisticated urban markets. When the developer first began work in Dallas, it focused on ground zero for upscale urban development: Uptown.

“We looked at what other submarkets might have potential and high up on our list was always Bishop Arts,” Segrest said. “The demographic in the area — that creative class, social-liberal, educated person who values the urban experience is the demographic that has moved into North Oak Cliff and Bishop Arts.”

Competition for renters at the intersection could be fierce. Alamo Manhattan is the first to deliver apartments there, but another project is opening across the street and others are under construction within a few blocks.

“In the end, we think it’s great because it is going to make a vibrant, dynamic neighborhood,” Segrest said of the competition. “So we welcome it. It will result in more people on the street and more people for the retail. It wouldn’t happen with just one property. We are happy others are jumping in too.” 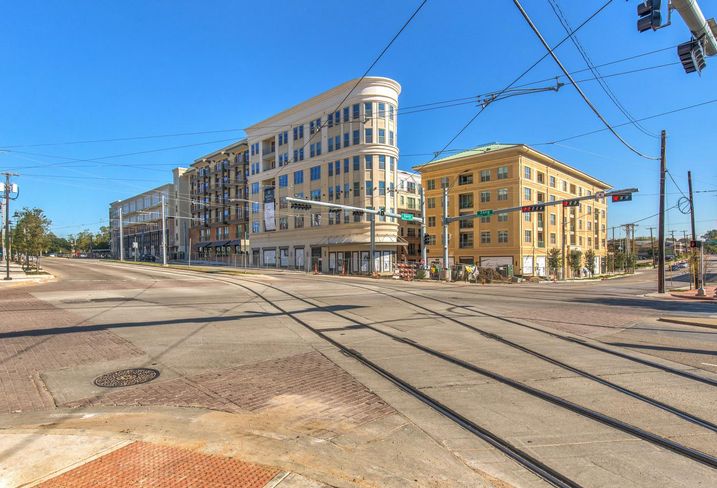 Courtesy of Crescent Communities
A view of the flatiron building, part of the Novel Bishop Arts project

Across the street from Victor Prosper is Novel Bishop Arts, a mixed-use project of 302 apartment units and about 24K SF of retail developed by Crescent Communities. The development has one of the best views of Downtown Dallas from an open-air terrace on the sixth floor.

Novel Bishop Arts will have what Crescent Communities’ Michael Blackwell calls a piazza — café-type pedestrian-only retail alleys — as part of the development that resembles a European shopping experience.

“The idea was to create a sense of discovery,” Blackwell said. “We are creating a lasting place in this neighborhood that becomes a place in which someone says, 'I'll meet you in the piazza or I'll meet you by the water fountain.' That was more important than how quickly we lease the building up.”

A flatiron building at Zang and Davis was inspired by the architecture of the 1920s and a fountain anchors that end of the piazza. The project is in an area with significant traffic counts.

“Unlike Bishop Arts, which is as charming as it can be with small streets, small houses and charming ’20s storefronts, we are down the hill and across the street, but our site is surrounded by three of the four arterial streets in North Oak Cliff — Davis, Zang and Beckley,” Blackwell said.

Despite the heavy traffic and wider streets, the piazza with its interior walkways will provide an intimate place for pedestrians to gather, shop and eat insulated from vehicular traffic and noise. Novel Bishop Arts also includes a full-service coffee bar and lounge on the ground-floor lobby that opens up to the piazza and will be open to the public. Novel is seeking an operator for the shop.

In the future, Crescent Communities hopes to see Beckley Avenue, along one side of the project, develop with walkable streetscapes and other traffic-calming measures. Across the street on Beckley, Crescent sold land to H-E-B’s Central Market for a two-story urban-format Central Market that will face Novel Bishop Arts. Crescent Communities sold a tract on the north side of Novel to Houston-based townhouse developer InTown Homes, which intends to build about 50 townhomes there.

The neighborhood has been very involved in the process of developing the intersection, which can make the pre-construction process longer than typical, but it has paid dividends in helping real estate developers incorporate the community’s feedback into their projects, Alamo Manhattan's Segrest said.

“The community really cares, which we love,” Segrest said. “That’s the kind of community we want to be in.”