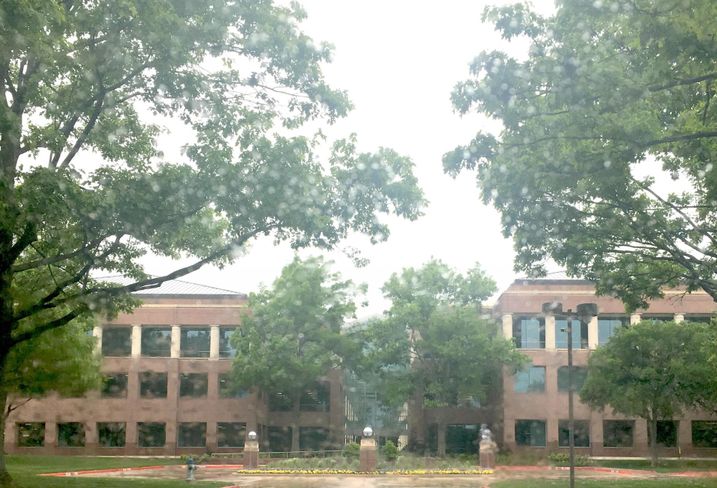 Bisnow
The Campus at Legacy West

“[There is] a tremendous amount of activity going on, so I think everyone is very alarmed and shocked that the bank was so aggressive, but we can’t speak for the bank,” Ware, CEO of Dreien Opportunity Partners and Silo Harvesting Partners, said. “All we can do is protect our asset and continue to work with our tenants and our prospective tenants and land buyers.”

Beal Bank and its loan servicer, CLMG Corp., filed a notice in Collin County setting a foreclosure sale for Feb. 4, which Ware said he would fight.

“We will exercise our remedies, and there will not be a foreclosure sale in February,” Ware told Bisnow Friday.

A district court ruled in the developer's favor Monday and issued a restraining order, prohibiting the property's lenders from foreclosing this week, attorneys for Ware said. The restraining order remains in effect until the parties attend a future injunction hearing where the court will determine whether Ware gets further reprieve or the foreclosure moves forward.

In the interim, Ware is allowed to pursue alternatives to foreclosure, including a complete refinancing of the property, now named The Campus at Legacy West.

Ware said prior to the maturity of the Beal Bank loan in December, his team was in the process of obtaining new financing at lower interest rates. He blames the development's Beal Bank troubles on unsustainable financing.

The property's existing 36-month loan with an original principal of $388M carries an interest rate of roughly 9% to 10% at a time when other commercial loans on similar properties are financing for half as much, he said.

"My goal is to sit back and say there is nothing wrong with the asset, it's the capital stack," Ware said. 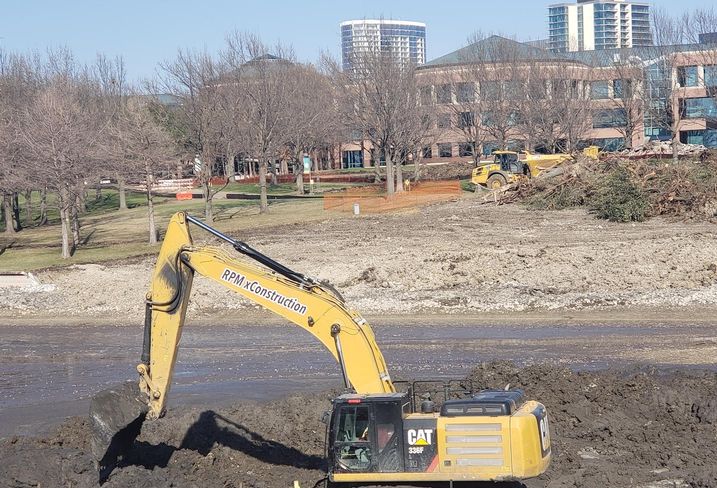 Courtesy of Dreien Opportunity Partners
Construction is underway at The Campus at Legacy West as it preps for a new hotel and the revitalization of an existing lake.

News of the foreclosure notice comes as Ware is gearing up new plans for 600-plus multifamily units on the 1.8M SF corporate campus.

The Plano Planning & Zoning Commission approved the proposal in a 6-2 vote Monday night. The project will now move to City Council for final approval, which Ware anticipates will come this month.

Since that vote, Ware has reached a compromise with the opposition and intends to add fewer apartment units with enhanced landscaping and setbacks to appease neighboring sites, he said.

Ware said he has enough pending office leases to bring the campus to 90% occupancy.

“We have appraisals that show we have $200M to $300M in value,” Ware said. “I have $50M in pending land sales at record prices for Collin County. I have 200K SF of pending leases, and [we're] initiating another 200K SF of renewals in existing buildings.”

Construction is already underway on the Japanese brand hotel, Miyako, which  will occupy 3.1 acres.

Ware also is revitalizing a campus lake in preparation for future mixed-use development.

UPDATE, FEB. 3, 5:19 P.M. CT: The story has been updated since a district court ruled to halt the foreclosure.

UPDATE, FEB. 3, 9 P.M. CT: The story has been updated to reflect news that Sam Ware's proposal for multifamily at The Campus at Legacy West passed Plano Planning & Zoning Commission.