Allen is getting another mixed-use development alongside the 121 Corridor.

Developer JaRyCo announced plans to build out 135 acres of farmland owned by the Johnson family — and formerly set aside for the Strand development — transforming it into a mixed-use development featuring 1.6M SF of office, 142K SF of retail, a luxury hotel, restaurants, townhomes and urban apartments. 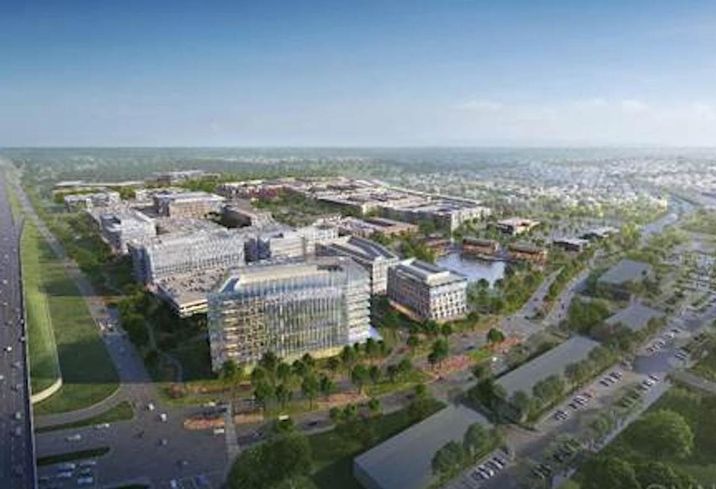 Courtesy of Omniplan Architects
Rendering of the future The Farm in Allen mixed-use development.

Construction on the infrastructure will begin at the corner of Sam Rayburn Tollway (121) and Alma Drive later this year.

Known as The Farm in Allen, the development will add density to the growing 121 Corridor while filling in a large swath of empty farmland that was previously designated for another mixed-use development that petered out over time.

“The Farm in Allen is a unique mixed-use development that really captures the story of Allen’s continued growth,” Allen Mayor Debbie Stout said in a press statement. “Just as this farmland served generations of families before us, it will transform into a modern urban center to serve many generations to follow. We are excited to see this project enhance the 121 Corridor.”

JaRyCo has already worked on 14 projects in Allen, and the Johnson family are longtime residents.

The land up for development has been in the Johnson family since Bob Johnson Sr. and his wife, Doris, purchased the acreage in the 1960s. At the time, Allen had a population of only 5,000 people. Today, the city's population is well over 100,000 people, according to the Allen Economic Development Council.

“As a family that has owned the property across four generations, we are excited to begin transferring this special family legacy to future generations in Allen,” Bob Johnson said in a statement.

Design of the development is in the hands of Omniplan Architects, which is working alongside civil engineer Dynamic Engineering and landscape architect TBG.