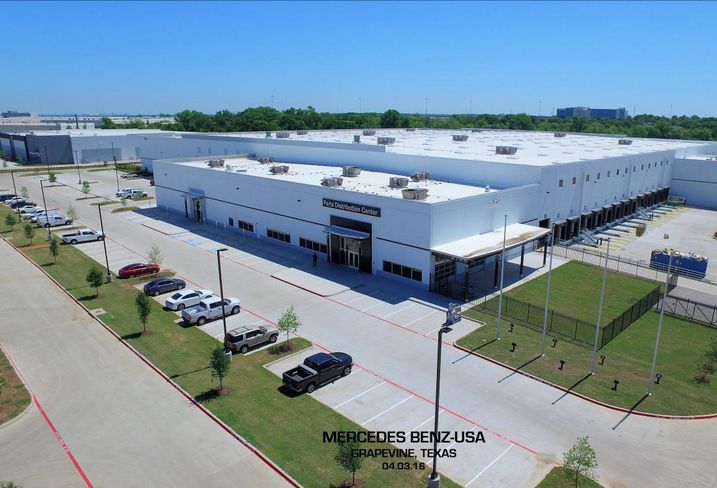 In addition to about 100 full-time employees across the two buildings, the learning center will house 125 to 175 mechanics from Texas and adjacent states who come in for a few days at a time to be trained on new automobile models. The training facility will have more non-Mercedes visitors than any other facility in the world, Seefried vice president of development Doug Otte said.

After bid proposals, Seefried Properties was selected to build the project in June 2015. Seefried broke ground in April 2016 with a nine-month timeline, but 75 days of rain delays between the groundbreaking and January 1, 2017, delayed delivery. 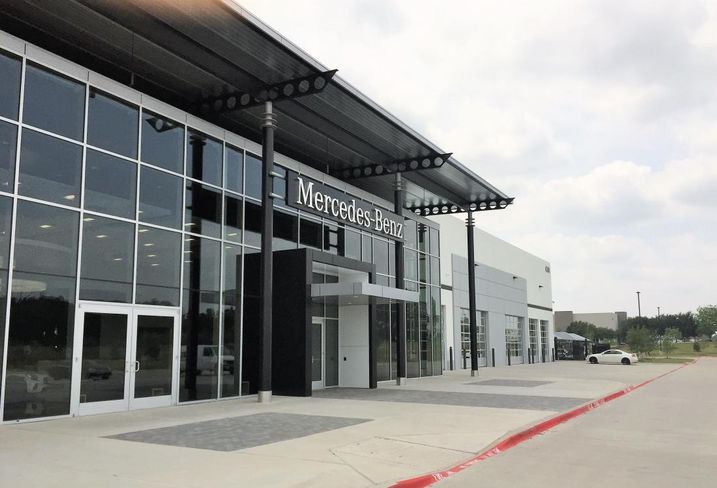 On top of that, 70% of the land, which was purchased from the city, was in a flood plain. Flooding from Lake Grapevine saturated part of the site so Seefried and general contractor Hill & Wilkinson had to build it out of the flood plain.

"The last two years have just been a kick in the teeth with rain delays," Otte said. "Just getting through rain delays and bringing it up from the flood plain was a challenge."

CORRECTION May 4 4:24PM ET: A previous version incorrectly stated that Seefried won the project bid in June 2016 and broke ground in April 2017. The story has been updated.