A mega-industrial park is in the works in South Fort Worth with enough capacity to offer one bulk user upward of 1.8M SF. 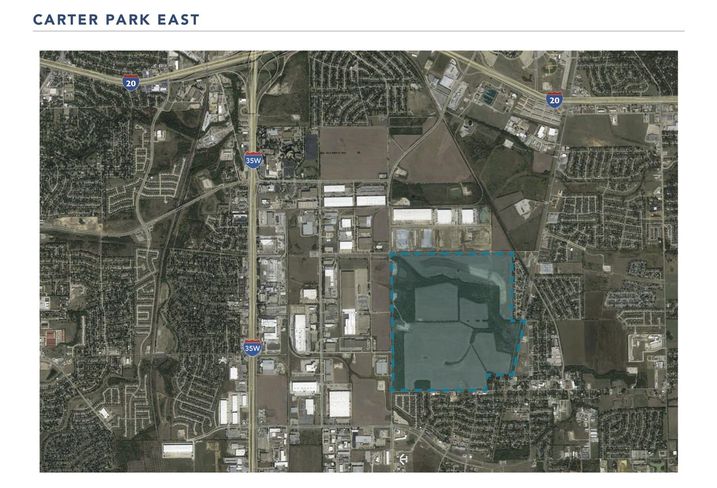 Courtesy of Stream
An aerial photo of the future site of Carter Park East.

The master-planned industrial park is planned to eventually offer speculative and build-to-suit industrial facilities in one of the fastest-growing industrial labor markets in Dallas-Fort Worth. Substantial portions of the site are slated to accommodate build-to-suit users looking for space in South Fort Worth.

“In 2006 we developed a vision for this site. It has been many years in the making, but today, we’re excited to see this vision realized,” Rob Riner Cos.' Rob Riner said in a statement. “This site is the hole in the map for bulk e-commerce, food, manufacturing, and distribution-type users that would benefit from expanding the coverage of their network with a facility in South Fort Worth.”

Crow Holdings Capital's Matt Colter noted, "tenants frequently talk about the labor advantage at this location. Altogether, this project should compete well across any range of industrial users looking for space in DFW."

The developers will build the park out in phases, with initial site work beginning this month and the first phase of speculative development and road improvements scheduled to deliver next summer.

Rob Riner Cos. and Crow Holdings' have partnered on multiple developments in South Fort Worth. The most recent, at Joel East and Oak Grove roads, was planned to total 1.55M SF, with Phase 2 breaking ground in Q1 2019.