TEXRail Now Running Between Fort Worth And Airport 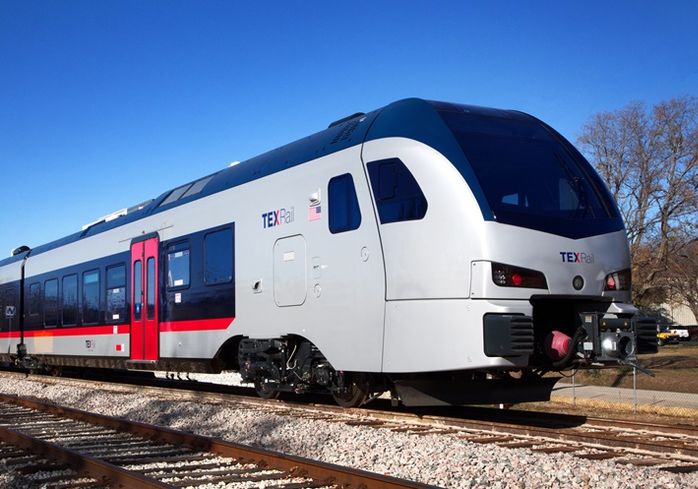 Courtesy of TEXRail
A TEXRail train in Grapevine

TEXRail kicked off commuter rail service between Downtown Fort Worth and DFW International Airport on New Year's Eve with a ceremonial run between the Grapevine/Main Street Station and the airport.

The route extends about 27 miles using existing freight tracks and includes nine stations along the way. Work started in 2016 and had already inspired more than $336M in transit-oriented development along its route by October, according to Trinity Metro, which is overseeing operations.

One transit-oriented development  is Grapevine Main, a $105M mixed-use property in Grapevine that will feature retail, restaurant, office, hospitality space and a train station. The development is a public-private partnership with the city of Grapevine, TEXRail and Coury Hospitality.

Service will be provided by eight Third Generation FLIRTs — Fast Light Innovative Regional Trains — made for Trinity Metro by German manufacturer Stadler Bussnang AG, which assembled the trains in Utah. Each train is ADA compliant and can carry as many as 488 passengers.

Passengers for the first run included Fort Worth Mayor Betsy Price, Grapevine Mayor William Tate, Trinity Metro Chairman Scott Mahaffey and CEO Paul Ballard, and other dignitaries. Service will open to the public on Saturday for no charge until the end of January.