It will take three to four days for a massive wrecking ball to demolish what's left of 2828 North Haskell in Dallas, a building now known around the world as the #leaningtowerofdallas. 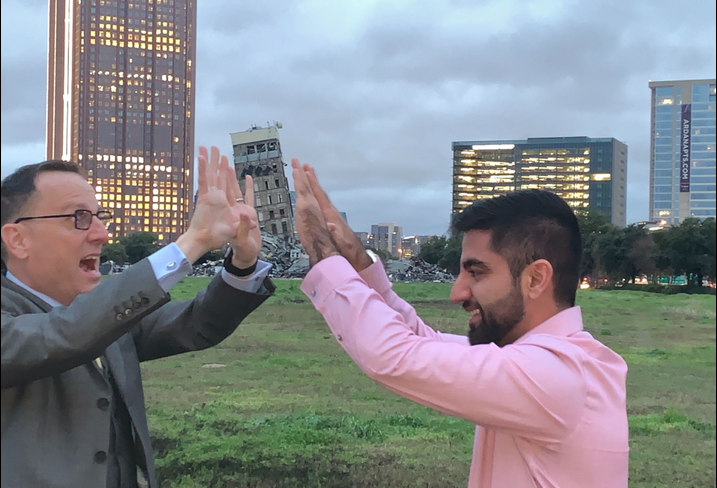 Despite the developer's intention to tear it down last week, the former Affiliated Computer Services building remained partly intact after technicians pulled the trigger on controlled explosives planted inside.

Since the headline-making demolition fail, the leaning tower of Dallas has become the subject of 1,000 Instagram posts, according to site owner and developer De La Vega Development.

Bisnow's own Adam Keith and Hussain Masumi got in on the fun, taking pictures holding up the tower with their bare hands to illustrate just how vulnerable looking and tough the building is all at the same time.

Once the building is fully demolished by wrecking ball this week, De La Vega Development will launch construction on a 27-acre master-planned community known as The Central.

A 5,600-pound wrecking ball started working on the building Monday.

The developer said it hopes to be finished by midweek.