Dallas' Bryan Tower Is For Sale

The 40-story Bryan Tower in Downtown Dallas is up for grabs, the latest in a wave of older Downtown properties to seek new owners and new life. 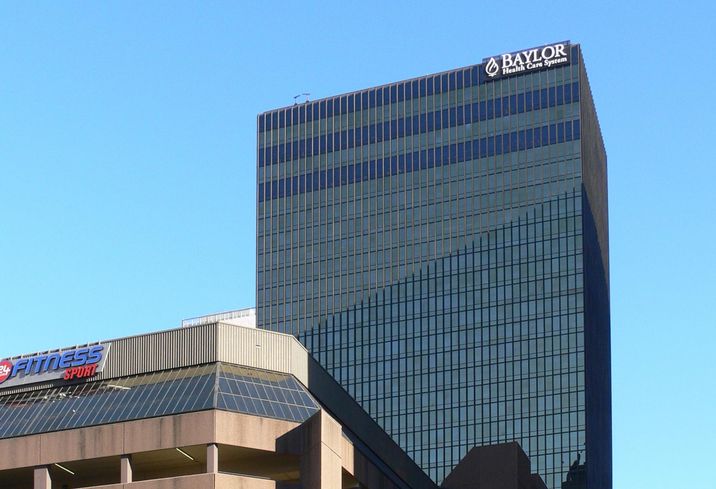 Wikipedia/Andreas Praefcke
Bryan Tower in Downtown Dallas is for sale.

The four-decade-old property underwent a $40M renovation at the turn of the century and is once again a blank 1.12M SF canvas for investors who have a vision for Downtown's aging skyscrapers, according to JLL, which listed the skyscraper for sale on its website this month.

Buyers have the option to build new parking, street-level retail, or an attached hospitality or residential component to reinvigorate the building, JLL said in its marketing materials.

Built by Trammell Crow in 1972, the tower sits at the foot of the Arts District and the Dallas Main Street Corridor. The building was renovated twice in the past 20 years: once in 2000 and again in 2015, according to building owner Spire's webpage.

Bryan Tower's anchor tenant, Baylor Healthcare, makes up 25% of the building’s rentable space and is vacating in August, leaving extensive room for redevelopment.

The 42-floor CityPlace Tower — owned by Highland Capital Management affiliate NexPoint Advisors — announced earlier this year that its owner would set up an InterContinental Hotels & Resorts-branded hotel inside the property.

The 60-story Fountain Place Downtown, built in 1986, also underwent an overhaul when Goddard Investments spent $70M redeveloping the property after buying it in 2014. Before it was finalized, the group added a 10-story parking garage and retail space, updated the lobby and restored the center's outside fountains.