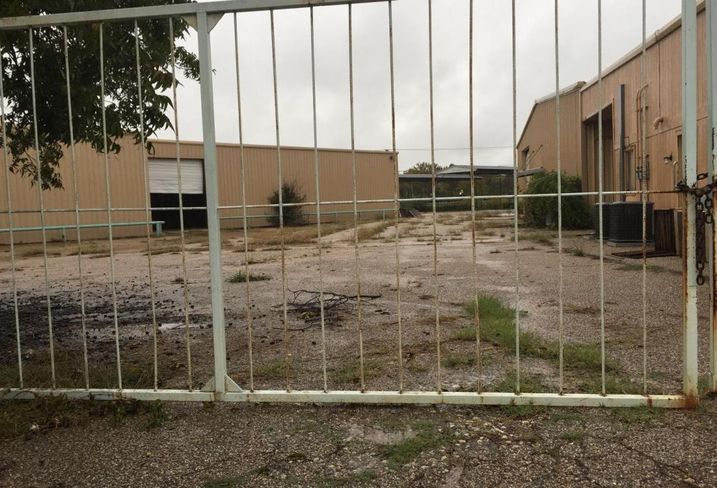 Lake, CEO of Dallas-based Jim Lake Cos., is credited with the revitalization of Waxahachie’s historic town square and his wife, Moreno, is in the midst of a similar effort just to the east in Ennis. The two formed Lake Moreno Partners LLC to redevelop Cedar Hill’s downtown.

“Cedar Hill is a beautiful small town and close by the other communities that we are redeveloping,” Lake said. “The city had reached out to us because of what we were doing in Waxahachie and Ennis. We met with them for over two years to come up with a redevelopment plan for their downtown.”

But its downtown has been lacking. Babe’s Chicken Dinner House draws a crowd, including people who drive in from other cities, but there isn’t much else around. Downtown Cedar Hill doesn’t have the architecturally historical buildings that draw people to Waxahachie’s downtown square.

Still, Lake and Moreno said they see potential in Cedar Hill. They will tackle the redevelopment of a 1960s-era former lumber and hardware property and add new development into the mix to create a unique downtown vibe. 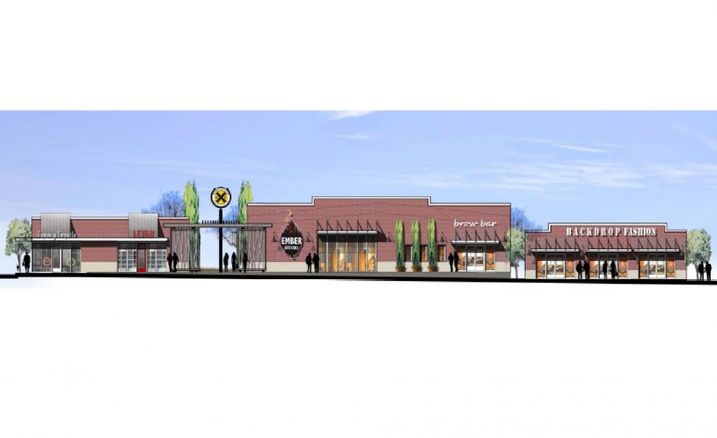 The $10M first phase of the project is on about 5 acres near the intersection of West Belt Line Road and Broad Street and is expected to kick off construction next summer with completion in 2021.

It will include a mix of retail, office and residential space, including a tiny home component and compact live/work residences. The project’s first phase will take a 40K SF lumberyard building constructed in the 1960s and convert it into multiple new uses: retail, restaurant and event space.

“The existing building is not much to look at but we’ve got pretty good architectural redevelopment plans,” Lake said. The larger space will be broken into smaller spaces.

In addition, 12 office/residences of 730 SF each will be developed from several existing metal buildings on the lumberyard site along Cedar Street. The new construction portion of the project will include 12 tiny homes, each 400 SF.

As many as four more phases could eventually expand the development onto further acreage, Lake said.

“There is Babe’s and there’s a pizza spot and a few little shops [downtown], and we think that if we can do what we’ve done in other areas where we’ve come in and redeveloped, we think we can draw more people to the downtown,” Lake said.

“Once we do that, then we think the ball will get rolling with other properties and other redevelopers and developers,” he said. 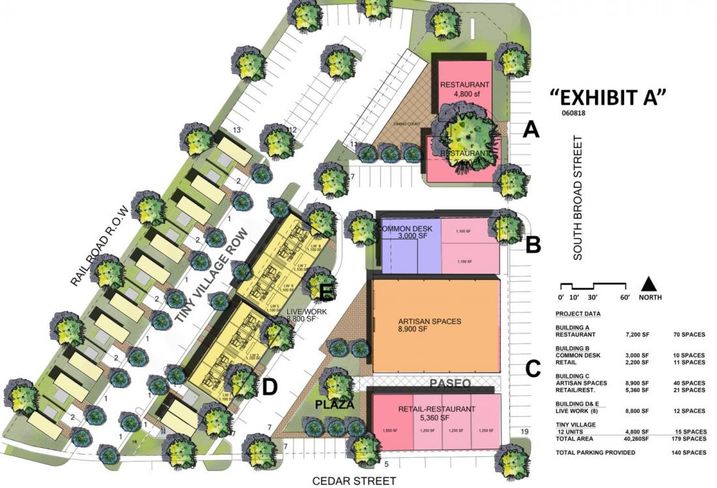 A public-private partnership enabled the project to move forward. Lake Moreno Partners is acquiring the property from the Cedar Hill Economic Development Corp. at market value ($1.8M) through a forgivable loan, based on certain development performance milestones. There is an additional incentive of up to $1M to support off-site infrastructure associated with the development, according to City Manager Greg Porter.

Allison Thompson, director of economic development for the city of Cedar Hill, said the tiny homes and live/work residences were chosen as they will fit in with the smaller scale of development in downtown.

“We don’t want to do anything that overwhelms the buildings and the scale that is there. Having the tiny homes and the live/work space allow for cool things to happen like artists (galleries/residences) and small shops — a different development than what you’d see in midtown, or the malls or the power centers,” she said.

“We know what great work Jim and Amanda do and how much heart they put into their projects,” Thompson said. “They are a great match for Cedar Hill.”